Ether fights for the trend

Bitcoin has stopped falling but has still not managed to gain strength to rise, remaining near $20K. Ethereum remains more interesting for buyers, increasing 1.6% overnight to above $1600. Top altcoins showed mixed dynamics: from a decline of 1.3% (Dogecoin) to a rise of 2.2% (Cardano). Total crypto market capitalisation, according to CoinMarketCap, rose 0.2% overnight to $997bn. The Cryptocurrency Fear & Greed Index fell 4 points to 23 by Wednesday and moved into "extreme fear" status.

The upcoming move to proof-of-stake creates a speculative component to Ethereum's dynamics. While in the short term, after September 6, there could be a "sell-through," causing pressure on the price, in the longer term, such a transition will strengthen interest in using Ethereum for transactions, making them cheaper. This promises more interest in the coin, allowing it to remain "better than the market".

On the data analysis side, ETHUSD is trying to get back above the 50-day average, which is an informal indicator of the medium-term trend. A consolidation above $1620, like in July, could be a prolonged rally with possible targets at $2000-2200 in the nearest future. The opposite is also true. A reversal down from this level will weaken bulls, as it did in February and April, triggering a new decline towards $1000. 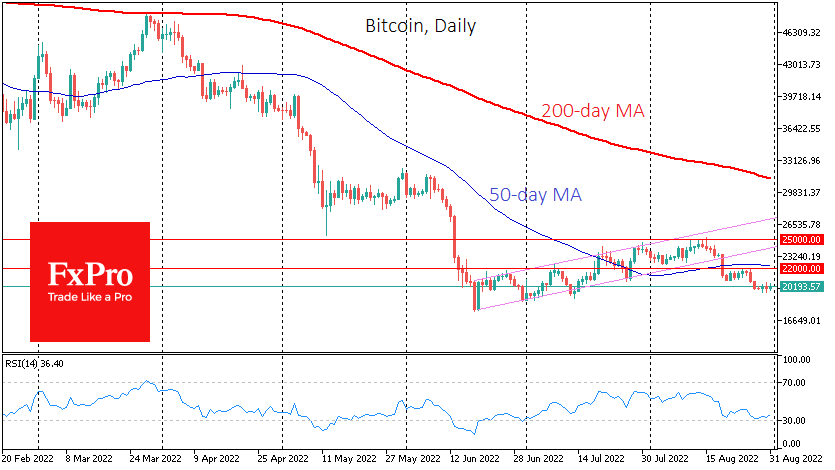 Some 5,000 BTCs, which have been in "hibernation" for the past 7-9 years, are on the move, said Look Into Bitcoin founder Philip Swift, citing data from the Whale Shadows indicator. Historically, such spikes in activity have preceded significant price declines. 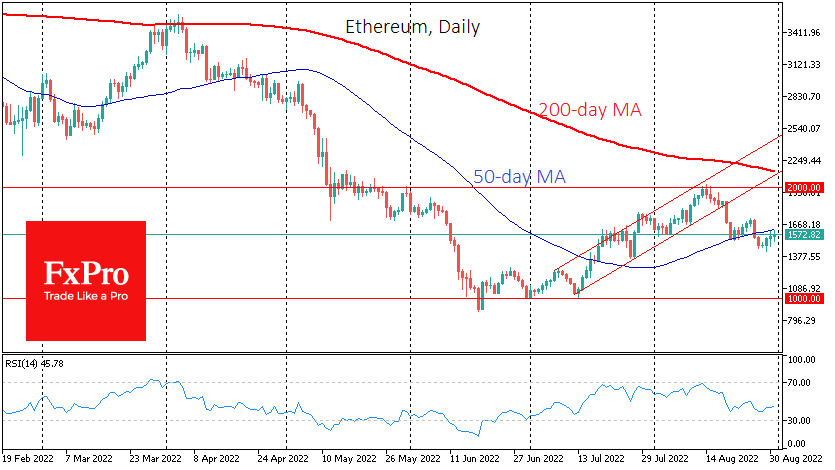 A link has been established between the 10,000 BTC, which on August 29 went in motion for the first time since 2013, and the bankrupt cryptocurrency exchange Mt.Gox, a Telegram channel reported.

Meanwhile, the US Federal Bureau of Investigation has advised investors to be wary of investing in decentralised finance (DeFi) projects as they are too vulnerable to hacking.

Iranian authorities have approved a comprehensive law regulating cryptocurrency transactions. In particular, imports from abroad with payment in digital assets are allowed.

Five tips for investing during a global recession

The crypto market in retreat

Thanks to Ethereum, "altcoin" is no longer a slur