Other leading altcoins added between 0.4% (XRP) and 2.6% (BNB). Total market capitalisation, according to CoinMarketCap, rose 0.4% overnight to $1.08 trillion. The cryptocurrency Fear & Greed Index rose 1 point to 31.

Bitcoin has been under pressure all Thursday, despite continued positive stock market momentum and a general increase in demand for risk. Such dynamics of the crypto market again show how far it is from the sentiment that pushed the price ahead in the past two years. 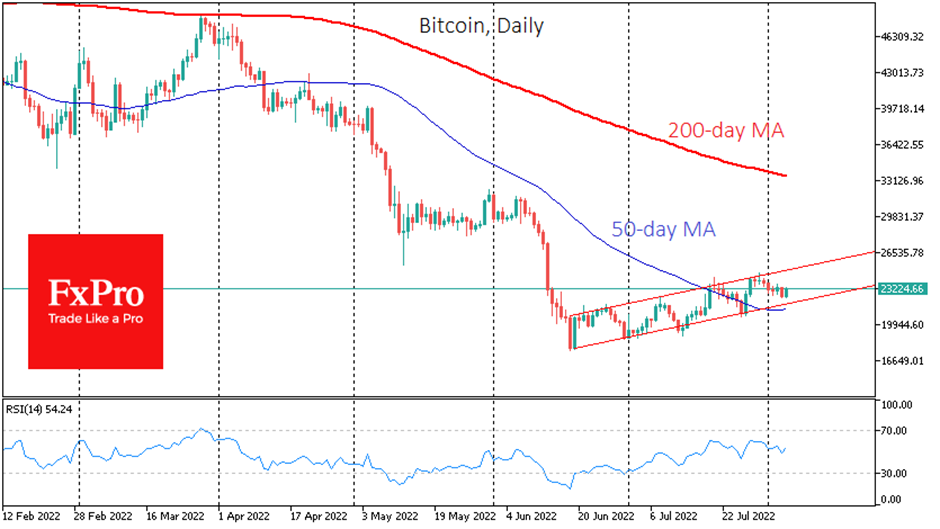 From another perspective, BTCUSD has reversed to the upside this morning just above the lower boundary of its accending corridor, held for the last seven weeks and stayed above its 200-week moving average.

Ark Invest calculates that BTC has fallen below the 200-WMA only seven times in history. After recovering above that line, the annual return on the asset has averaged around 240%. Along with the uptrend, the difficulty of mining increased by 1.74% for the first time in two months. 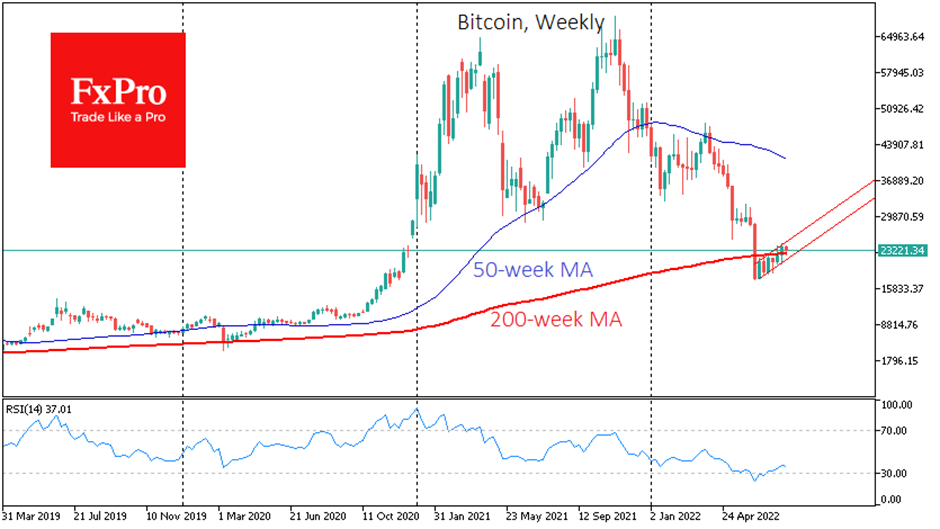 Mastercard noted that it views cryptocurrencies as an asset class rather than a means of payment because of their volatility in price. Stablecoins and DH digital currencies have a better chance of occupying this niche.

FTX CEO Sam Bankman-Fried praised a bill introduced in the US Congress that would give the authority to regulate the crypto market - the Futures Trading Commission (CFTC).

The recent hack of the Project Nomad bridge, in which hackers managed to take out $190 million in assets, was the 13th hack in the industry since the beginning of the year. According to Chainalysis, the total amount of damage was $2bn. Blockchain security agency SlowMist believes that cryptocurrencies are safer than DeFi and firewalls. According to Peckshield, hackers withdrew $4.8m from ZB, a decentralised crypto exchange that claimed to be the most secure in the world.