Bitcoin: How the $1 million rally begins

Bitcoin (BTC) is up 2.04% to $39,432 on Thursday 28 April 2022. This makes it one of the few cryptocurrencies, along with Ethereum (ETH) and Solana (SOL), to show a profit among the top 20 coins. The founder and former CEO of the Bitcoin Mercantile Exchange (BitMEX), Arthur Hayes, believes that a rosy future lies ahead for bitcoin. He firmly expects BTC to reach the magic mark of 1 million dollars before the end of the decade. 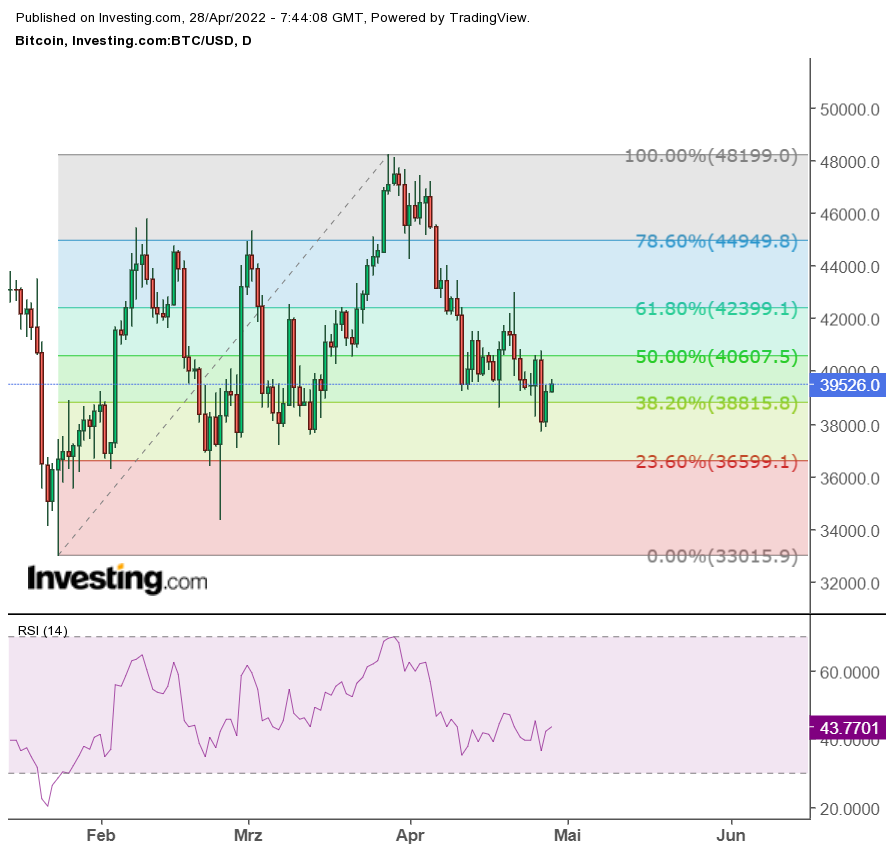 In a blog post, Hayes addressed what consequences the coronavirus pandemic and the war in Ukraine will have on the world's largest economies. He fears that the resulting consequences will show that central banks are no longer in control.

And as the flaws in Western financial policy come to light, bitcoin and gold will be the biggest beneficiaries of the new situation, as Hayes explained:

"Controlling the yield curve is the endgame. Once it is implicitly or explicitly decided, it is over for the value of the USD compared to gold and especially bitcoin. With yield curve control, the way is clear for bitcoin to rise to $1 million while gold climbs to $10,000 to $20,000. There is no other politically defensible option, and the actions against Russia are a guarantee that yield curve control will come sooner than you think."