What Is a Bear Trap in Trading and How to Handle It?

In this guide, we'd like to tell you about the opposite event in the market: a bear trap. The bear trap is as risky as the bull trap, and it's always a challenge to identify this event, whether you're an experienced trader or a newbie. However, if you read our tutorial, you'll learn how to deal with the bear trap in real market conditions.

What Is a Bear Trap, and Why Does It Happen?

As usual, weэll start with the definition. A bear trap is a market situation in which sellers expect the bearish movement to continue, but the market changes course.

A bear trap is a market situation in which traders expect downward movement to continue after a sudden support breakout, but the market changes course.

The price sharply declines and breaks the support level, which lures traders who believe the downtrend will continue. In that case, the investor might trail the take-profit level, for instance. However, the breakout turns out to be only temporary, and the market reverses course. If the trader misses this situation, he/she will definitely lose money.

The bear trap's key disadvantage is that it can happen during any timeframe and with any asset, including fiat currencies, cryptocurrencies, stocks, indices and CFDs. It's a big challenge for traders as they have to be cautious the entire time they trade.

Why Do Traps Happen?

There can be several reasons why a bear trap occurs on the chart. Of course, the major factor is the inability of bears to pull the price further down. But this inability occurs due to certain factors, as seen below:

The key reason is the weakness of bears due to certain market events.

Although the definition is simple, it's always better to look at real-market examples. 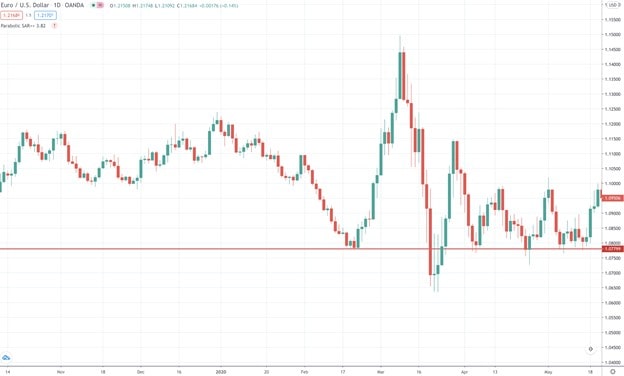 An example of a bear trap

For instance, in this daily chart of the EUR/USD pair, the price broke below the support, but the downtrend didn't continue.

How to Identify a Bear Trap - Technical Analysis

A bear trap can trigger dramatic losses, but we're here to help you minimise risks while trading. Let's look at technical indicators that can signal a bear trap before you get caught up in the trap.

Fibonacci levels are a perfect indicator for identifying price reversals. If you see that the market has turned around, you should apply Fibonacci retracement levels on the price chart. The trend reversal will be confirmed only if the price breaks one of the Fibonacci levels. Otherwise, it's a sign of a bear trap.

There are several indicators that are used to provide divergence signals. The most famous and reliable ones are RSI, MACD, and Awesome Oscillator. If you don't know what divergence is, we'll give you a brief definition.

Divergence is a market situation in which the price and indicator go in different directions.

Divergence is really simple to use. All you need to do is check whether the indicator moves in the same direction as the price. If there's a divergence, then there's a high risk of a bear trap.

Technical indicators are reliable. However, there's another way to identify a bear trap: chart patterns.

If you're an experienced trader, you won't have difficulties identifying a bear trap by simply checking the price direction. Look at the chart below. We have a descending triangle in which the price broke below the bottom line, which signals a continuation of the downtrend. However, the price had already fallen before. Why enter the market now if there's no clarity on how long the drop will continue? 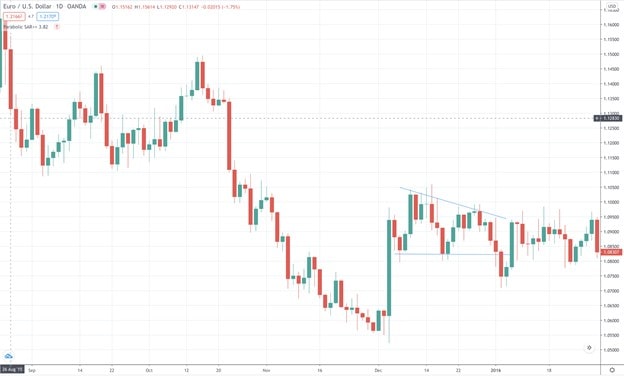 If you see any reversal candlestick formation, such as a hammer, morning star, harami, or engulfing pattern, there will be an upward market reversal. As such, you should avoid opening a short trade.

Imagine the price falls below the support level but turns around. It's early to think this is a bear trap because it can be just a short-term correction. Thus, you should wait until the price rises above the support (the level has already become a resistance). If this happens, the trend is anticipated to turn bullish. That means a support retest doesn't guarantee a bear trap. In this case, we have a non-classic bear trap in trading.

Examples of reversal patterns are the double bottom and the reversal head-and-shoulders patterns. The idea is simple: the pattern signals an upward movement. If you see a fully formed reversal pattern, you can't expect the market will keep falling. Any decline will likely become a trap.

Why avoid bear traps? The answer is clear: to avoid losing money. If you enter the market and a bear trap occurs, you can't predict the length of the downward movement or place a take-profit level. Furthermore, there's a risk that you'll simply miss the point of the market reversal.

Below, you can find several ways to avoid falling into a trap.

To understand whether the downward movement is strong enough to continue, you should check the volume, which reflects the bears' strength. If the indicator doesn't show increased values, there's no point in entering the market because the chance is low that bears will have enough strength to pull the price further down after a support breakout.

Candlesticks provide one of the most reliable signals, which is why we highly recommend that you learn the most famous ones. In the previous part, we mentioned such patterns.

Reversal candlesticks and Doji candles should be considered signals of a bullish market direction.

If the market forms a reversal candlestick pattern after the downward breakout, there's almost no chance the decline will persist.

How do you identify whether the trend has already formed or if there's a chance for a further decline? The length corresponds with the timeframe. For instance, an hourly price decrease is not a trend for big timeframes. It is, however, a trend for small ones.

Still, we recommend entering the market as soon as the price turns around, not after the trend has almost formed.

Although it's not easy to identify a bear trap, it is possible. In the previous parts, we listed many ways to do that, so be careful and learn how to determine the bear trap. You can do that with a Libertex demo account. The account provides risk-free access to different markets and a whole range of tools that should be used to identify a bear trap.

The idea of a Sell Stop order is to open a short position when the support is broken. But what if the breakout is a trap? Limit orders aren't subject to the whims of the market. Traders place limit orders when they want to execute a trade in the future, not now.

So, if you do place a Sell Stop order, we recommend checking the market more often than you usually do.

How to Trade Bear Traps: the Best Trading Strategies

The bear trap is a tricky market situation that involves the potential of losing money. Still, if you know how to turn the situation in your favour, you have chances to come out ahead. 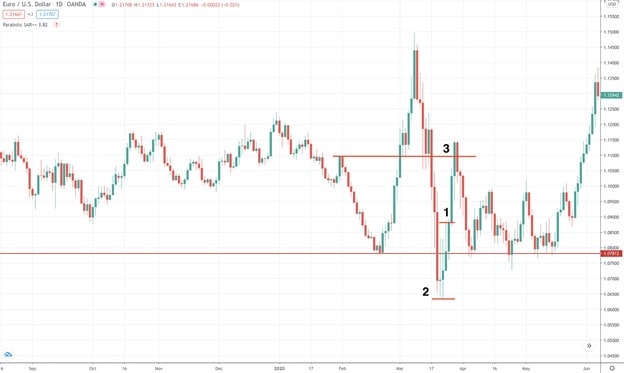 If you trade, you can buy and sell a security without owning it. If a bear trap occurs, you should buy. This strategy is as simple as the previous one. The main idea is to buy when the bear trap is confirmed.

It sounds easy, but there's a crucial element: you must be sure it's a bear trap. Check the following steps: 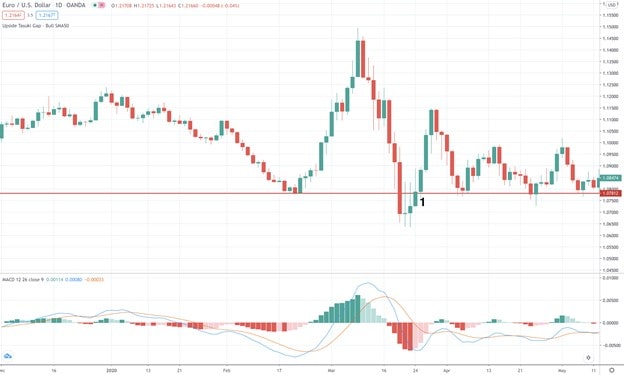 The Bear Trap in Trading: Trade or Avoid?

In this article, we've gathered the most relevant information about the bear trap. As you've learned, the bear trap is a risky situation that can affect your wallet. We recommend avoiding bear traps, but if you can't, you should learn how to handle them.

Of course, it's a bad idea to learn the ropes of this skill in the real market. That's why Libertex provides a demo account that provides a risk-free environment that helps you gain experience. You can select from a wide choice of instruments, for example, CFDs on assets like fiat currencies, stocks and cryptocurrencies.

What Does the Bear Trap Mean in Trading?

A bear trap is a market situation in which traders expect downward movement to continue, but the market reverses back.

How Do You Know If It's a Bear Trap?

You'll understand that it's a bear trap if you see that the market breaks below the support but then turns around and starts rising.

How Do You Stop a Bear Trap?

A bear trap can't be stopped. However, you can predict it or trade it if you're already in the market.

Is the Market in a Bear Trap?

A bear trap can occur in any market and at any time. So, before answering this question, you should choose an asset to trade and see what's happening with it on the price chart.