XEM was once considered as one of the most promising altcoins of those outside the top 10 ranks, thanks mainly to its interesting fundamentals. XEM is the native cryptocurrency of the NEM ecosystem, which stands for the New Economy Movement. In essence, it’s an open-source, peer-to-peer payment platform that utilizes the Proof-of-Importance (POI) consensus algorithm that is somewhat similar to POS since it assesses the reputation of a network participant on the basis of the amount of XEM in his digital wallet. The difference between the two algorithms is that POI takes into account not only the number of coins stashed in the balance but also the transactional activity associated with a wallet, as well as the number and the size of transactions over a given period of time.

Back in the day, this solution was met with sheer enthusiasm by the crypto community, and many analytics predicted that XEM would become a star coin in 2018 - 2019, and even occupy the place close to the top of global rankings. However, things had turned quite differently for the coin and the organization that stands behind it. The NEM Foundation faced serious financial issued and was even close to declaring bankruptcy.

The tough times for XEM began with the infamous hack of the Japanese cryptocurrency exchange Coincheck that occurred on January 26, 2018. The hackers stole 523 million XEM or nearly $540 million, which forced the organization to release a large portion of funds allocated for the team members and even lay off most of its staff. This unfortunate event resulted in XEM being degraded in the global ranking from the 18th to the current 30th place, a pit from which the cryptocurrency still can’t find its way out.

Staying in the corridor

To further emphasize the notion that XEM still finds itself in tough sledding, here is the comparison table of coin’s gains over several time periods against the three most important currencies.

It’s obvious that NEM has had only a very brief period of average gains over the course of the previous year, a performance that might persist in the present year.

On the daily time frame against USDT, XEM has been moving obediently within the confines of the descending channel - even the recent bull rally didn’t drag the price outside that corridor. 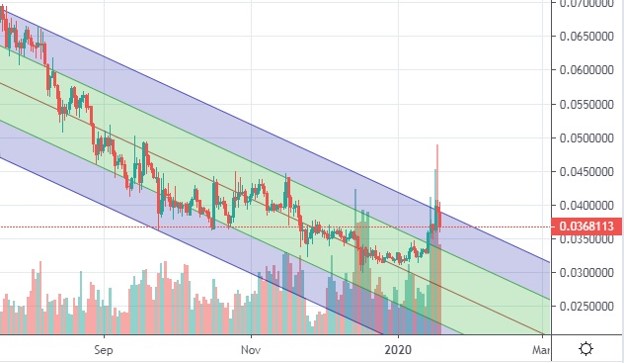 On the weekly time frame, the price has fallen just below the levels of February 2019, opening the doors for speculations regarding whether $0.037 would turn to new resistance. 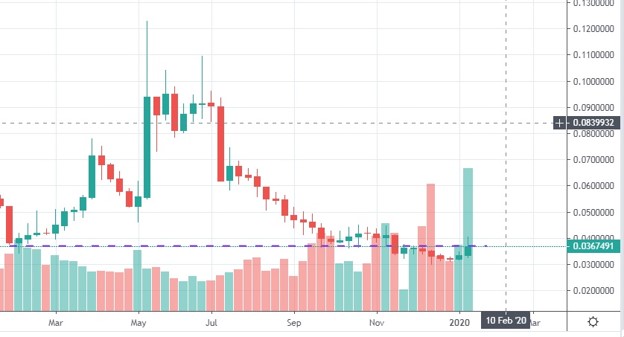 On the 4-hour XEM/USDT chart, the price had crashed through the ascending wedge to the downside and tested the previous resistance level at $0.36. 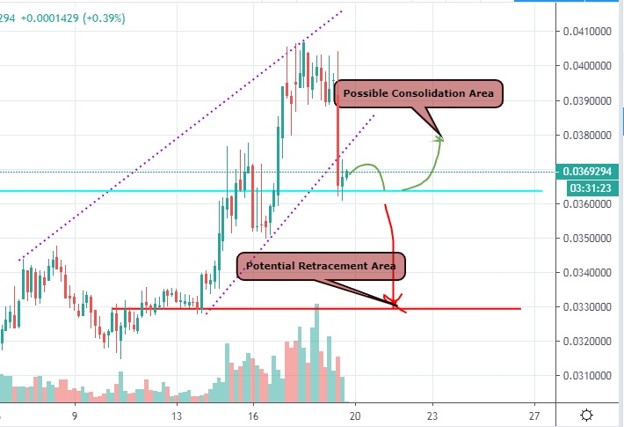 The next week is going to be decisive for NEM as it will reveal whether the coin would consolidate at that level or retrace back to the pre-pump positions. The 14-day RSI shows that XEM is at 44.95, which is within the consolidation range. However, the price has fallen below the 50-day moving average, which might point at a further decrease. All in all, now might be a good time to exit the XEM position and take the profit or cut the losses, because if the $0.36 support gets broken, the downfall could be substantial.