Where will BTC go from here?

We are more than halfway through 2019, and Bitcoin's price has experienced quite a few changes in the last eight months. In many ways, the first cryptocurrency's performance throughout the year is quite similar to its behavior in 2017, at least when it comes to the first six months of 2019.

BTC started the year at a pretty low point, which is where it ended up after an entire year of price crashes and a general bear market, which we have come to know as the crypto winter of 2018. The first price crash happened at 2018's start, while the second one happened in November, almost at the very end. At its lowest point, BTC was at around $3,200, and it entered 2019 while only being a bit higher than that, at $3,600. 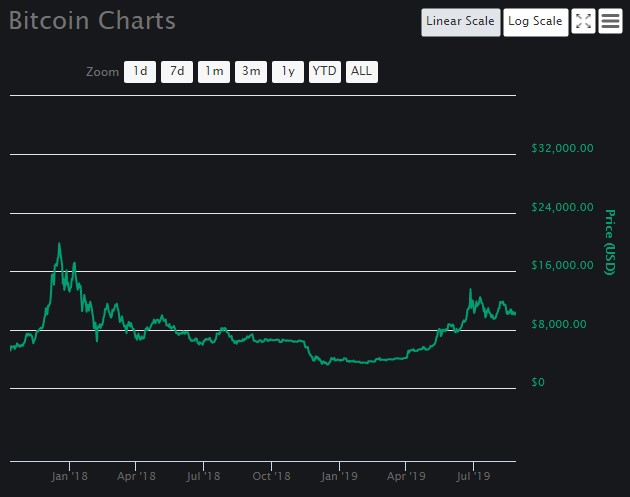 During the first three months of 2019, Bitcoin's price saw a minimal change. It mostly fluctuated between $3,600 and $4,000, which is considered relatively stable for Bitcoin. However, on April 1st, BTC saw a massive surge that allowed it to almost instantly breach not only its resistance level at $4,000, but also the one at $5,000. Considering the date, you might have thought it a joke, but then April 2nd arrived, and BTC was still above $5,000 — if only barely.

Then came May, and BTC saw its real surge. During the first two weeks of the month, BTC was on a constant, steady rise, which eventually allowed it to climb above $7,500. It spent the rest of the month, as well as the first half of June going up and down between $7,500 and $8,500. Then, on June 11th, it started surging yet again, this time breaching one level after another, until it reached its highest point in 2019 so far — $13,750. 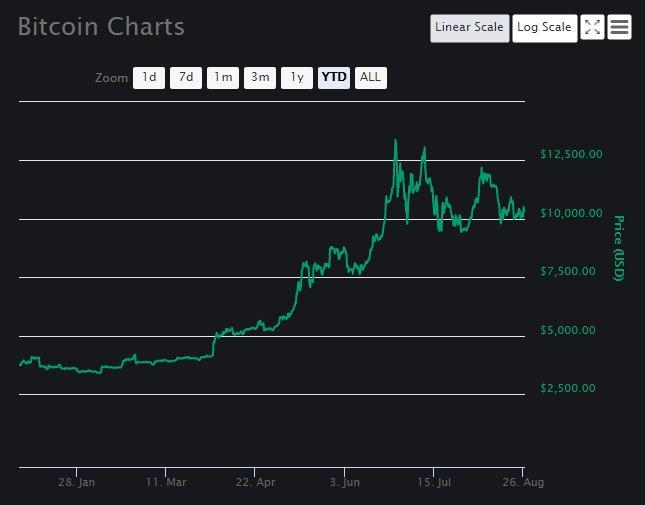 While BTC was obviously aiming at the resistance level at $14,000, it never reached it, and its climb to $13,750 was followed by a sharp drop back to $10,000. It managed to surge again, and even go beyond $12,500, which was once again followed by a drop. Once more, the drop was stopped by a support at $10,000, which has been its largest support so far. Even now, BTC sits slightly above this level, biding its time and likely waiting for the next opportunity to grow.

Where will BTC go from here?

Ever since the crypto winter started, experts have been expecting a major new bull run that will take BTC back to its all-time high, and possibly beyond. In fact, the least optimistic experts claim that BTC is likely to return to $20,000 by the end of the year. The most optimistic ones foresee it going much higher than that, maybe even hitting $50,000 or even $100,000.

There were also many extremely optimistic predictions, such as BTC hitting $1,000,000 in the next few years, although it would be impossible to say what can or can't happen at this point. The crypto space still suffers from the lack of rules and regulations, and pretty much anything is possible. A refreshed interest in the crypto industry — enhanced by the interest of companies like Facebook, Telegram, JP Morgan, and others who have announced their own coins — has driven the BTC price nearly three-quarters towards its all-time high at one point. Currently, its price is only halfway there, after sinking and growing a few times.

For now, it seems stable, but a new bull run can start at any point. Bakkt's announcement that Bitcoin futures contracts will finally see the launch in September is likely going to be a cause of another surge, so anyone looking to trade and invest in Bitcoin should keep that in mind.

Other than that, the coin seems just as unpredictable as ever, and, once again — anything is possible.