What awaits BCH in the future?

Bitcoin Cash (BCH) is one of the largest cryptocurrencies in the entire crypto market. It currently holds the fourth spot on the list of largest coins by market cap, with its own market cap sitting at $5,43 billion. However, many might be wondering what awaits this fork of Bitcoin in the future? To gain some insight, we should first take a look at the coin's past, and understand its performance so far.

As mentioned, BCH was launched as a fork of Bitcoin in the summer of 2017. It came to be after a group of miners and developers started having concerns about the direction in which Bitcoin was going. They wanted to push an update that would increase the block size and transaction speed, eventually ending up with a new coin — BCH. 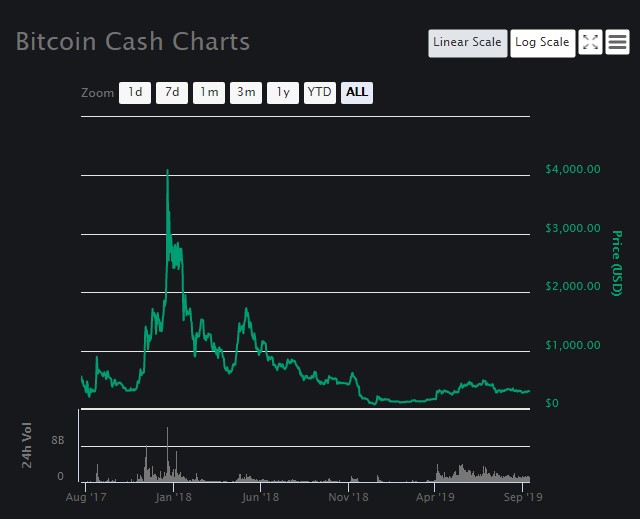 As the crypto market started recovering in 2019, BCH pretty much followed Bitcoin's lead, being relatively stable and dormant until April 1st of this year, when it suddenly spiked and broke the resistance at $180. Its price went through several short-term surges, hitting one milestone after another with each new spike up. Eventually, it reached its 2019 peak at $491 in the second half of June, after which it saw a rather sudden drop to around $300. 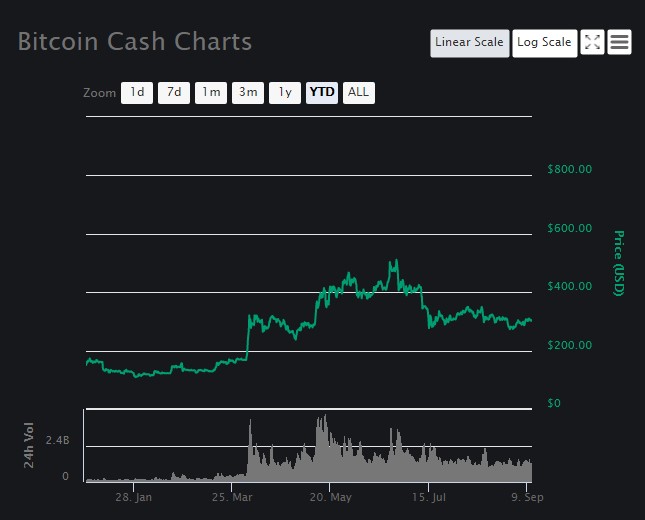 In other words, the coin's price got almost cut in half by mid-July, and it has managed to maintain this level ever since, with small fluctuations.

At the time of writing, its price sits at $301, with $300 acting as its strongest support in the last few months. However, the coin still has strong ties to Bitcoin itself, and it follows its performance closely.

What awaits BCH in the future?

When it comes to the future of BCH, it is difficult to predict what might happen. However, as mentioned, the coin still has strong ties to BTC, which makes it likely that it will simply follow Bitcoin's lead. In other words, if Bitcoin happens to grow, so will BCH, and if Bitcoin drops, Bitcoin Cash won't be far behind.

For now, Bitcoin appears to be relatively stable, and its price manages to remain only slightly above $10,000, similarly to how BCH sits only slightly above $300. However, historically — Bitcoin often experienced sharp surges as the year came to a close, especially back in 2017. With the first half of September being almost over, it is possible that the coin will start surging in weeks to come.

Another thing to take into account is that Bitcoin halving is approaching as well, currently expected to arrive somewhat sooner than expected, in April 2020. Halving also often impacts the coins' price in a positive way, causing a major surge in the months before the event, so BTC is more than likely to see significant growth in the next few months. And, as mentioned, BCH is almost guaranteed to follow, and so is the majority of the crypto market.

In other words, BCH is expected to see some positive development quite soon. While there is no guarantee that things will play out this way, the possibility of it happening is relatively large, so anyone interested in investing in the coin should keep a close eye on its performance.