V Systems (VSYS) belongs to a cohort of freshly surfaced altcoins that holds great potential but is often overlooked by most experts and analysts. The coin currently resides at the 39th spot on Coinmarketcap with the price that has been keeping under the waterline of $0,08 over the course of last month. 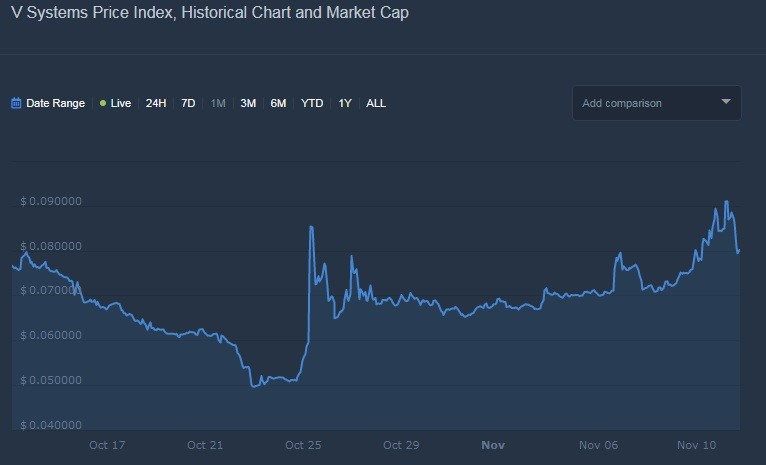 The total market capitalization of VSYS amounts to $158 million, which is a mere two million more than its closest pursuer Holo, and ten million more than that of Bitcoin Gold. This means that the ranking of these two cryptocurrencies might change from time to time, depending on the pace of their development and implementation.

VSYS’s biggest rivals, however, are TrueUSD, 0x, and Hedge Trade, with the latter boasting a solid market cap of $200 million. Therefore, the V Systems team should make an effort to attract additional capital in order not to lose the competitive battle. But VSYS has two trump cards up its sleeve, namely solid fundamentals and the “youthfulness” of the coin. These two factors may play a decisive role in future developments.

The fundamental value of VSYS

As already mentioned, V Systems is the coin that has just entered the crypto space. Although the eponymous project was founded almost four years ago, the developers decided not to get ahead of themselves with the release of native cryptocurrency.

Instead, they focused on the development of the blockchain that is run on the proprietary consensus algorithm called the Supernode Proof-of-Stake, as well as the cloud-based network, designed specifically to suit the needs of the developers of decentralized applications, facilitate the issuance of new tokens, and carry out transactions at a negligent fees of less than 1 VSYS.

It is also important to note that one of the founders of V Systems is Sunny King, a developer of the original Proof-of-Stake protocol and a superstar computer scientist, whose recognizability in the crypto community can be matched only by that of Satoshi Nakamoto. He was behind the two other PoS-based cryptocurrencies, namely Primecoin (XPM) and Peercoin (PPC), which, however, had fallen out of the picture and to the bottom of the Coinmarketcap rankings. Nevertheless, VSYS was recognized by many as King’s best creation so far, which instill confidence in coin’s fundamentals.

Possible price developments in the next few months

VSYS was listed on major cryptocurrency exchanges this March. At that point, the coin was traded around $0.03, though by the end of that month, it began an uphill walk towards the all-time high of $0.26, recorded during the last days of July. 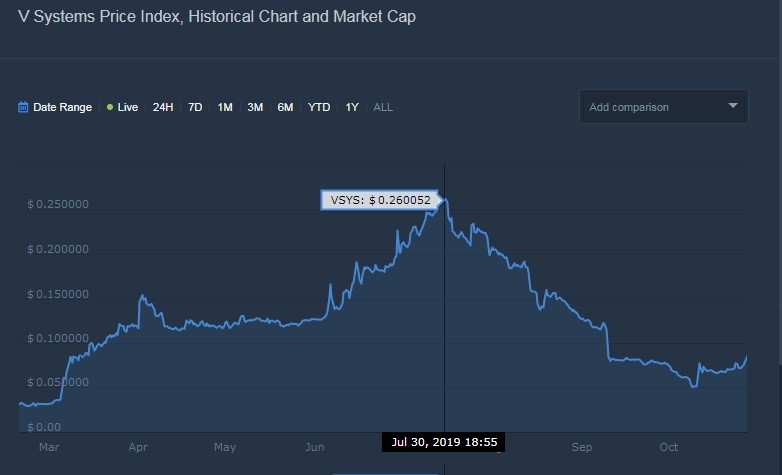 Considering the fact that the crypto market at that time was only on a modest bull run, these showings could serve as a prerequisite for much better gains in the near future. As we can see from the chart above, VSYS is characterized by a smooth price movement, void of many violent spikes and downfalls, which is an excellent feat for determining the trend.

All major technical indicators like EMA and SMA show the relatively strong buy signals for the remainder of 2019, though RSI and Stochastic oscillators remain neutral towards this coin. 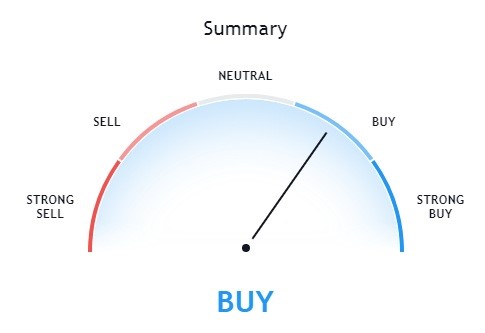 Given its strong fundamentals and very young age, VSYS is gear up for the lengthy trip to the upside as soon as the opportunity presents itself. It could be said with an appropriate degree of certainty that we haven’t seen the real all-time of this coin yet, so you should definitely keep V Systems on your radar for the duration of the first half of 2020, because that could be the prime time of this cryptocurrency.