Even though TRON hasn't been overly impressive in the post-crisis period, it continues to demonstrate a stable and persistent growth during the past four months. The last 30 days have been especially fruitful for TRX since it gained 22.3% in the USDT market while remaining at the level with Bitcoin. 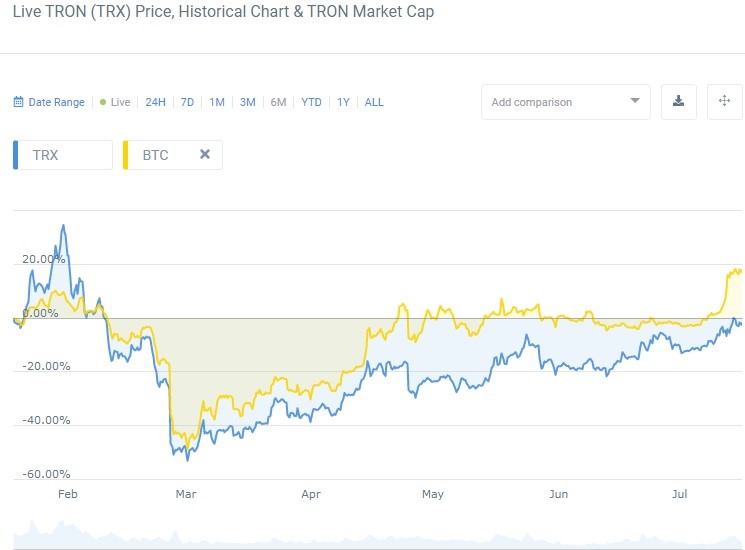 With DeFi currently being at the center of attention, TRON has fallen to the wayside with its platform for decentralized apps lately, with only news headlines that mention the 16th cryptocurrency being devoted to the personality of a slightly self-obsessed Justin Sun and the COVID-19 grant. But that should be the least of traders' worries because the price stays on the right course, which is to the upside. But the period of calm bullish price action might be coming to a close since TRON is now facing two firm resistance levels at $0.19 - $0.2 and $0.22 - $0.23, the resolution of which could change the entire disposition in this market.

TRON might be up for a tough test at the resistance

First, let's analyze the weekly chart, where we laid out the most important areas of price interaction. 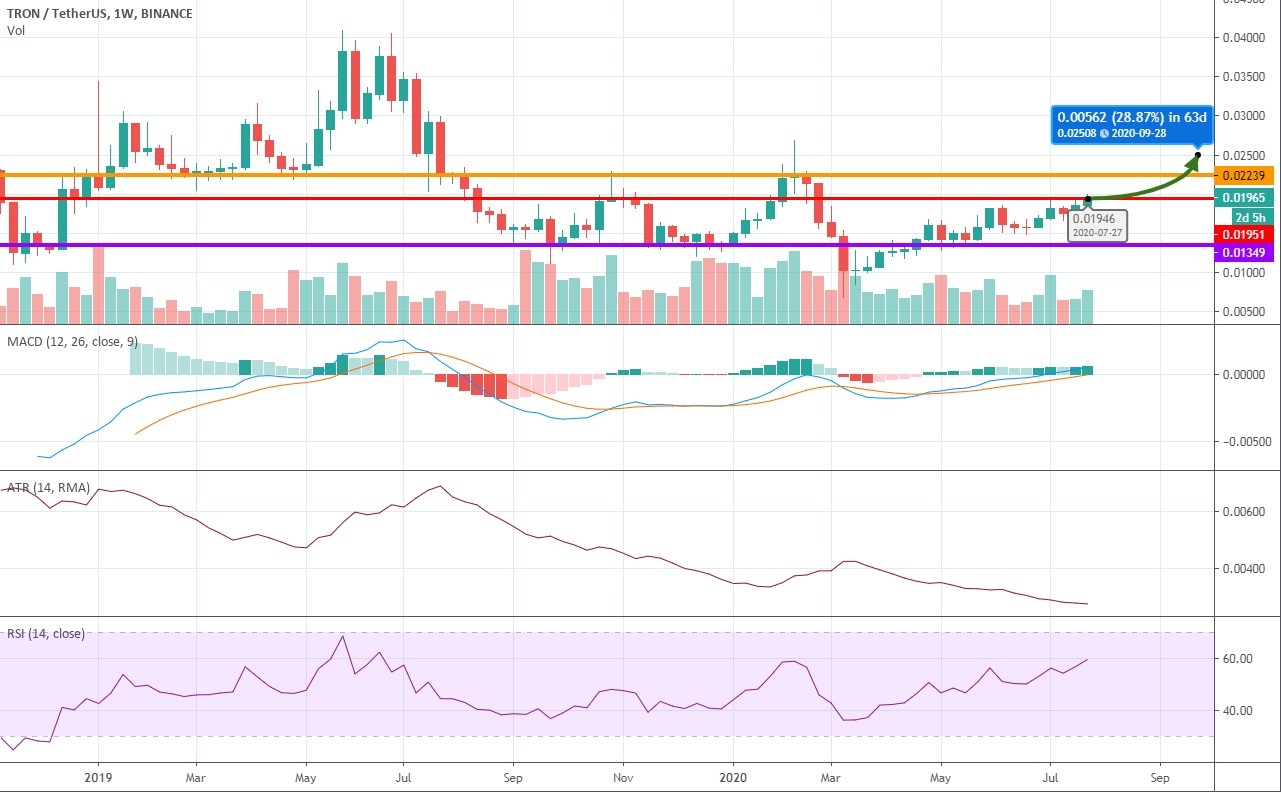 We see that TRX is already dealing with $0.0195, and from the looks of it, that level is going to be breached over the coming day or two. The bullish trading volume has been kicking into gears for the past two days when the price was approaching the roadblock, which is a definite prerequisite for a more decisive bullish action.

ATR, on the other hand, is close to reaching the extreme lows; therefore, one shouldn't expect increased volatility and corresponding gains on the part of TRX in the coming weeks.

Our mid-term TRX price forecast is that the altcoin will keep on plodding to the upside methodically in moderate upswings until it meets $0.223 where the bears will apply increased pressure to prevent the secondary uptrend. However, it will also be broken to the upside, probably after some consolidation.

The situation in the pair with Bitcoin, however, is far less optimistic for bullishly-minded TRX traders, mostly because of the latest revival of the first cryptocurrency. 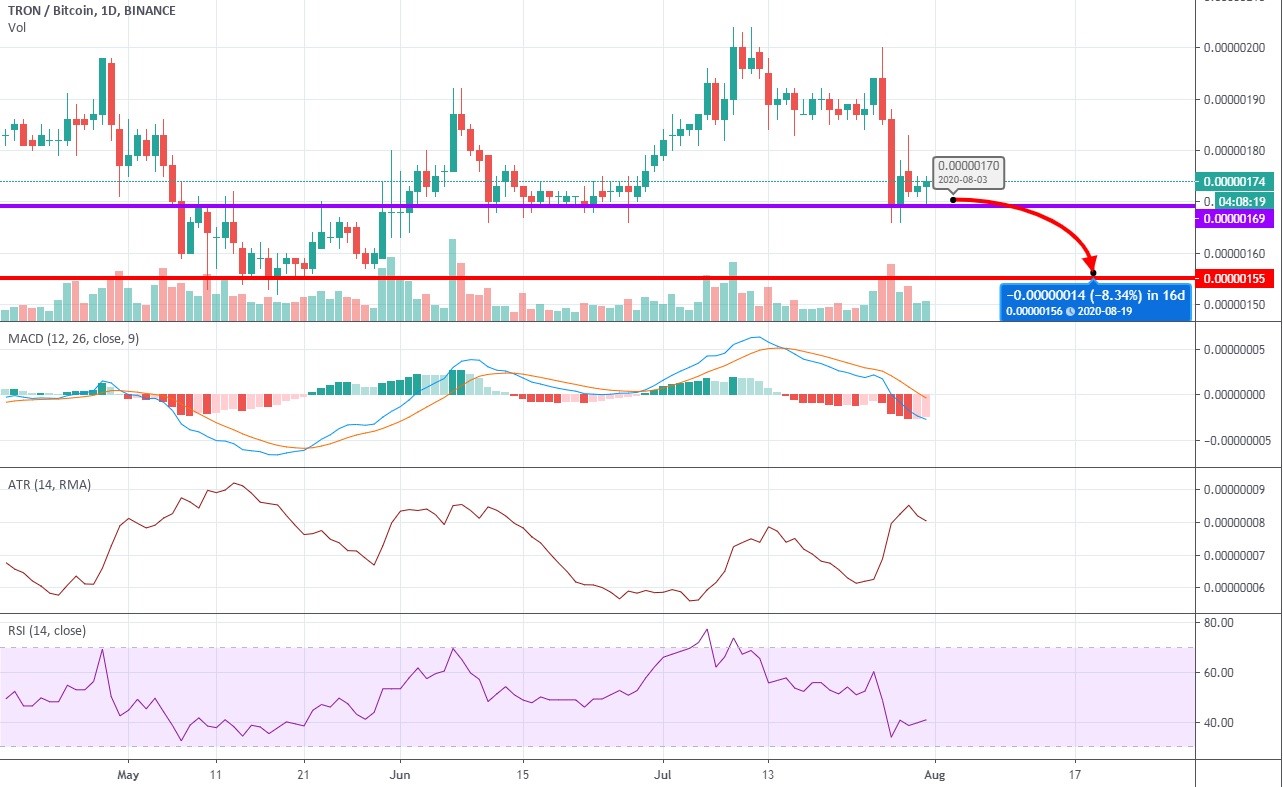 The nice-looking uptrend that commenced after the reversal on May 18 had been brutally disrupted at 200 satoshis and pressured back to the long-standing resistance at 169 sats. As you can see, all indicators are bearish, so if Bitcoin persists in its strive to the upside, TRON's descent to 152 - 155 sats is imminent.