Tron is arguably one of the most exciting cryptocurrencies out there, not only because of its price fluctuations, which are usually decently profitable for traders who trade TRX/USDT or TRX/BTC, but also because of the constant flow of hype that comes from Justin Sun, the founder and CEO of Tron Foundation, the company behind the cryptocurrency under review.

Some of the recent developments include the much-talked-about lunch with the iconic stocks investors, and one of the wealthiest persons on the planet, Warren Buffer. The news about this event had been circling around for months, with both parties postponing the meeting for various reasons. And on January 23, it finally happened - the Tron founder and the legendary financier have had a lunch turned dinner, after which Sun donated the promised $4.5 million to billionaire’s charity foundation.

Not to say that this event was the only incentive for what has happened to the price of TRX later, but that day marked the beginning of a massive price surge of said cryptocurrency. 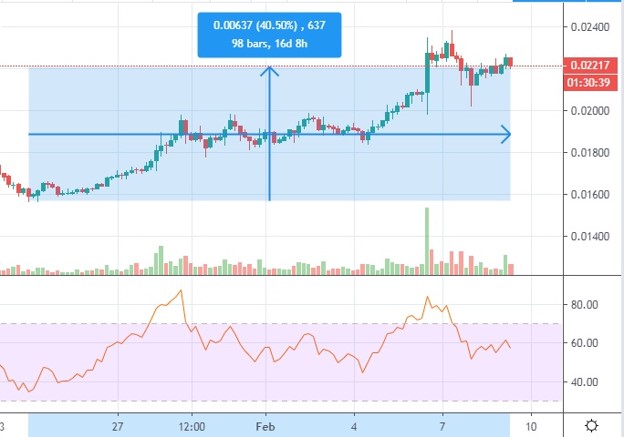 The surge took the price of Tron up by 41% in little more than two weeks, making it one of the most noticeable gainers of that period. Last week, the coin had gained 13% against the US Dollar and 6% in comparison to Bitcoin.

As of now, TRX still sits at 11th place in global rankings, with a market capitalization of $1,48 billion and an almost equal average daily trading volume of $1,44 billion. Such a massive volume ensures that Tron is one of the most actively traded cryptocurrencies across all exchange platforms. Knowing the sustainability of Tron’s fundamentals, traders could now begin trading in the said pair as TRX is likely to continue an uphill hike, given, of course, that the rest of the cryptocurrency markets remain faithful to the ongoing bull rally and the overall uptrend.

Tron stands high on the charts

Even if you are a swing trader, who prefers to monitor the price action on relatively small time frames, it is essential to remember that the largest time frames could open their eyes to a bigger picture.

On the monthly chart, TRX is still moving inside a descending wedge and approaching the territory of $0.0024 that could provide a serious test and even put an end to the present bull rally. Should the coin successfully pass that line, it could make an instant stride to the next level of strong resistance at $0.034, by breaching which Tron would fully confirm the deployment of the bull market. 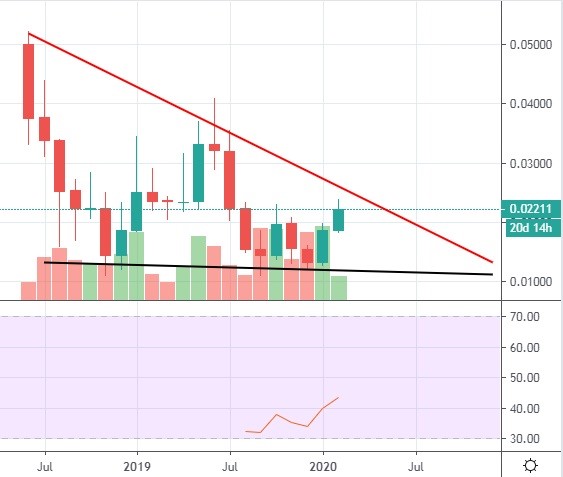 The weekly chart shows Tron briefly breaking resistance at $0.23, but retracing back below it - once it will have been breached, the next counteraction to a price growth could occur at $0.03. 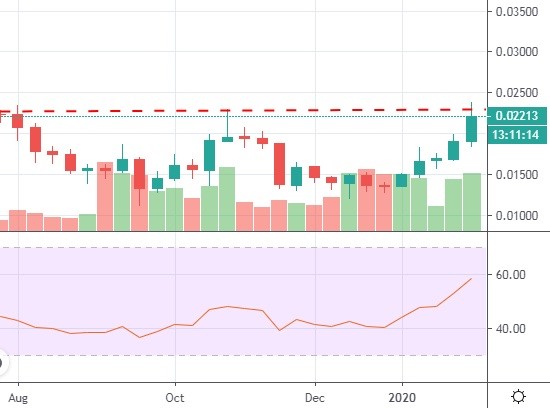 The probability of such a move is supported by the formation of the double bottom, which is considered a reliable signal for a trend reversal. The arrival at the mentioned resistance would provide confirmation candles, by analyzing which we will predict its further movement. 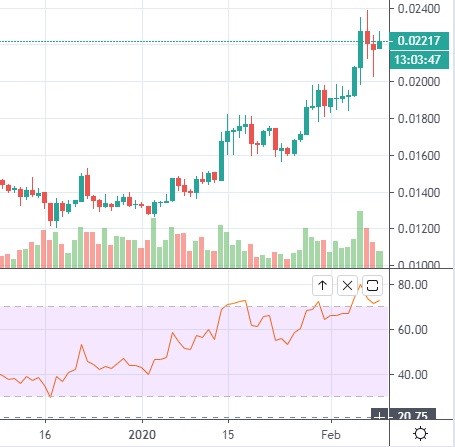 On the daily chart, Tron is showing strength after having made three higher highs and higher lows. Over the next few days, price is likely to retrace, possibly as deep as $0.0018, presenting a perfect buying opportunity.