In the previous TRON (TRX) price prediction article, we were weighing the possibilities of TRX resolving the symmetrical triangle. It appears that the sellers are slowly getting the upper hand in this battle for resolution as the price is gradually slipping to the downside and out of the triangle construction.

And as you can see on this year-to-date chart, the resolution to the downside would entail a much deeper correction. 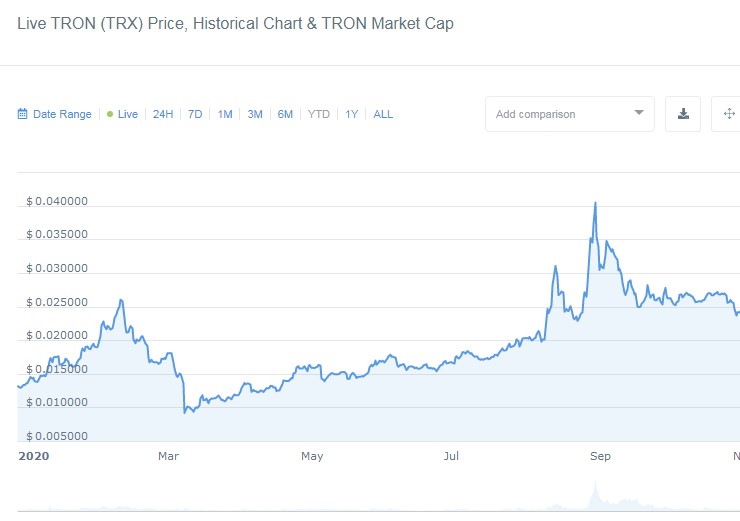 After hitting the year’s high at $0.05 and ultimately falling down to $0.025, the altcoin has been puttering about that price level, which had a detrimental effect on its performance profile over the past 30 days, which has turned red across the board:

Needless to say that such a massive slump against the rival cryptocurrencies was caused by the latest surge of BTC and its domination that always leads to a significant weakening of altcoins. Therefore, the current TRON price prediction will have a bearish bias.

The macro (monthly) chart reveals the real situation in this market as TRX appears to have failed to establish a high since both candles that finalized the bull rally actually closed way below the close of the 2019 rally, which served as a previous lower high of the macro downtrend that now stands at $0.029. 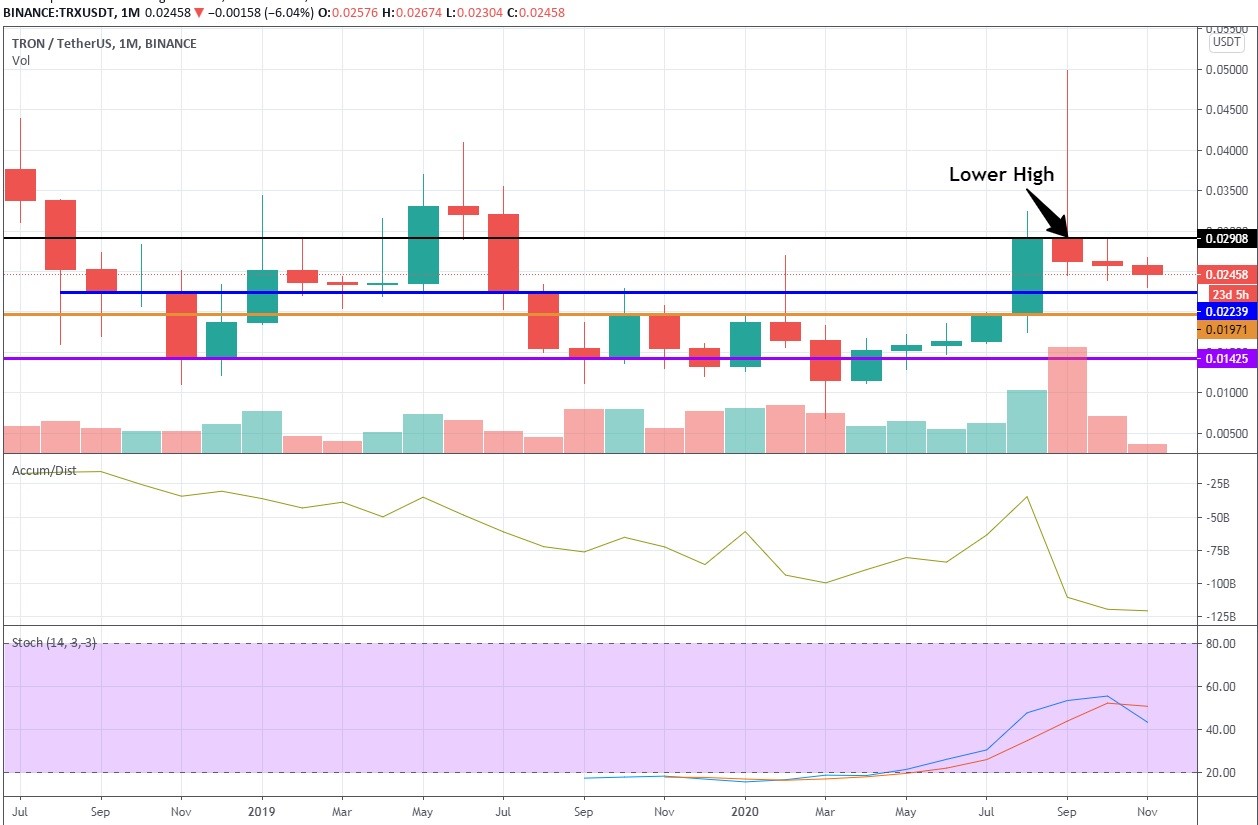 This leads us to the conclusion that despite the achievements of late, TRON remains locked in the confines of a perpetual downtrend, which is exacerbated by the showings of key indicators.

On the weekly time frame, the price has already broken below the support of the 12% consolidation channel that had been held for the past six weeks. This week’s candle opened at $0.0257, below the close of the previous candle, and now threatens the support at $0.022. 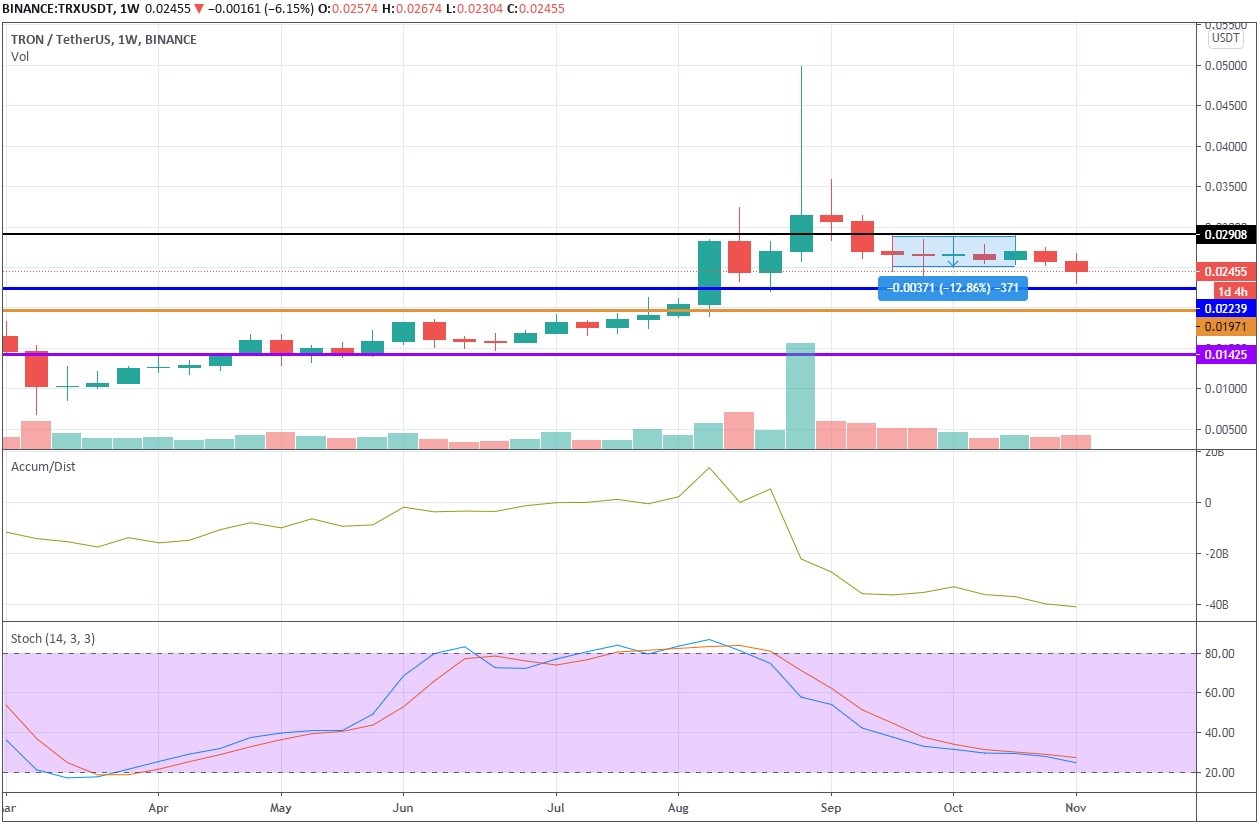 Stochastic signals strongly about the bearish momentum, while A/C provides no hints at the reversal. The lowering of Stochastic into the oversold zone will correspond with the strong test of $0.022 to the downside. 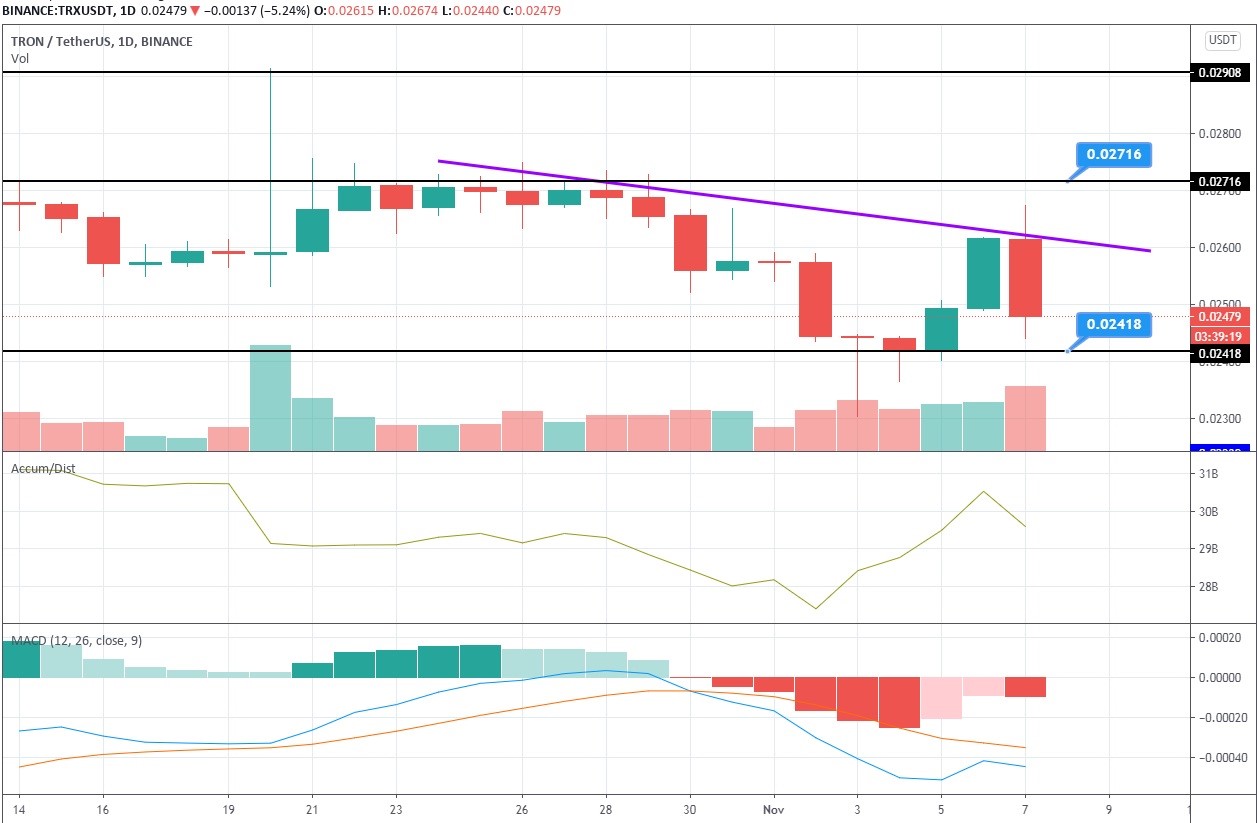 On the daily chart, TRX is demonstrating an even stronger bearish tendency. We see the price making lower highs, as well as a massive red engulfing candle that is prepared to take out all gains from the previous small rally, which would inevitably lead to a more sizable price drop.