Over the past couple of days, literally, the entire cryptocurrency market has been going through the quickest and the most tangible dump it had in months, probably since the infamous coronavirus flash crash. Not that there are any parallels between these events, but it appears that the world is approaching the second wave of the pandemic, meaning that it could be March all over again if the cryptocurrency market, and the traditional one for that matter, won’t stabilize in the near future and get back to its bullish ways.

TRX defends its positions after striking $0.05

Nevertheless, while Bitcoin and the overwhelming majority of altcoins were in the freefall, TRON (TRX) has had a field day as the value of the 14th cryptocurrency soared above the last year’s high at $0.026 and even went on to touch the level at $0.05 with the upper wick on the weekly time frame, surprisingly making it arguably the only altcoin that was bullish on August 3, when the dump has been kicking into gear. 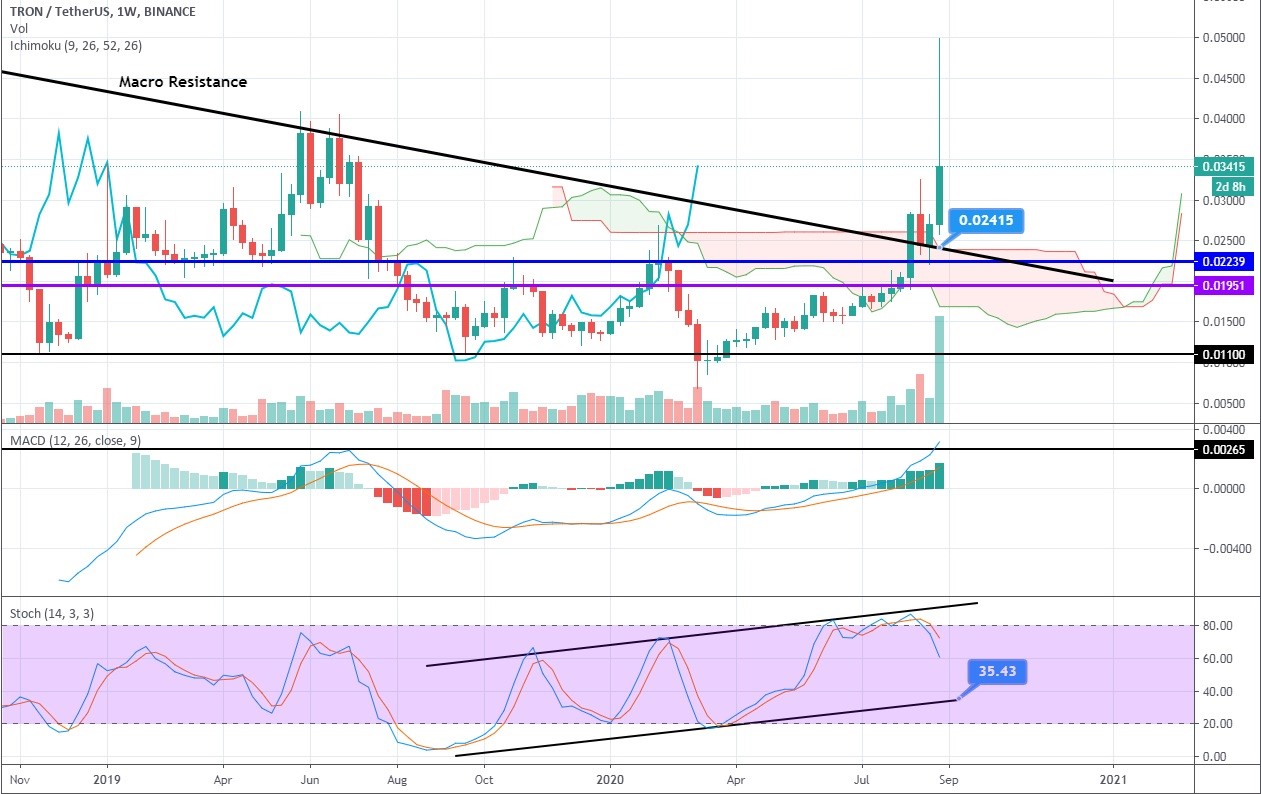 In fact, TRX has performed a breakout out of the descending wedge formation and also crushed the macro resistance at $0.024 and retested it twice before flashing, perhaps, the largest green candle this market saw in months, the body of which began to shrink once the price touched $0.05. Obviously, the breakout has happened in a very inappropriate time; otherwise, this weekly candle would have closed significantly higher. Unfortunately, TRX got itself in a pickle here because potential buyers must be cautious about devoting money to any altcoin in the sliding market, while the bears continue to mount the pressure, trying to push the price below the resistance at $0.03 that would threaten the overall bullish narrative.

The indicators show that TRON is getting closer to falling into the bears’ claws, which would happen if the price drops below $0.024, thus rendering the breakout obsolete.

At the moment, everything depends on whether the market recovers swiftly after the all-encompassing dump. If so, TRX might go on a strong rally; otherwise, it would be dragged down by the bears.