After reaching the resistance at $1, TomoChain (TOMO) left no room for doubt that the altcoin is in a full-blown uptrend that had actually kicked off right after the market crash. In a span of the past 30 days, TOMO went on a huge bullish rally that juiced up the coin by 63% in the USDT market, and even left Bitcoin behind by 34%, while keeping on the same level with Ethereum. 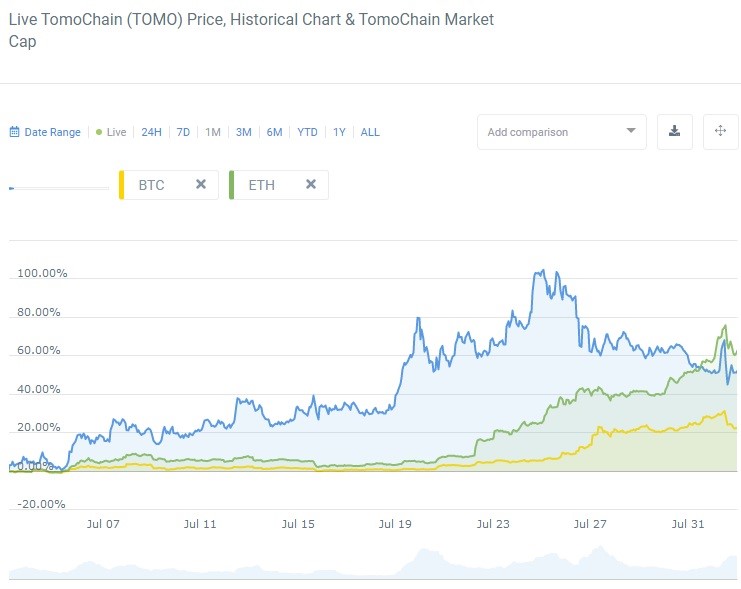 As you can see on this comparison chart, since July 26, TomoChain has been moving in the contrary direction to the two dominant cryptocurrencies as altcoin has engaged in a much-needed correction since this market had already been overextended to the point of breakage.

Trying to catch the bottom of retracement

Upon hitting the price level at $1.16 with the upper wick, TOMO has initiated a retracement that could well transform into a correction if the price fails to find the bottom at the presumed support area at $0.77. 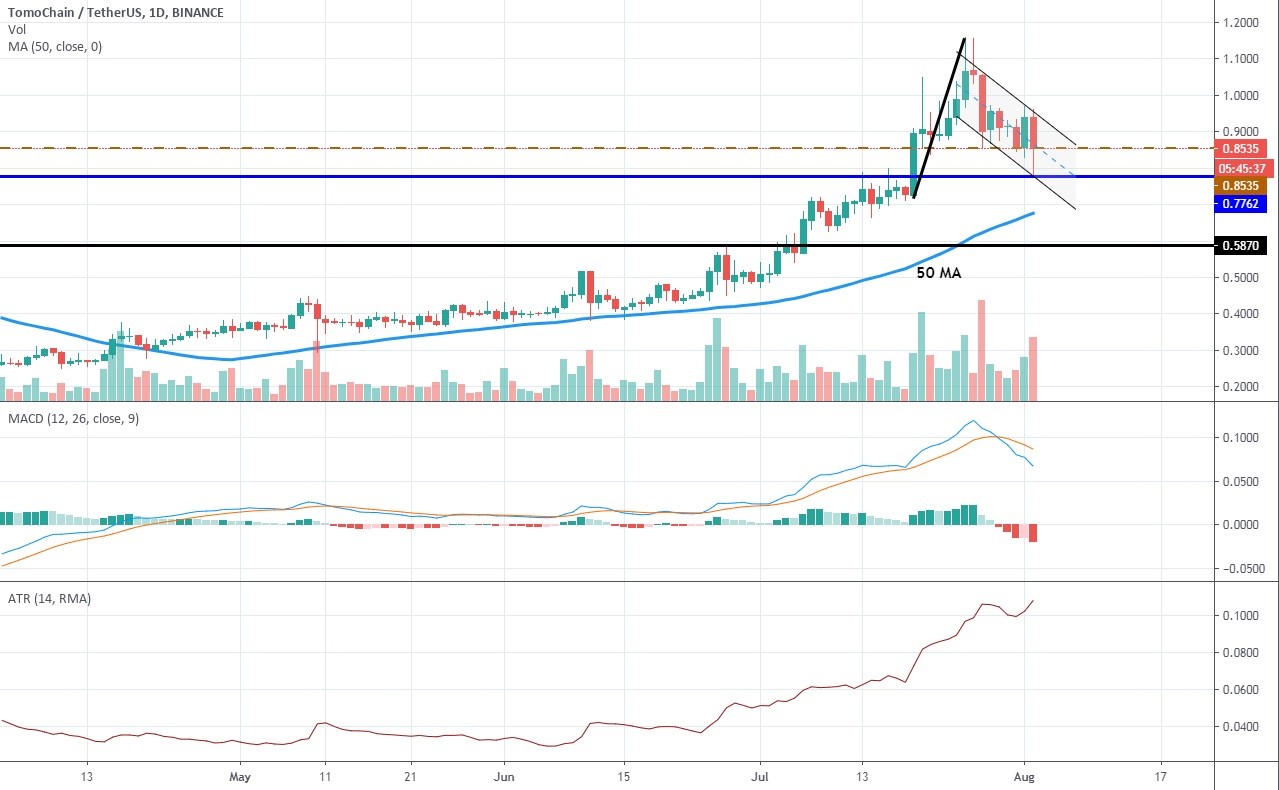 Actually, TOMO had already tested that level once with the lower wick, and the bulls showed determination to maintain the price at the interim support at $0.85. Therefore, $0.85 and $0.77 is of immense importance for the context of the future price action. Should the price stay at or above these levels for the next 3 to 5 days, we would be able to confirm the bullish flag, a continuation pattern that supports the overall bullish notion. However, the indicators suggest that the bears are gearing up for a stronger push to the downside.

However, if you are only looking for an opportunity to enter this market, it is advisable to exercise patience before the confirmation of price reversal for a long trade, or a full-on break of support at $0.77 to the downside, where the next price target lies at $0.58, if you want to go short on TOMO. Also, it is important to watch how the price interacts with the 50-period moving average: should TOMO stay above or stall upon reaching this MA and show signs of reversal, it could serve as a good point for the initial entry. Going below 50 MA would mean that the uptrend structure is compromised, in which case the apportioned sell would be recommendable.

In summary, TomoChain is surely an altcoin worthy of being a small part of every trader’s portfolio as it displays decent upside potential, although right now, there is a significant risk of TOMO entering a steep correction, so tread - and trade - carefully.