While the heavyweights of the cryptocurrency league have been stalling for the last two weeks, unable to make a decisive move in either direction, traders must have been exploring new opportunities for money-making closer to the middle of the ranking table. Believe it or not, there are several decent cryptocurrencies in that region, one of which is TomoChain (TOMO).

From the fundamental standpoint, TOMO is a blockchain ecosystem built on the foundation of the PoS voting consensus specifically for business entities that are willing to explore the perks of decentralized finance (DeFi). The coin was listed on the exchanges in April 2018 and had almost immediately reached the all-time high at $2.3, followed by a deep dive to the lowest price level at $0.14, recorded on the notorious March 13.

A green month for TOMO

Even though TOMO occupies a not-so-prestigious 125th rank, it boasts a combination of good fundamentals, decent market capitalization ($23.4 million), and very impressive average trading volume - $22,9 million, which is considerably larger than that of the neighboring cryptocurrencies. Moreover, TomoChain has proven to be a steady gainer, especially in the period after the market collapse.

In the past 30 days, TOMO got buffed up by 63% when paired with USD, and got a 20% larger pump than Bitcoin. Certainly, there is no guarantee that TomoChain will perform equally well throughout the entire year, so traders who fancy this cryptocurrency must make hay while the sun shines.

The bears will gain the upper hand, eventually

One shouldn’t expect wonders on the part of TomoChain, especially in the context of the looming global recession, but that cryptocurrency is nevertheless capable of gaining anywhere from 80% to 240% during its bull rallies that happen once every two to three months.

On the macro level, TOMO persists moving in a symmetrical downtrend channel. Interestingly enough, the recent market meltdown didn’t break the structure of that channel, with its bottom being formed right at the support line. 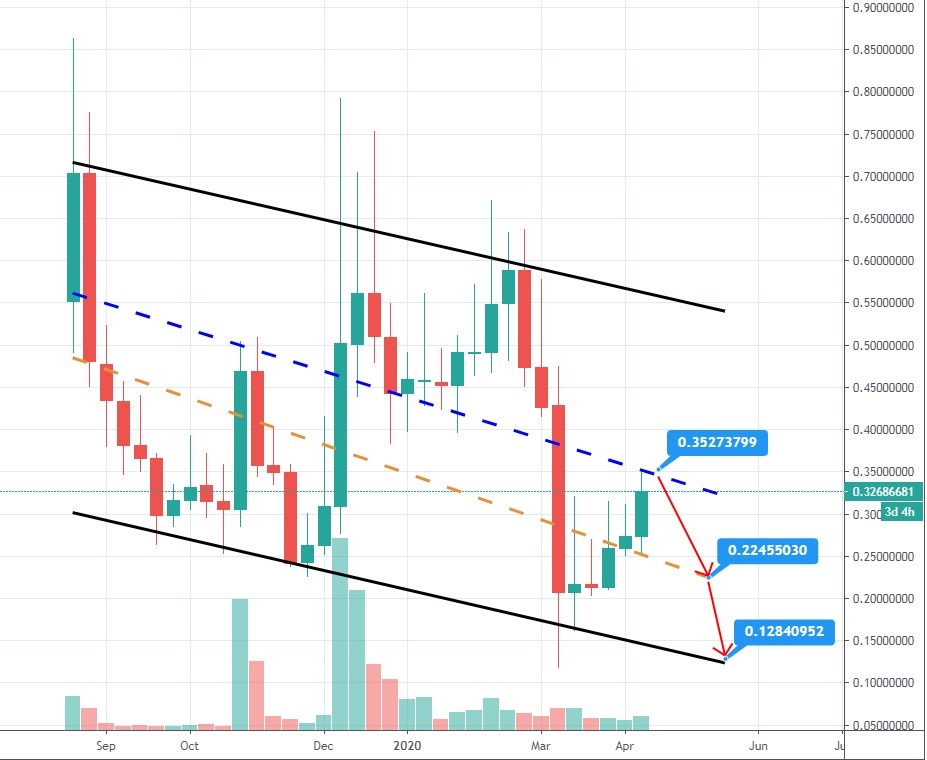 After two weeks of indecisive price action, TomoChain exploded to the upside with three green candles, each one closing above the predecessor - a clear sign of bulls taking over the initiative in that market. However, the uphill movement should end there as the price is likely to bump off the inner resistance line at $0.35. Given the situation around COVID-19 and the approaching recession, the move above that level is deemed highly unlikely.

Therefore, we predict that it will first retrace to $0.22, make a short bounce, and then descend to $0.12, which would fall in line with the general trend structure. Upon that, look for the trend reversal patterns to enter a lasting long position. 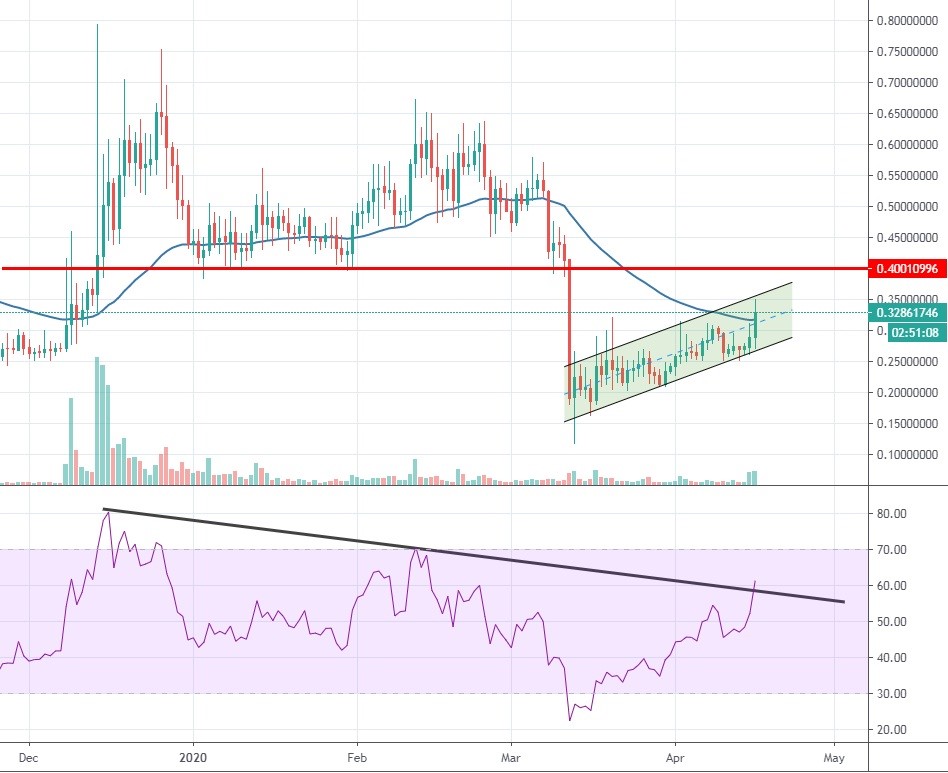 In a shorter time frame, TomoChain is likely to leap above the 50-period EMA and entrench there for a while. The highest price target which TOMO will reach in this market phase is $0.4, but not at the first attempt because the 14-period RSI is expected to revert back to the existing downtrend structure, drawing the price to the lower line of the ascending channel.

Despite the present bullish price action, the overall prognosis for TomoChain is bearish, with coin re-visiting the areas close to the all-time low at some point during the next two or three months.