Over the past few months, Theta Token (THETA) has proven itself a cryptocurrency that is very resilient to price drop across the entire market, like the one that happened at the dawn of September. This partially proves that not only DeFi, but also the video streaming and gaming industries hold immense potential with regard to the incorporation of blockchain and digital tokens.

The Theta team has been exceedingly active during the spring and summer months in terms of establishing new business partnerships and improving the fundamentals. We saw the THETA Smart Contracts Sandbox being released on testnet; Google Cloud becoming a launch partner and validator for the mainnet 2.0; the acquisition of the US patent for decentralized data streaming; the collaboration with MGM Studios and the Ultra Gaming streaming platform, Binance, and Chainlink.

How deep will THETA retrace?

All these initiatives have had a very positive impact on the performance of Theta Token throughout the entire year. During that time, THETA got a 775% price boost against USD, broke away from Bitcoin by 564%, and outperformed Ethereum by 313% - a performance rivaled only by the top DeFi tokens. And even though Theta Token couldn't circumvent the September price drop entirely, as it was forced into a sizable retracement from $0.53 to $0.4, it made a swift recovery and went on to establish the new all-time high at $0.76, while most other cryptocurrencies fell below the 50 EMA and even 200 EMA, putting the entire bullish agenda that prevailed during the summer under question. 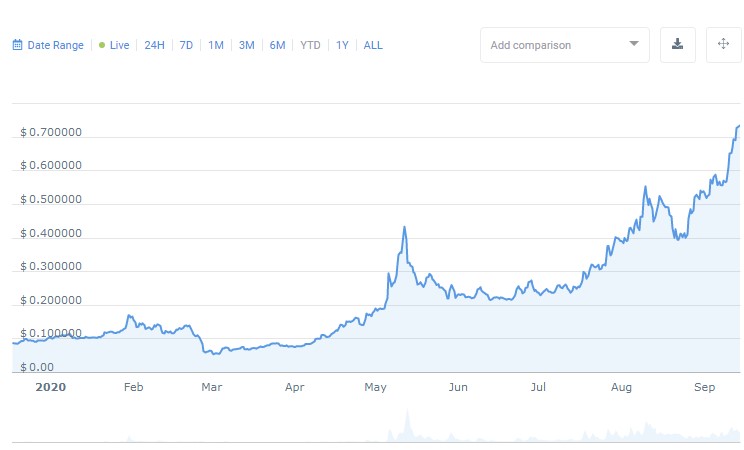 The chart above shows that THETA is flowing in the picture-perfect uptrend with distinctive higher highs/higher lows, a perfect disposition for swing trading. But an active THETA trader must keep in mind that such a strong rally can't last forever, so the correction must be around the corner. The last correction that lasted from May 27 until July 29 had gnawed off 50% of its value ($0.43 at the peak of the upswing to $0.21 during the multi-week consolidation). Given the current level of rally extension and the showings of key indicators, we expect THETA to start a comparably deep correction in the next five to seven days.

The weekly chart reveals that the smooth three-week rally has shown the first crack after hitting the ATH, while the previous bullish weekly candle had broken out of the upper Bollinger Band, which usually results in a sizable retracement or a full-blown correction. 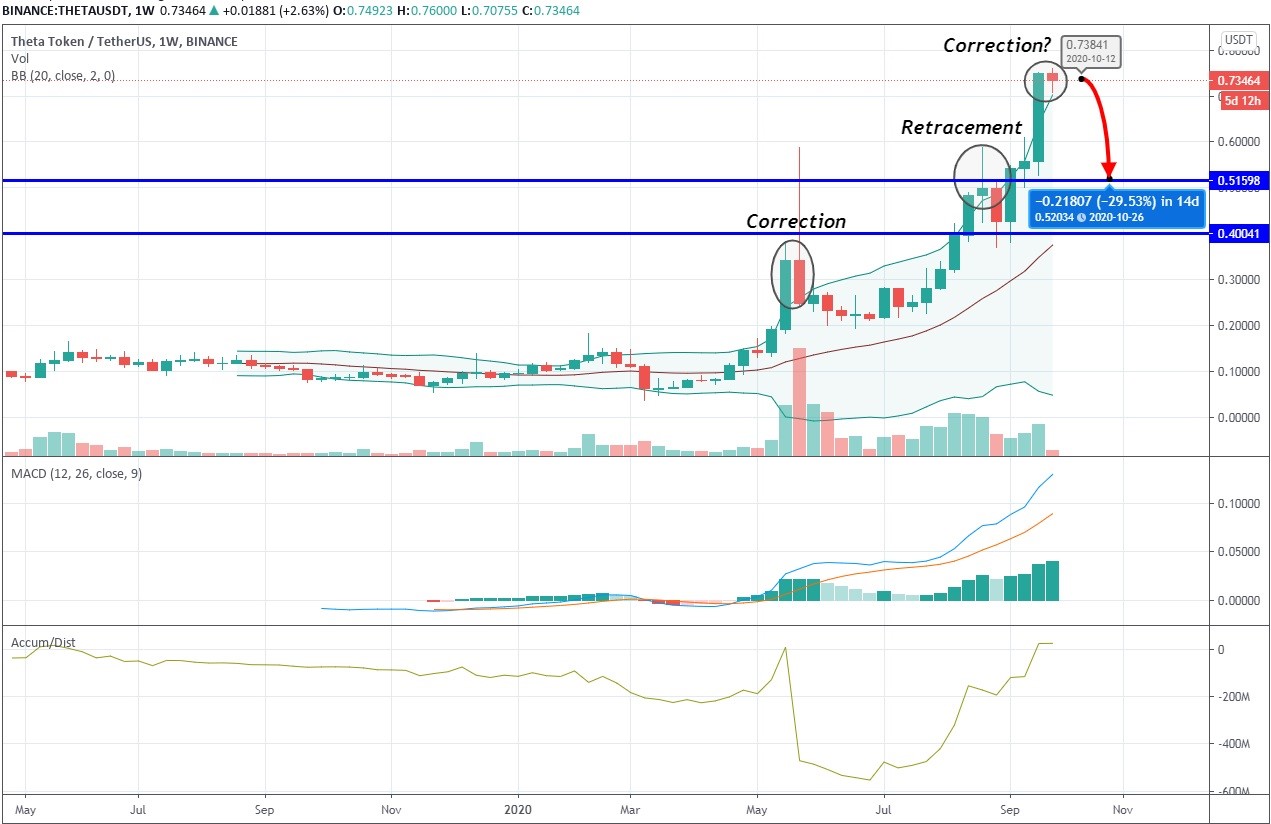 We expect the price of Theta Token to decrease by 30% in the next two to three weeks, though there is also a possibility of a deeper 45% depreciation to $0.4. The rise above $0.76 will cancel the correction scenario.