Before the end of May, Theta had been one of the hottest altcoins in the market that experienced a massive 190% pump in just sixteen days, or the 320% price increase, if we take into account the upper wick on the daily candle on May 27. But that cycle of bullish price activity is now over, having reached the all-time high at $0.59 and then had a 65% correction, or a 50% one from the close of the daily candle at the top of the bull rally.

After fifteen days of continuous descent, the price has finally begun to consolidate at $0.22, which is now considered a fair average cost of THETA, the cryptocurrency that powers a decentralized streaming network. But even despite a considerable retracement, Theta still maintains a positive long-term growth profile, as it outperforms the two most dominant cryptocurrencies by triple digits.

We believe that THETA holds great potential for future (but not immediate) gains, mainly because of its solid fundamentals that provide for the censorship-free, unregulated streaming of video content, something that centralized platforms like Twitch, and especially YouTube, is severely lacking. However, the mentioned platforms also pose an immensely tough competition for THETA that would have to lure users away from the established ecosystems that guarantee an enormous fan base. But that is the matter of a relatively distant future, whereas right now, traders have to ponder over the current price action in order to pick the right moment to start acquiring the position in this market.

On the weekly time frame, THETA appears to be establishing firm support at $0.2, having interacted with that particular area for the past three weeks. The question now is whether the 42nd cryptocurrency would be able to entrench at that level, or should traders expect another pullback and the aggravation of the downtrend. 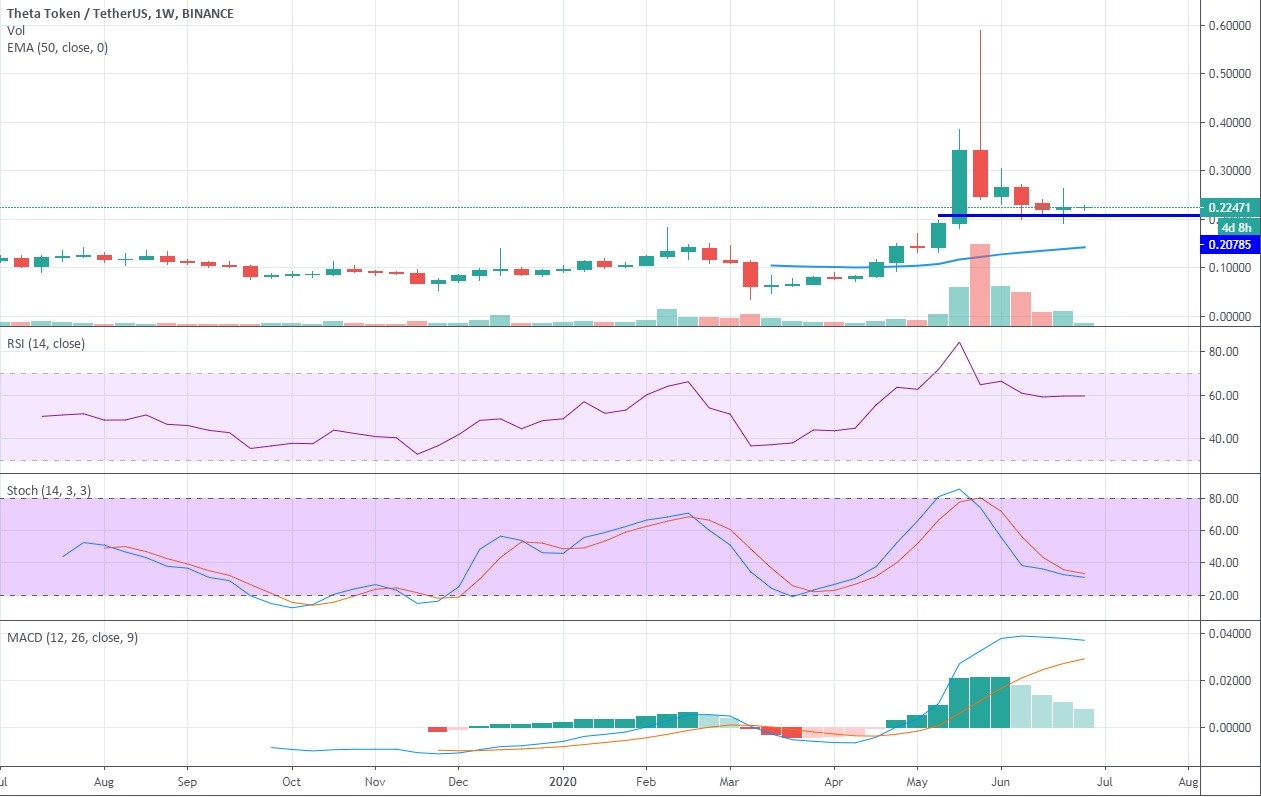 The next two weekly candles will be of immense importance for determining THETA's future course of action, although presently, there are more prerequisites for another bearish period. MACD provides clear hints at the looming price depreciation. The main line of the indicator has already bounced off the overbought extreme at 0.04 and is now bending towards the signal line, crossing which would lead to a tangible price decrease, possibly even to the 50-period EMA. A bearish crossover on MACD could result in another 30% pullback, although it would still allow THETA to maintain the uptrend structure since that would literally be the first higher low after the price of the altcoin had bottomed out from the all-time low at $0.039, recorded on March 13.

Besides, the indicator shows that the bullish cycle is running its course and will soon be balanced out by the sellers' activity. The 14-period RSI runs flat along the line at 60, reflecting the current stagnation in the market, although it only needs a little push to start going downhill. 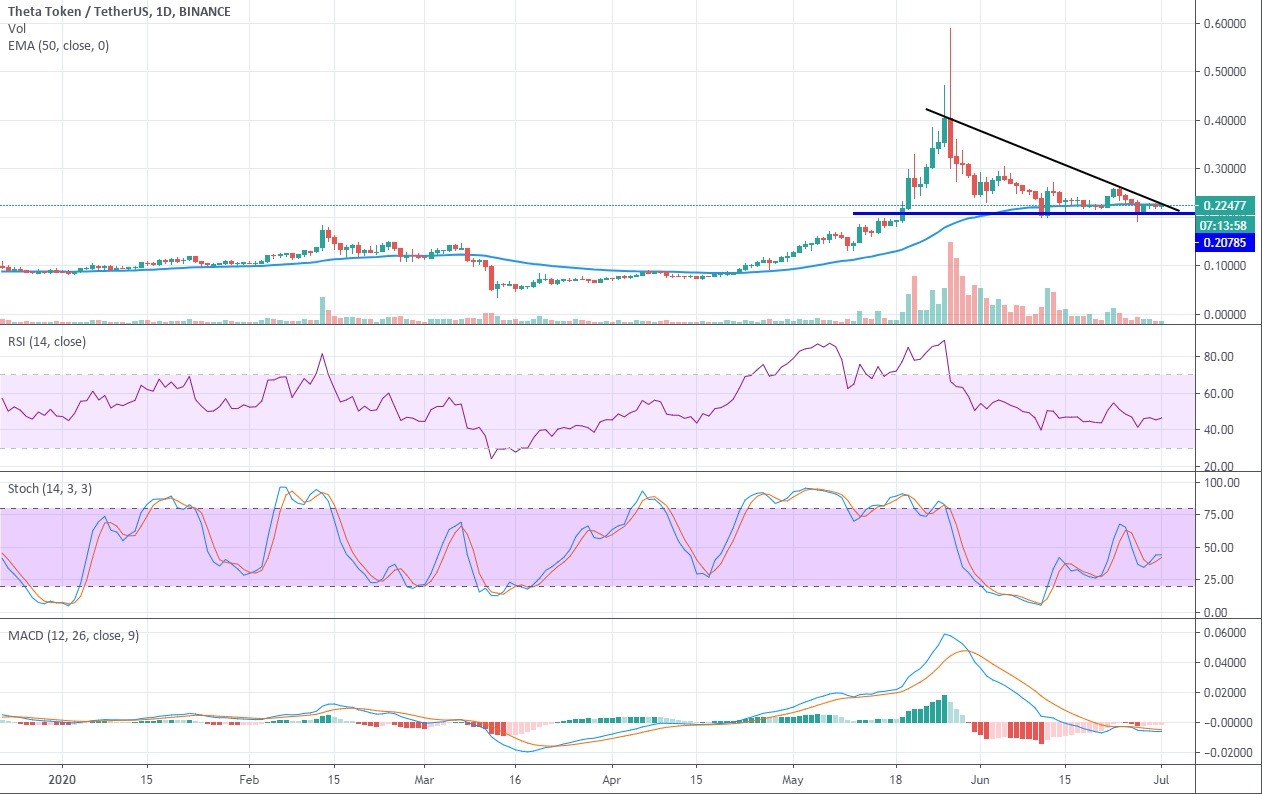 On the daily time frame, though, MACD has already crossed into the bearish territory, while Stochastic is actually painting a bullish divergence, which combined with the neutral stance of RSI, has a chance to cling onto $0.2 and maintain the range, but we estimate a 70% probability for THETA to go through another pullback after it resolves the descending triangle to the downside.