Tezos is among the altcoins that managed to survive the notorious crypto winter of 2018 successfully, and even generate sizable profits for the holders on the back of the 2019 bull run, which took place in the period from March through August, reaching the 2019 high of $1,76 in the middle of May. 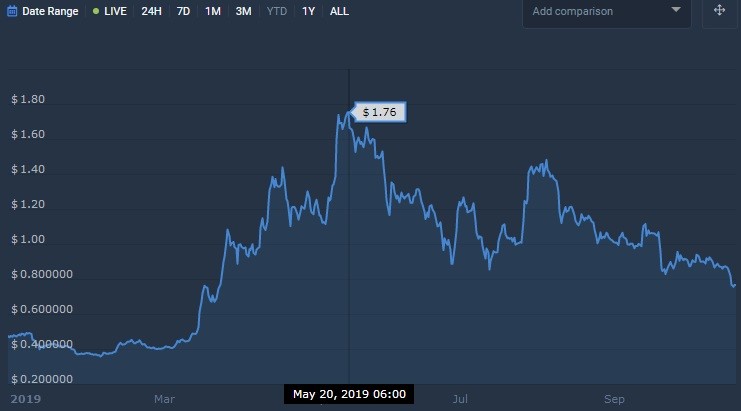 At the end of the summer, XTZ rode the coattails of other major cryptocurrencies, which had entered a phase of steep correction that now threatens to transform into a full-fledged bear market. Right now, Tezos sits at the price of $0,78 per coin, which established after XTZ had experienced a pronounced decline by as many as 15% over the course of a few days from October 22, when the price seemed to have continued consolidating at the level of $0,88. 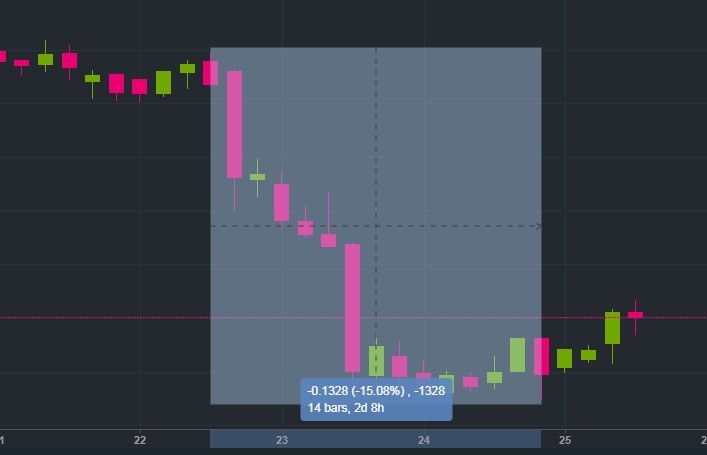 Despite the recent landslide, Tezos remains among the best-performing altcoins in 2019. By the current date, XTZ has shown better output in terms of overall gains since the inception of the year than Ethereum, its closest rival in terms of fundamentals. As we can see, Tezos has outperformed ETH in profitability on the year-to-date charts, showcasing 60,74% gains, compared to Ethereum’s 21,98%.

By the way, the Tezos ROI, if purchased at the time of launch, is currently estimated at $67,64, which roughly correlates with its yearly growth, but doesn’t come even close to Ethereum’s 5883%. Nevertheless, XTZ hasn’t reached its maturity yet, which means that there is still plenty of room for the improvement of fundamentals, while Ethereum is already facing some serious scalability issues.

This could serve as one of the hints at the bright future that awaits Tezos when the price finally exits the lingering consolidation phase (or even a looming bear market) and continues showing green candles all the way.

As we can see on a corresponding chart, XTZ began the year from the weak starting positions, being only about 5 cents short of its all-time low of $0,31, recorded on December 7, 2018. That was followed by a brief bull run, which ended at the mentioned 2019 highs, after which the market appears to have entered the phase of uncertainty. 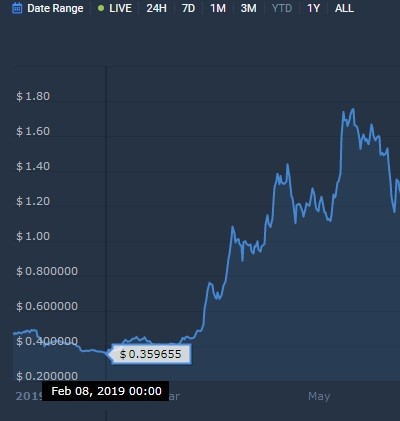 Judging from how things stand, we should expect further consolidation of the price at the current price level, while taking into account the possibility of another decline by no more than 6%. After that, XTZ should experience the revival on the back of the recently introduced upgrade to the governance mechanism, which should push the price to around $1,67 by year’s end. 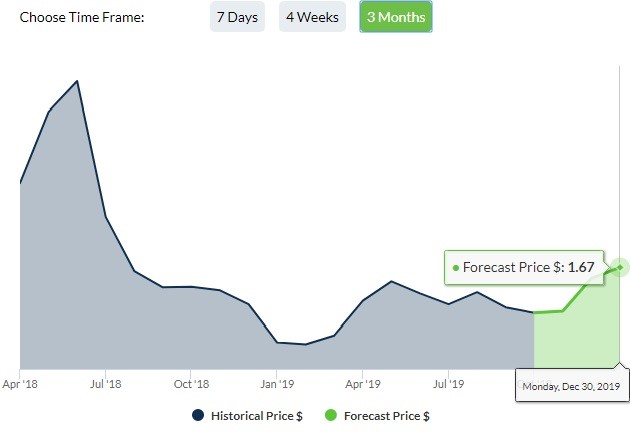 Many trading indicators, such as the 200-day moving average, are suggesting that Tezos should break to the upside in the first quarter of 2020, incentivized by the introduction of new system updates and the conclusion of partnership agreements, like the one they did with the venture capital fund Algo Capital.

Let’s not forget that the Bitcoin halving, or at least the anticipation of it, should exert a positive effect on the entire market, including the price of Tezos. The average-weighted price of XTZ in 2020 should be at the level of $5.