Storj: Cryptocurrency With the Most Explosive Wicks

While Bitcoin and the rest of highly-ranked cryptocurrencies are stalling, being unable to make a sizable move in any direction but sideways, traders are turning their attention to the underdogs that reside below top 100 in search of profits. Those who are looking for in-and-out trades, which take place over the course of a day or two, have to take a closer look at Storj (STORJ), a cryptocurrency that is far from being a consistent gainer or a fundamental powerhouse but does have a couple of tricks up its sleeve.

Fundamentally, Storj is a provider of blockchain-based cloud storage - all participants receive an equal amount of storage space and use at their discretion, for example, with the purpose of renting it to other STORJ holders.

One has to dig deep in the global rankings to find Storj as this coin occupies the 175th position, a characteristic that puts it below the radar of most retail traders. It isn’t standing head and shoulders above its direct competitors: Civic and Vertcoin, in terms of market capitalization, which barely exceeds $12,9 million, having been severely hampered by the devastating market crisis.

But it’s the average trading volume that arouses the biggest interest towards this cryptocurrency since it occasionally goes up to levels far greater than that of the coin of the same caliber. While the customary daily trading volume of STORJ usually makes up for $1,4 million, it shoots up to $20 million or even $70 million once or twice a month. Obviously, such a massive volume spike is converted to an intense price action that leaves the upper wicks as high as skyscrapers. 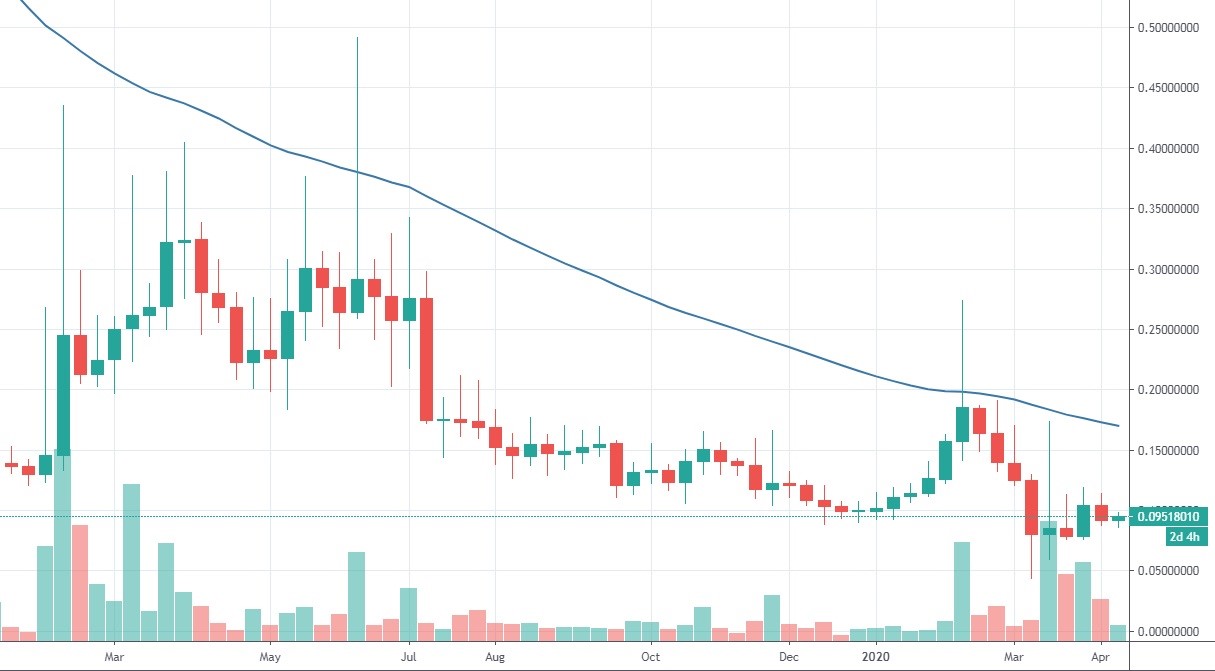 Check out this collection of upper wicks that is reminiscent of Midtown Manhattan. Each of these shadows constitutes a price increase of at least 30%, with the tallest one hitting the ceiling of 75% on a day. The emergence of this picket fence of price action could be explained by the fact that the overwhelming majority of trades involving STORJ happen on just one, rarely two, cryptocurrency exchanges: BKEX and OKEx. Nevertheless, this coin is listed on many high-liquidity platforms, like Binance and Bitfinex, which provides ample opportunities not only for the spot but also for the arbitrage trading.

The most suitable practice with regard to STORJ would be picking the right moment to enter the long position and then take profit as soon as the price target of +30% to 50% is being reached. The daily chart below shows that one such enormous wick occurred several weeks ago, with price ballooning up to 83% after the open. 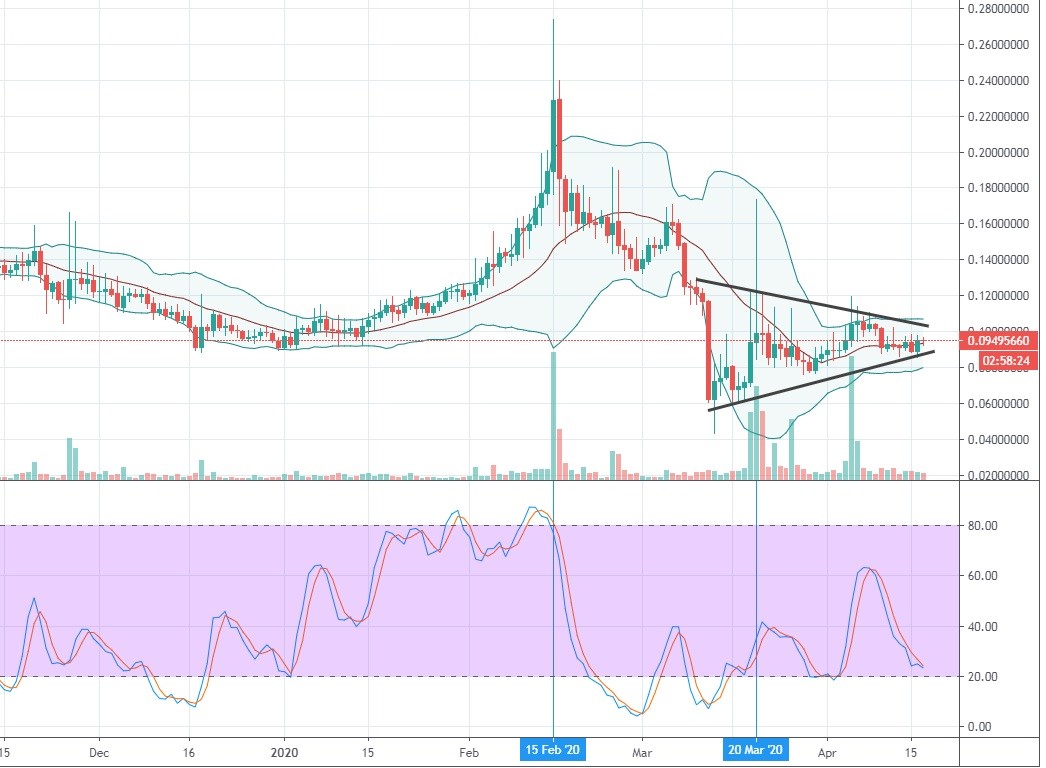 As we have already concluded, the periodicity of these large spikes is around 60 days, which means that Storj is now close to entering a new cycle of this short but volatile price action. Also, please note that large wicks usually emerge shortly after the price exits the Bollinger Band squeeze, which is presently forming on the daily time frame.

Moreover, Storj has been moving within the borders of the symmetrical triangle, which is likely to be breached to the upside since the price has recently bounced off its all-time low at $0.04. Stochastic is the most appropriate indicator in determining the entry point because those tall wicks usually occur after the crossing on that oscillator. All in all, traders who want to make a quick buck should consider STORJ as it hints at an intention to have a price burst in the coming week.