STORJ: At the Onset of Bull Rally

It appears that the token for the distributed cloud storage is gearing up for another bull rally after the first big correction of the year that forced the price to roll back from the local high at $0.84 to $0.3, a 63.8% value loss in 24 days. 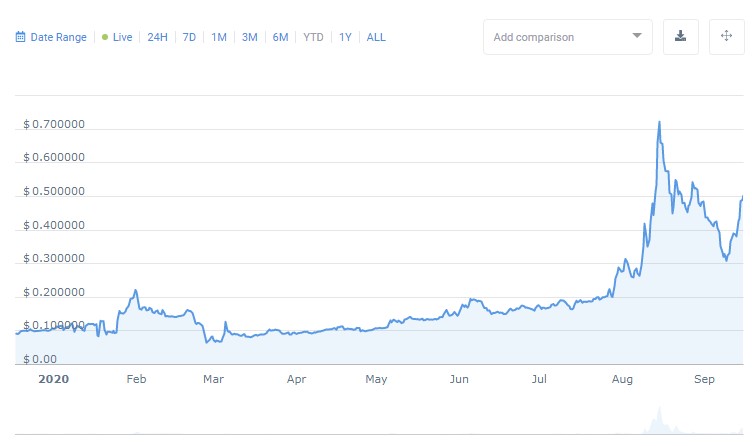 The year 2020 has proven to be fruitful for Storj that showed triple-figure gains in the past twelve months against USD, BTC, and ETH:

The coin’s all-time ROI, however, remains slightly on the negative side at -2.4%. Although September turned out to be a losing month for the cryptocurrency market, Storj seems to be making a swift recovery as it gained 50% in those three markets in the last seven days. As a consequence of these fluctuations, the market capitalization has also shrunk from $140 million to $101 million.

Right now, STORJ is ranked 98th and valued at $0.5, having enjoyed a 6% price bump in 24 hours. This week,  there has been a significant increase in buying volume as it went from $18 million to $69 million in just three days. Such a sharp rise of volume usually occurs during the breakouts or at the initial stages of a bullish rally.

This week could mark the beginning of the full-fledged rally

For this STORJ price prediction, we will start with determining key areas of price interaction on the weekly time frame by applying the Fibonacci retracement grid.

Following several months of a generally uneventful uptrend, Storj had exploded to the upside, subsequently going through three Fibonacci levels, supported by strong display coming from the Accumulation/Distribution indicator that still has the bullish bias to it. The correction, though, took the price down to 0.236 on Fibo ($0.35) that has successfully played the role of support and the area around which the morning star pattern took shape. The morning star is known to be a bullish reversal pattern, which supports our suspicion concerning the brewing upswing that should take the price at least to 0.618 on Fibo or $0.87 price-wise.

Our STORJ price prediction is that the price will make another bull rally that is supposed to take the price to $1 - $1.1, the area of presumably tough resistance from which the sellers could potentially throw the price in a deep correction. 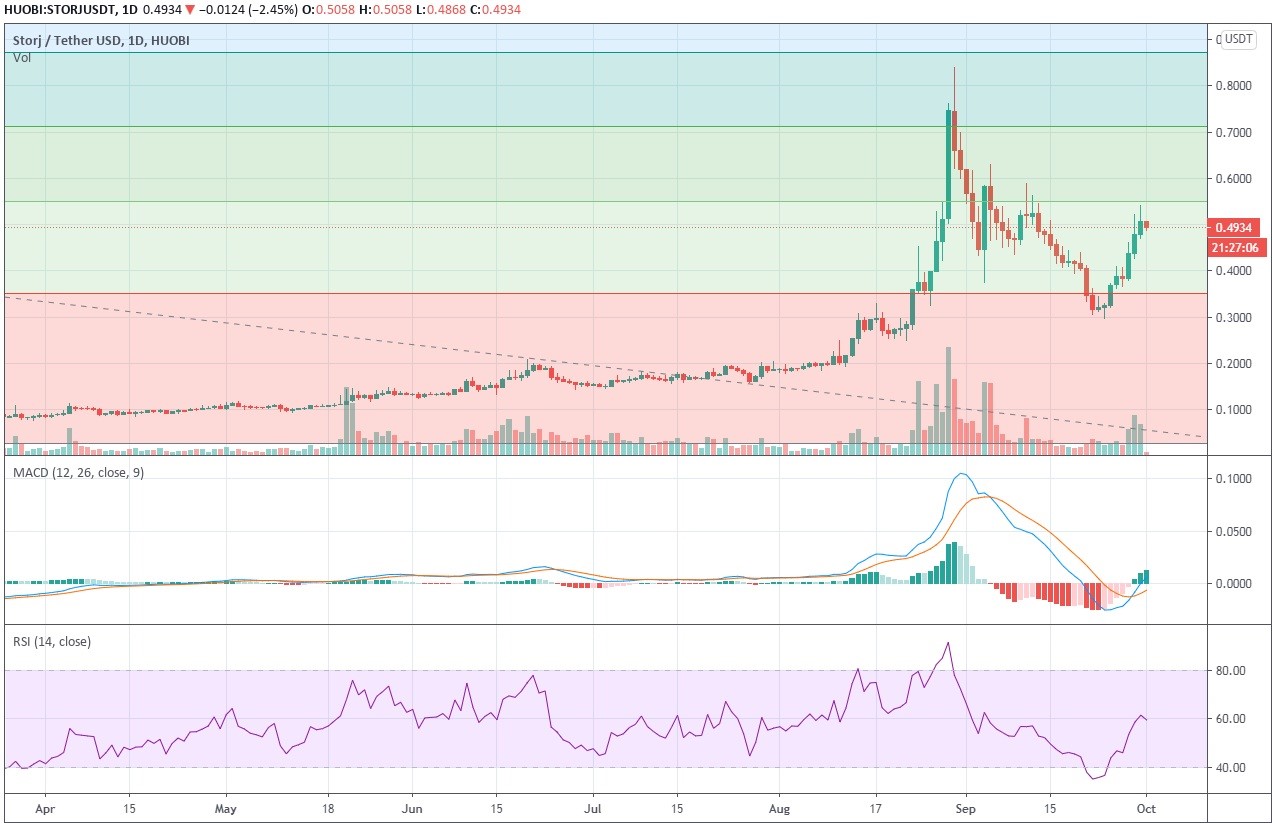 A quick look at the daily time frame confirms the commencing rally as STORJ has had seven days of almost uninterrupted price action on the back of the bullish crossover on MACD and the rapid rise of RSI from the oversold zone. Here we expect the price to have a quick retracement before making another push to a new higher high.

Storj: Cryptocurrency With the Most Explosive Wicks