Those of you who follow the developments in the crypto industry closely must have heard about a controversial - some call it hostile - takeover of the blockchain company Steem and its proprietary social media platform Steemit by Tron and its ever-present CEO Justin Sun. Despite the vehement resistance to the acquisition on the part of the existing Steem community, it had taken place.

The community, however, has almost immediately announced his intention to carry out a hard fork of the Steem blockchain, which would be a crucial step on the path towards creating a whole new blockchain environment dubbed Hive. The fork took place on the following cryptocurrency exchanges: Binance, Huobi, and Bithumb - all STEEM holders received new HIVE tokens in the 1:1 ratio.

From the technological standpoint, the new Hive blockchain will be built on the foundation of its predecessor’s code, with few tweaks and adjustments, derived from the community feedback.

It remains to be seen what would be of the once-promising blockchain project that laid the groundwork for the blockchain-based social media, but the thing that interests us, traders, the most is the huge 180% pump of STEEM that happened right over a couple of days prior to the hard fork. 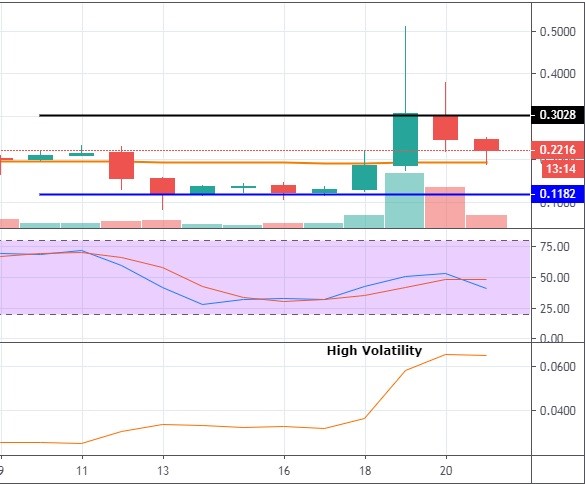 Congrats to those who managed to jump on the bandwagon and lock those incredible profits, although those who have been holding the token prior to the pump still have a chance to capitalize on it since the price hasn’t fallen to its starting position yet, presently attempting to establish support on top of the 200-period EMA, but the chances of it are low because the ATR indicator tells us that STEEM remains in the phase of high volatility, which would be directed to the downside. The reason lies in the fact that the hype surrounding the takeover is gradually dying down while the number of holders is expected to decrease dramatically after the fork.

In addition, the Stochastic has already made a downside crossover on the daily timeframe, thus increasing the probability of a move in that direction.

If the upswing does occur, it should die down at $0.3 because the coin has no more incentives for growth, at least for the time being. There is a significantly higher likelihood of STEEM going below the 200EMA and down to the pre-pump area of $0.118, where it would continue a tedious consolidation while Justin Sun and his team at Tron will be trying to figure out what to do with the aftermath of the rebellion. Therefore, it would be more practical to short STEEM in the medium run, but there’s also an option to wait for a probable bounce to $0.3 and then go short. 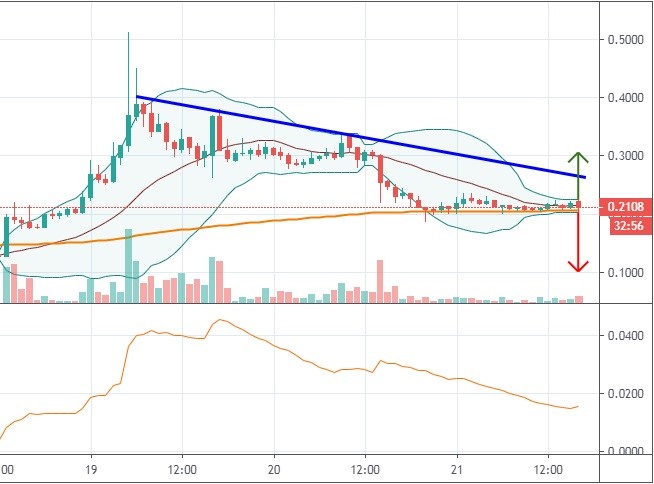 That constitutes the strategy for the coming week, whereas those who want to make a quick buck on the smaller time frames would be disappointed since the coin is currently being traded within a very tight price range on the back of the declining Average True Range indicator, which suggests that the coin is going to stay in that range for a while, or at least until it initiates a breakout from the Bollinger Bands squeeze. As already mentioned, the path of that breakout could still be directed upward, but it is most likely to be rejected at $0.3 all the way to $0.118.