While the majority of investors are pulling their hair out, frustrated over the rapidly devalued digital assets, some holders are overjoyed with their choice of coins that show a massive growth regardless of the massacre on the markets and the panic around the world. One of such cryptographic currencies is Status (SNT), which has been putting up miraculous gains, especially for a coin that is placed outside the top 50.

The unexpected gainer among the weakening competitors

SNT is a telecommunication cryptocurrency that holds the 59th spot on Coinmarketcap and has a market capitalization of $63 million. Fundamentally, Status is not overly sophisticated: it is a blockchain-based messaging platform that was designed to facilitate communication between various networks built on the basis of the Ethereum blockchain.

Status first saw the world in June 2017 - since that time, it mimicked the path of all mid-ranked cryptocurrencies: reached the all-time high at $0.73 during the crypto hype of 2017/2018 only to fall quickly and continue swimming at the bottom. 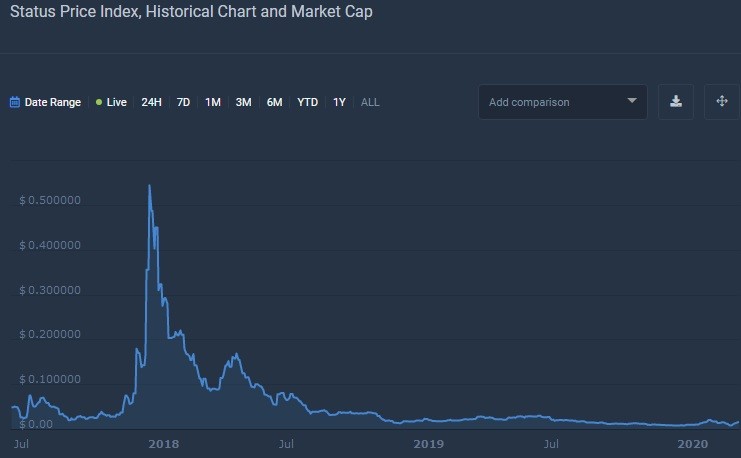 While Status hasn’t been the best gainer up till now as the coin had lost 33% of its value obtained from the last year’s bull market, its performance in the previous 30 days has left many experts scratching their heads. In the said period, SNT got a boost of 19% against USD, 77% in comparison to Bitcoin, and a staggering 117% against Ethereum.

It is important to understand the reasons why such a seemingly unremarkable cryptocurrency has outperformed the big boys by miles and attracted the interest of traders who take the effort to screen the coins that lie beyond the top 10.

The primary reason behind SNT’s bursting growth lies in its very fundamentals. As already mentioned, it is a telecom coin that facilitates both personal and business interaction between people. This feature has become invaluable in the time of worldwide quarantine, which led to the rapid transition from the office environment to freelancing and working-from-home conditions. Without trying to appear cynical, the COVID-19 pandemic came as a blessing in disguise for Status since it has immensely increased the demand for such solutions.

Status didn’t escape the fate of the cryptocurrency market as a whole and crashed on March 12-13 by 67% on the close, consequently bottoming out from the all-time low at $0.0048 and entering a consolidation period that lasted for five days. 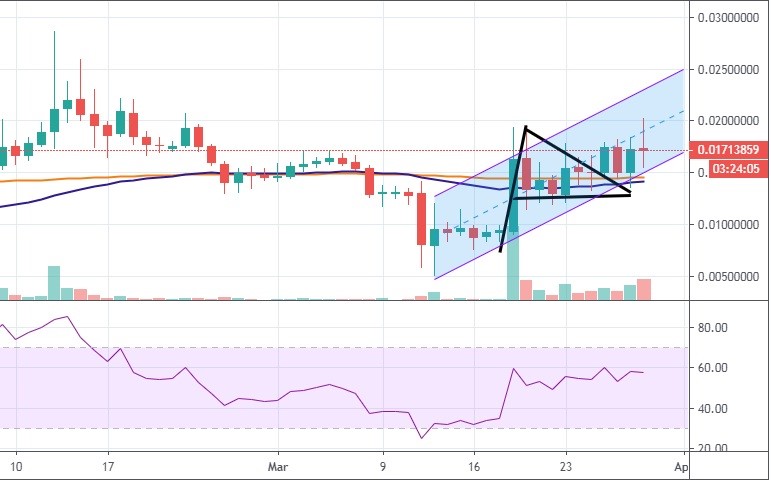 That move finalized the formation of the bullish flag with the support at $0.0012 that was successfully breached to the upside in a spurt that established at current support at $0.0015 and formed the fourth higher high since SNT bottomed out.

What’s more important is that with this move, Status has risen above both 50-period and 200-period moving averages, though it didn’t break away from them yet, exploiting both lines as the level of support. The RSI is still near the neutral zone, so the upward momentum hasn’t been exhausted yet.

It’s a bit too early to say that Status made a full reversal and entered a bullish phase, but the coin certainly has all the necessary prerequisites to become one of the first to see the light at the end of the tunnel.