Status (SNT) belongs to a cohort of altcoins that has been making admirable progress in the past several weeks, mainly because its fundamental value is based on exploiting the Ethereum blockchain and the corresponding products. ETH itself has been going strongly to the upside lately due to the expectations around the launch of Ethereum 2.0 and the overall progress in the field of decentralized finance (DeFi), and dragged the rest of the related altcoins upward, too.

Status is not a part of the DeFi space - we have already covered its fundamentals in the previous SNT price prediction article - as it represents a messaging platform and a home for decentralized applications (dApps), but the connection with Ethereum must have given SNT the much-needed boost, although its performance on the macro scale still remains somewhat underwhelming, as the all-time chart below shows. 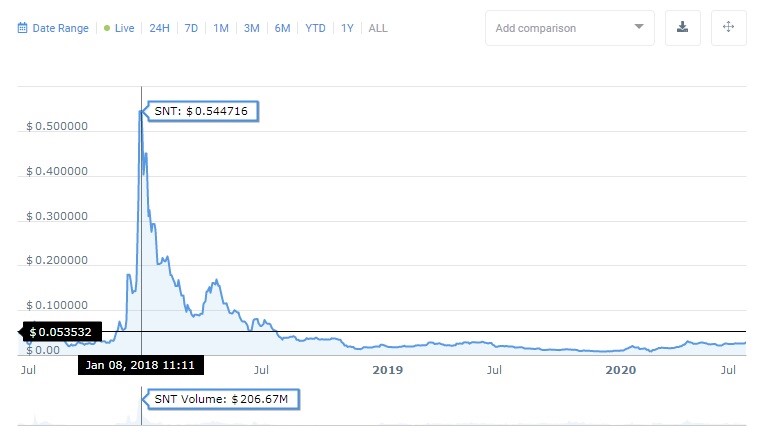 Despite the two bullish rallies in 2020, SNT didn't show enough vigor to make a significant push off the bottom where it laid for the entire duration of the bear market, although this underperformance could also mean that the altcoin has extra upside potential that could come into play in the later stages on the bull market that is taking shape now.

Nevertheless, Status displays moderate but positive gains on all time frames, having made 52% to the upside against USD in the past year, and 45.6% against BTC. During the past seven days, SNT has even outrun ETH by 12.8% and made similar gains in pairs with USD and BTC (12.4% and 15.5%, respectively). The chart below, which depicts the 30 days worth of price action, clearly shows that Status is steadily moving to the upside with some large upswings, which makes it quite attractive for trading on Binance, Upbit, ZB.Com, and OKEx, the platforms that accommodate the largest volume. 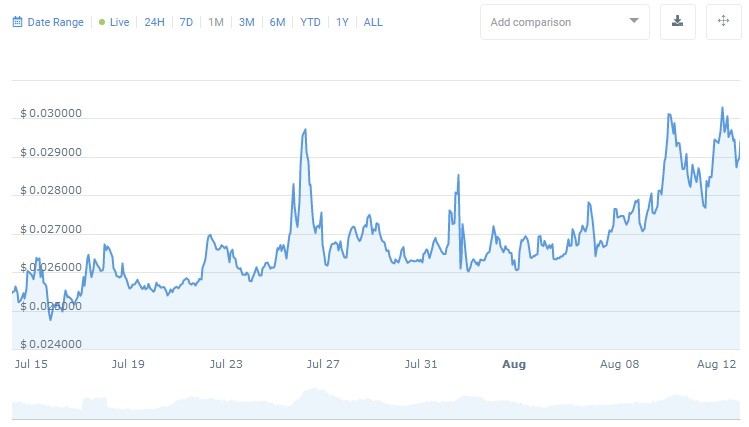 The historical chart allows us to determine the critical macro resistance level at $0.053 that separates the bears' realm, where Status still remains, and the bulls' territory, where the altcoins should really flourish. Keep that price target in mind as it could turn out to be the point of massive rejection or a stepping stone on the way to a full-blown uptrend. But getting there could take SNT weeks, if not months, while we will focus on more immediate price action.

The weekly time frame reveals another important level of resistance at $0.033 from which the price has already been rejected several times over the past two years, which ultimately makes it a magnetic point. 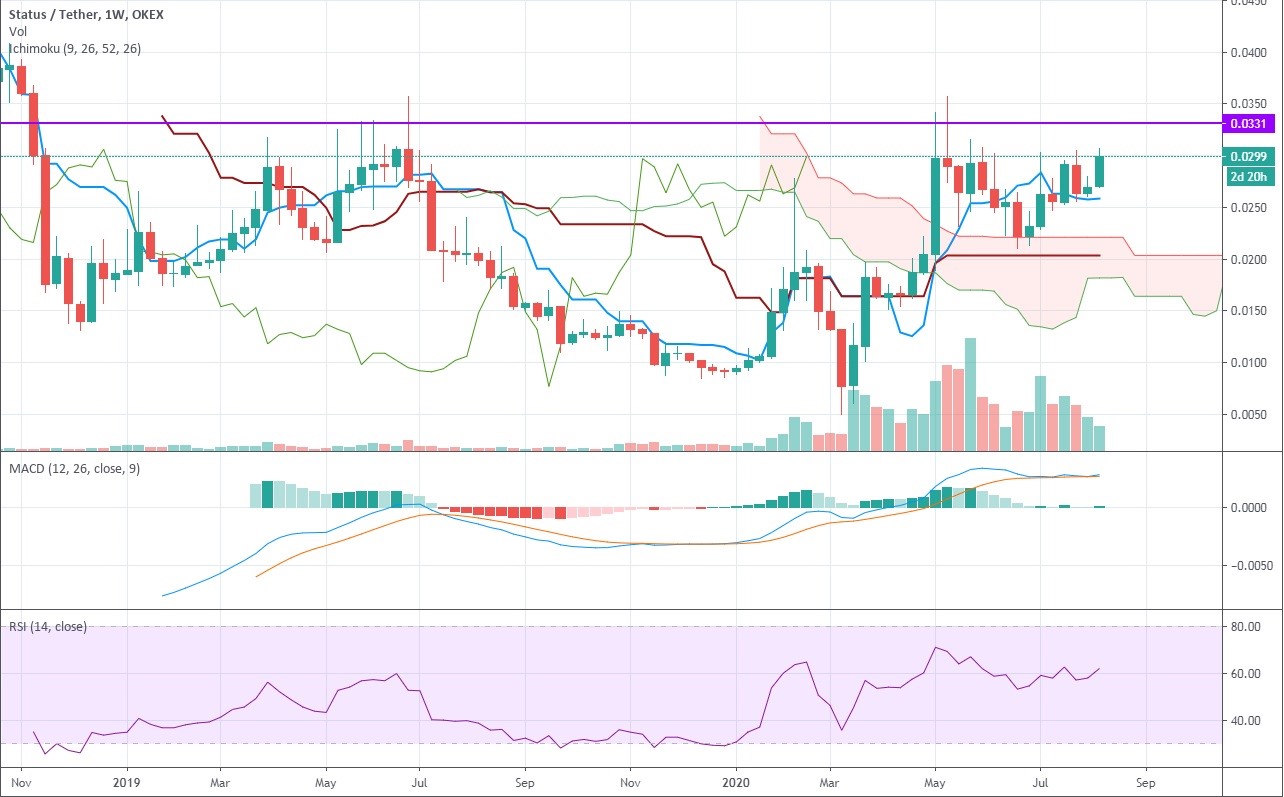 SNT has already been rejected from that level twice during the current price cycle, but given the present general bullish sentiment on the crypto market, it might well achieve that goal in the next two to three weeks.

It is important to watch the trading volume in the next two weeks as the increasing volume will indicate that the buyers intend to take the price past $0.033. Should the volume be at the low to medium level, SNT will likely get rejected.