The post-crash consolidation is over, and Siacoin (SC) looks to be setting sights at this year’s high at $0.0036. In fact, after the March market meltdown, Siacoin has been displaying a slow but methodical growth, the healthy nature of which hints at the sustainability of the ongoing bull rally that could eventually transform into a minor uptrend, if the price manages to go past the mentioned high. 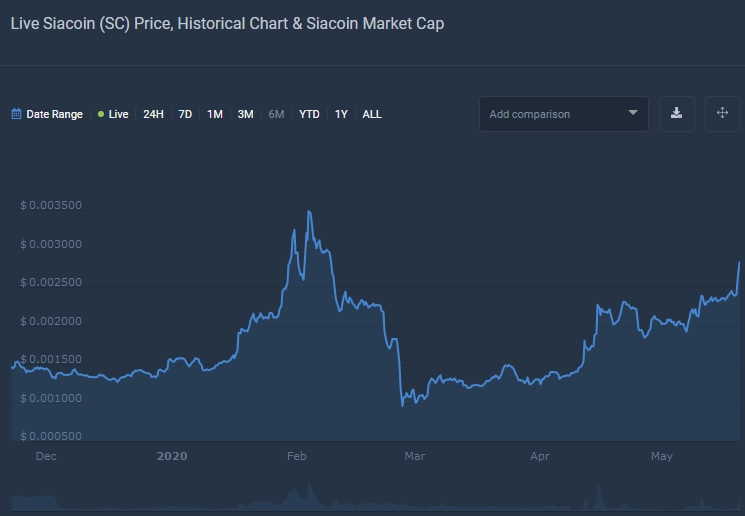 SC’s price action from the past six months

While Siacoin is certainly not the best performer out there, it does display enough inner strength, at least at the beginning of Q2 of 2020, to get shortlisted by traders as one of the currencies that possess the potential to get the price bump of at least 50% in the coming weeks. The last month has proven to be quite fruitful for SC as it gained 36% against USD and did better than Bitcoin by 23%. But the news about the major system upgrade, which was released on June 4, might become a significant catalyst for a massive bull rally that appears to be brewing in both USDT and BTC markets.

A new network protocol could galvanize more life into the bulls

Within the framework of the update, Sia released a network protocol of the third generation, thus upgrading the system to version 1.4.10. The incorporation of the protocol should substantially improve the overall network security and also serve as a gateway for new technological features that could also have an incrementally positive effect on Sia’s performance.

In addition, the upgrade will provide means for encrypting the Skynet files (Skynet is the protocol for decentralized content distribution featured on another blockchain platform), thus allowing users to share and distribute these files in a secure manner. Lastly, through the upgrade, Sia introduced a new fee manager that will provide means for monetizing 3rd party applications designed on that platform. 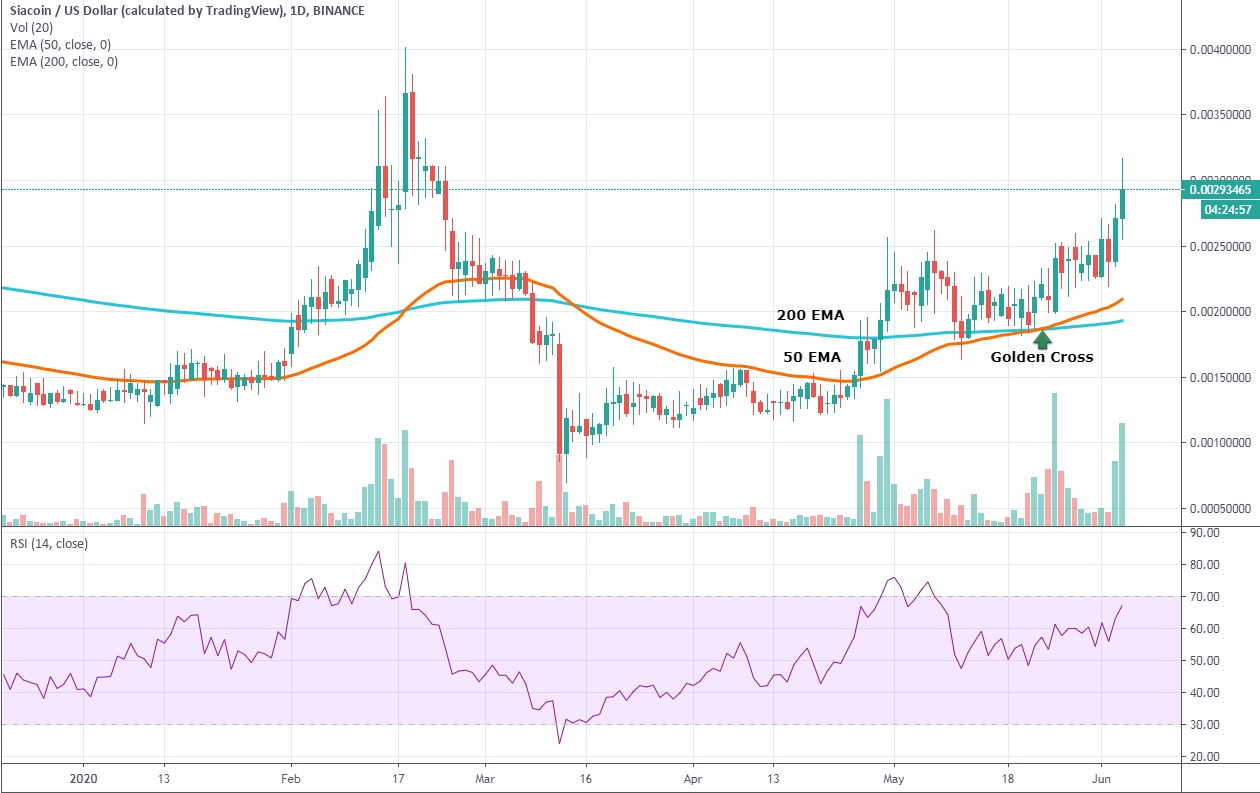 The price has reacted to the upgrade release in a positive manner by going up by 20% on the day and reaching the interim high at $0.0029, as of the time of writing. Given that it is customary for the price to rally during a certain period of time after the release on an upgrade of such scale, we predict that Siacoin will establish new yearly highs within the next month.

Let’s take a look at the macro chart (1-week) in order to understand the bigger picture in this market. Right off the bat, one can notice three things that reveal the market’s underlying bullish power. 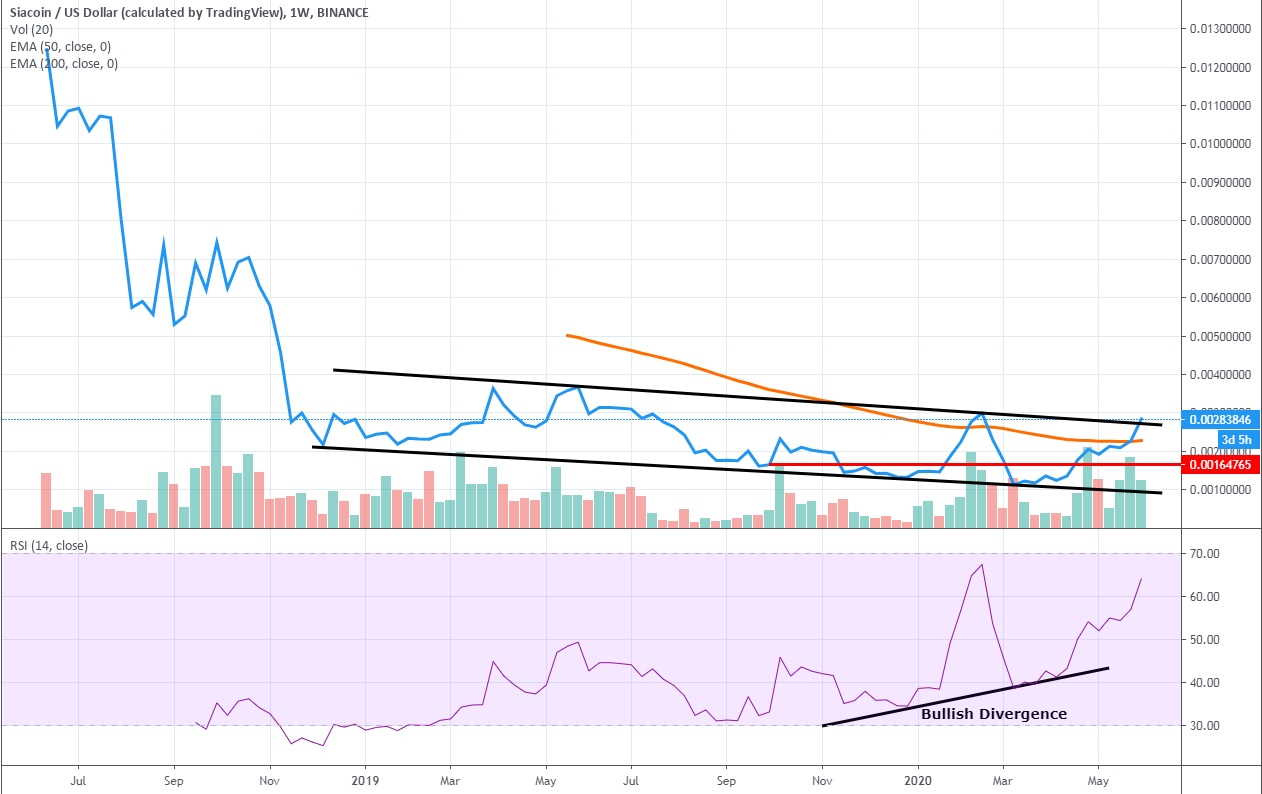 To summarize, Siacoin is gearing up for some major bullish action during the summer that will get in full swing once the resistance at $0.0036 is crushed, although it will offer a lot of profit-making opportunities along the way.