Siacoin is one of the oldest inhabitants of the cryptocurrency market as the coin has been around since 2015, thus giving traders plenty of historical data upon which they can base the analysis. The coin has been the most active in the period since April 2017 - November 2018, when it rode the roller coaster of price action, having climbed to the top of its value at $0.111 on January 6, 2018. 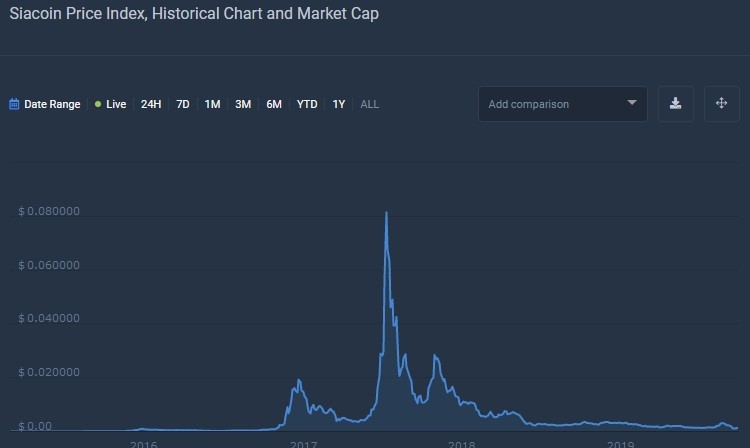 Once that crypto price bubble burst, SC has submerged to the undercurrent where it is now floating, patiently waiting for another bull market, which has yet again been postponed because of the raging COVID-19 pandemic and the resulting fast-paced degradation of the global economy.

The fundamental value of Siacoin

Nebulous, the Boston-based company that stood at the origin of Siacoin, launched its proprietary blockchain platform in 2015. In a nutshell, Sia is a cloud storage solution that utilizes state-of-the-art encryption and smart contracts to facilitate the distribution of files within the decentralized ecosystem. Obviously, this is not the groundbreaking solution but, nevertheless, the one that is going to be in high demand in the near future, once the traditional data storage facilities use their capacity to the maximum.

The coin itself has a decent Fundamental Crypto Asset Score, with the overall health of C. It is important to note that this score has risen dramatically, having made the way from 463 to 587  in the last six weeks, which signifies notable developments in the project's fundamentals. Once the market recovers from the present crisis and Nebula gets a market capitalization boost, which currently stands at $56.2, that score is likely to rise above 600. The Stability Outlook rating is CCC or 31.7%, which is not great but still sufficient enough to consider Siacoin a viable investment and trading instrument.

The initial investors should still be happy with SC as it retains the all-time ROI of 2800%, although those who committed to this coin a year ago must be disappointed since it lost 58% of its value in the said period.

Recovering at a snail's pace

Needless to say that in mid-March, Siacoin had felt the devastating blow of the bears who dropped the price of the 69th cryptocurrency by 62% in 48 hours. SC had stopped its downfall at $0.0007, marking the two-year low. And now, it is in the process of a long, and apparently tedious, recovery, the half of which has already been completed as its price was $0.0014, as of writing. 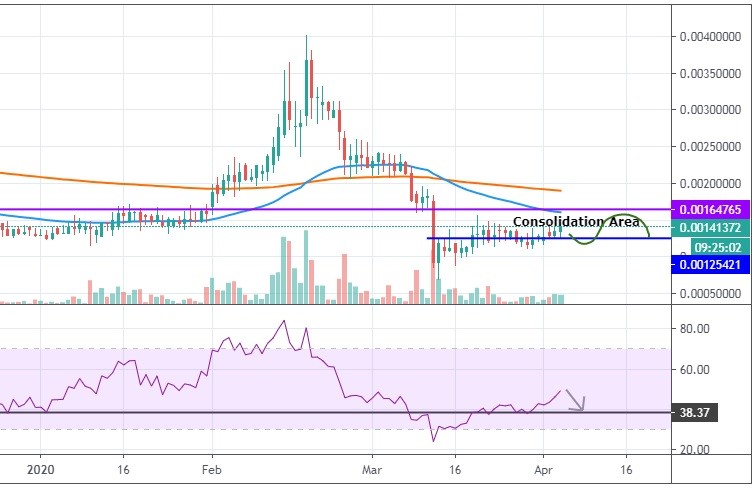 The chart above shows that Siacoin has embarked on the path to recovery that is almost identical to the one of the majority of cryptocurrencies - a phased upward movement with short price bursts. The initial bulls' resistance, which happened at the candle after a massive bearish one and coincided with the largest buying volume by far, got the price above the close at $0.0009 but had ultimately trapped the buyers for a week at $0.00125.

Right now, SC is making weak efforts to entrench above the bearish zone, mainly because the buying volume has decreased substantially in the last two weeks - the same applies to the sellers. The 14-period RSI is also on the slow rise from the oversold to the current level at 45, but it is likely to give the support at 38.37 another re-test, resulting in a short-term price drop. During the next two weeks, the price of Siacoin will consolidate between $0.0012 and $0.0016, with the upper line of the channel being a firm historical resistance level.