If we were to make a list of the biggest hard-gainers among altcoins, SEELE would definitely occupy the top of the pedestal as it has displayed a mind-blowing 3,385% price increase on the year-to-date chart.

As we can see, this coin has strongly outperformed its closest rivals Synthetix (SNX) and Bitfinex Leo Token (LEO). Therefore, all those who invested in Seele this year, at any point in time between January 1 and July 26, when the coin had embarked on the prolonged bull rally, will definitely have one of the merriest Christmases of their life.

Not such a wonder-coin after all

However, the initial investors, who bought this cryptocurrency during the period of its inception and listing on cryptocurrency exchanges won't share everyone's joy from such stunning gains, because for them, this year's super strong price boost means only the beginning of the recovery after an abrupt crash of Seel's price during its first months on the market, which was followed by a prolonged correction phase that lasted from July 18, 2018, until the aforementioned beginning of the bull run. 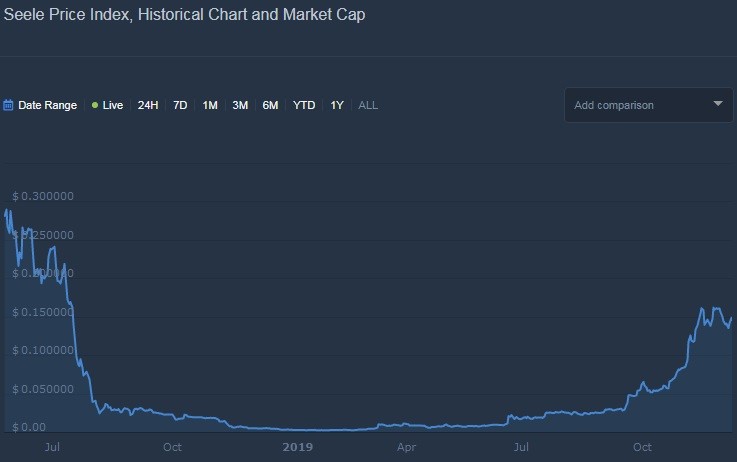 Despite the recent miraculous performance, SEELE's all-time return on investment is a mere -53.78%, which is probably one of the reasons why this cryptocurrency has failed to make it to the Coinmarketcap's Top 10, though it boasts a solid market capitalization of $98 million and a respectable average daily trading volume of $30 million.

As of the time of writing, the value of SEELE was assessed at $0.139, which is miles away from it's all-time high of $0.314, which the coin reached in the spring of 2018. But given its unique fundamentals and the fact that the project rolled out the mainnet only a few months ago - which was one of the primary causes for such an unprecedented price untick - the question remains whether Seele has already reached its extreme highs for this market cycle, or would it continue the confident stroll to the upside, breaking through different levels of resistance along the way.

Speaking of fundamentals, Seele should present interest to every blockchain enthusiast since its developers have come up with a solution for public blockchains that would allow making them ultra-scalable thanks to the utilization of the Matrix-Proof-of-Work algorithm, which should disrupt the seemingly inevitable domination of ASICs and GPUs.

The price prognosis for the near future

Judging from the crypto's price action from the last four weeks, SEELE has finally lost its upward momentum and began settling in the trading channel where $0.13 acts as resistance while $0.17 exercises the role of support. 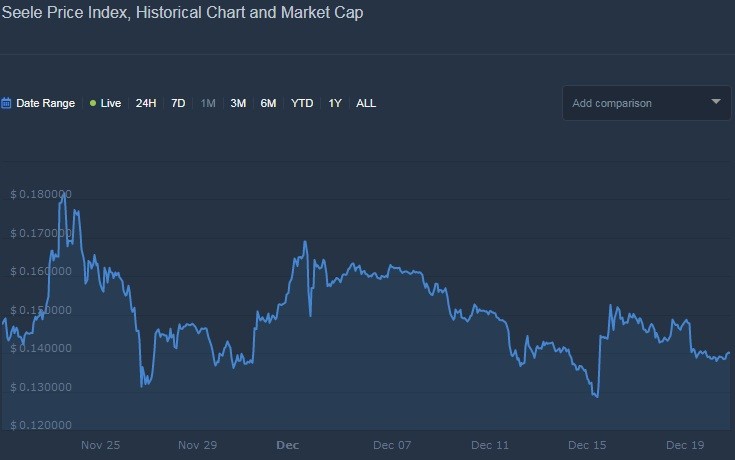 Over the last seven days, Seele's price fluctuated only by 0.62%, which serves as further support of the notion that the coin has entered a period of consolidation. The market logic dictates that a phase of incredible growth should be followed by a correction, but it is still unclear how low it could fall since the previous support occurred at $0.054. 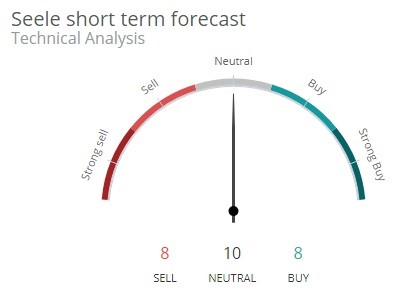 The majority of technical indicators remain neutral towards SEELE at the moment, with only the 14-day Stoch RSI and 30 to 50-day SMA and EMA suggesting a buy option. MACD and RSI provide no clear hints, but most likely than not, SEELE will see the reduction in price over the coming weeks. Therefore, don't hesitate to take profits and monitor this coin throughout the holidays.