Despite occupying the 3rd place in global ranks, Ripple must have been a total disappointment for its holders. Not only did this coin fail to react appropriately to big news, like the partnership with MoneyGram, but it has literally nothing to show when it comes to gains - on nearly every time frame.

Over the past 365 days, the value of XRP degraded by an astonishing 50% against the US Dollar and 62% against Bitcoin. The last week was the only bright spot for Ripple since it gained the minuscule 5% against USD.

Not to say that this coin is not worthy of trading - on the contrary, XRP has probably one of the most stable average daily trading volumes among top coins, which fluctuates within the range of $1,8 billion and $2,6 billion. However, this coin is definitely not the best choice for holding unless you acquired it in 2014 when XRP had hit the all-time low at $0.0028. In that case, the 2,951% return on investment should serve as a great consolation. 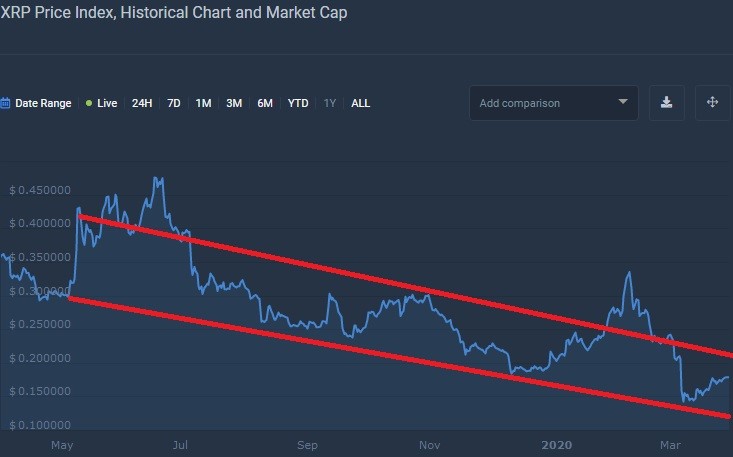 But even though in 2019, Ripple didn’t even try to exit the evident downtrend, it might be gearing up for a big move this year.

A hint at the bullish inclinations

Here is an example to substantiate the claim that Ripple’s price action largely ignores positive news related to the company’s business initiatives. On April 2, Anchorage Trust Company, a well-regarded San Francisco-based custodian for digital assets, announced that it had concluded a partnership agreement with Ripple Labs concerning the listing of XRP as one of its primary custodian solutions.

Normally, a news piece like that would have catapulted the price of a cryptocurrency by at least 10%, but XRP reacted as if it has never happened, gaining a tiny bit more than 5%, which was a market average on that day.

However, the charts reveal a feature that could arouse the interest of mid and long term traders. The weekly time frame shows a clear bullish divergence between the price action since January 2020 and the 14-period Stochastic. 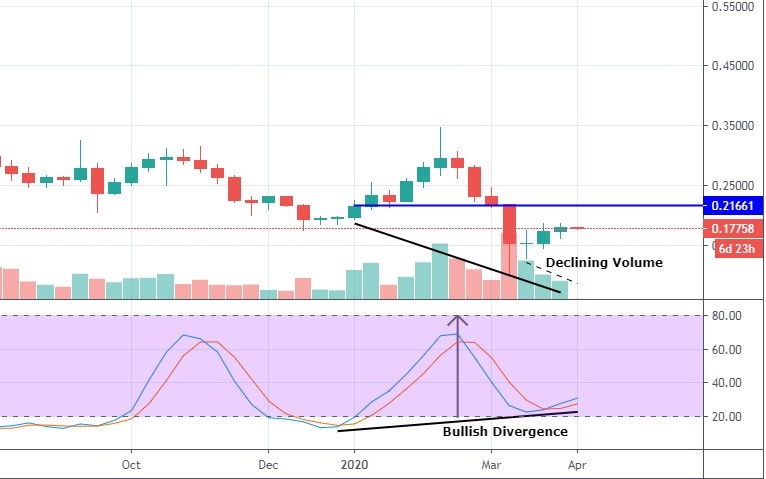 This is not the first time when the weekly price action provides such a signal, and it has nearly always resulted in a bull run of different intensity. Given the current situation in the cryptocurrency market and the global economy, there are certainly no prerequisites for Ripple to make a spurt to a fortified level of resistance at $0.35, but a brave attempt at testing the rooftop of the bear zone at $0.216 seems to be feasible in the next four to five weeks. But first, traders could see a 10% to 15% retracement, which should be viewed as a healthy move since the bullish volume has been declining for three weeks in a row. 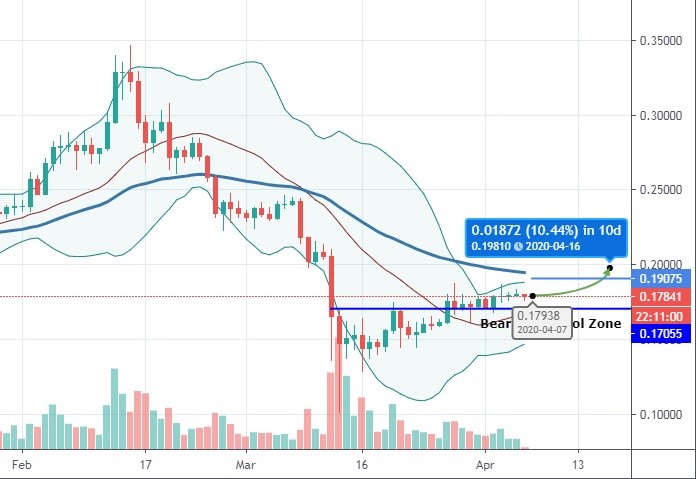 On the daily time frame, Ripple has already escaped from the bearish control zone, the border of which laid at the level of $0.175, where the bulls have been trapped from the day of the sadly remembered market crash. Since we didn’t witness any volatile moves on the part of XRP in that period, the big market players must still be gathering the position size with the intention to offload it in the coming weeks, thus drag the price above 50 EMA and close to the recovery zone.