If there is a cryptocurrency that can be dubbed as a major participant in the current partial altseason, that would definitely be Ren (REN), the ERC-20-compliant coin that has just hit the all-time high at $0.19. Right now, REN’s yearly price gain stands at triple digits: 157% against USD, 182% in the BTC market, and 135% in the pair with Ethereum.

The reason behind such astounding success lies in the recent launch of the Ren VM mainnet, that should bring the interoperability in the space of decentralized finance (DeFi) to a new level. The mainnet launch took place on May 26 and served as a prerequisite for an explosive 138% rally in 33 days that took REN to the said all-time high. 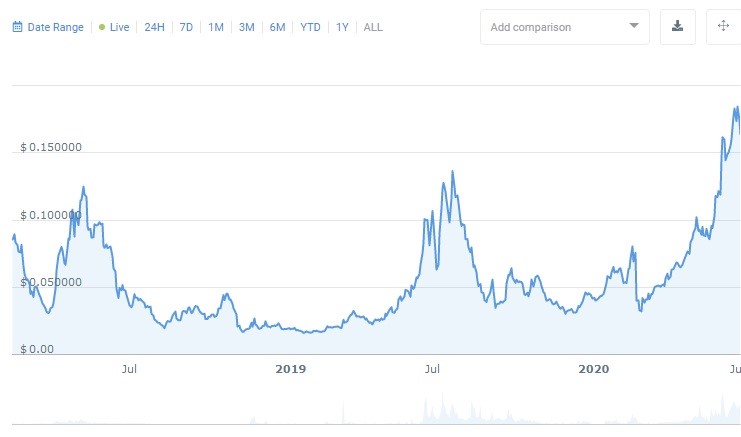 With REN being undeniably bullish, traders should think about employing the tactics that would allow them to ride the trend till its very peak. Although determining that point of climax would constitute a complicated task since there is no distinguishable level of resistance, except for the all-time high itself, which, by the way, is only 14% away from Ren’s current value at $0.169.

A trend continuation or a correction?

The REN price analysis on the weekly chart tells us that the bullish momentum must have come to the point of exhaustion, judging from the direction of the 14-period RSI that had already bent down after going overbought beyond 80 in response to the formation of what appears to be the bullish flag on that time frame, although that could also come as the initial stage of correction. 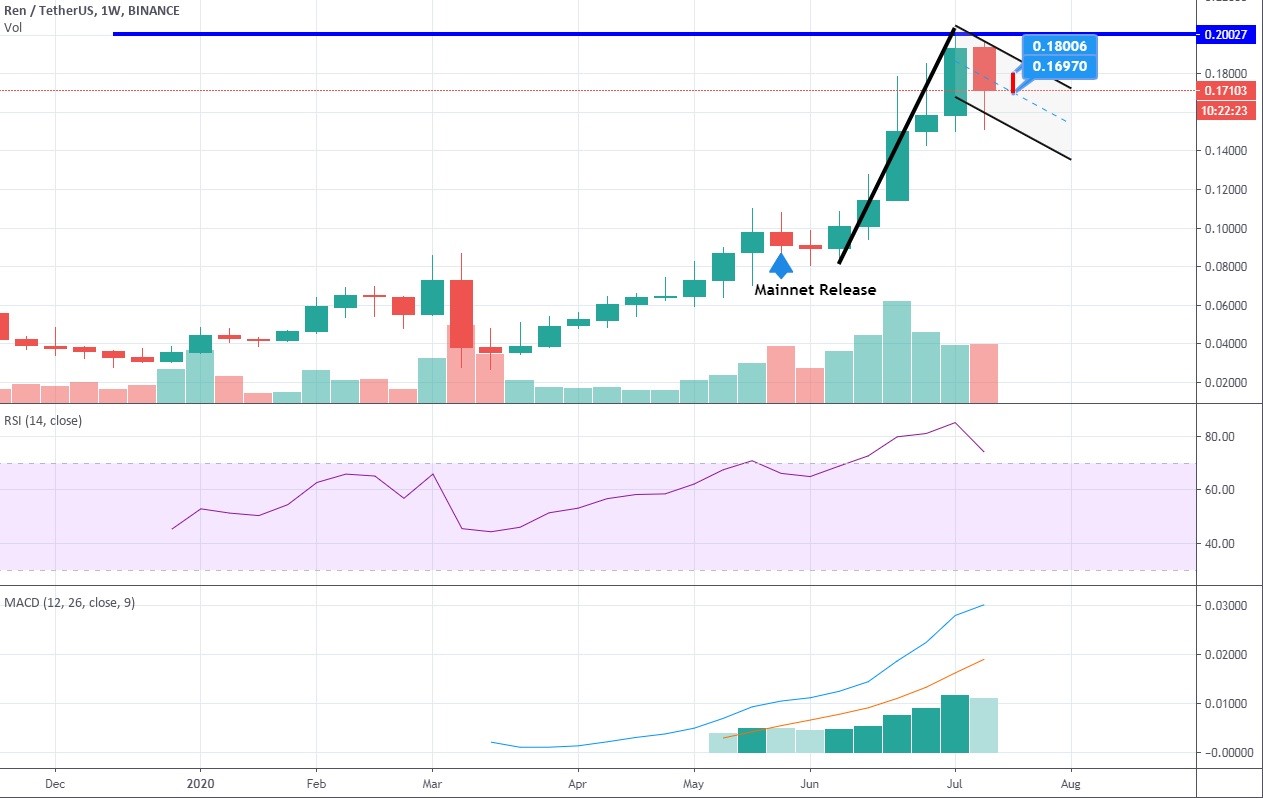 The trading volume profile reveals that the bulls were stopped in their tracks even before the price touched $0.2 as the volume began to decrease a week prior to the resistance test, so there is no doubt that the price will henceforth travel to the downside. A large lower wick on this week’s candle signifies that the bulls are actively resisting the pressure; therefore, the next week could open above $0.18 with none of the sides being able to grab the initiative, and the price action will translate to a spinning top bearish candle with the open at $0.18 and close at $0.169.

A lot will depend on the behavior of the MACD indicator that remains expressively bullish as its signal line has just crossed the overbought extreme at 0.03, although there are still no signs of the forthcoming crossover that will amplify the bearish momentum. At this point, traders should approach this market carefully and expect moderate losses on the part of REN in the next three weeks.

REN has also been making great strides in the Bitcoin market, having gained 137% over the past month. But it appears that the bull rally has run its course as two major indicators signal the commencement of a short-term bearish phase. 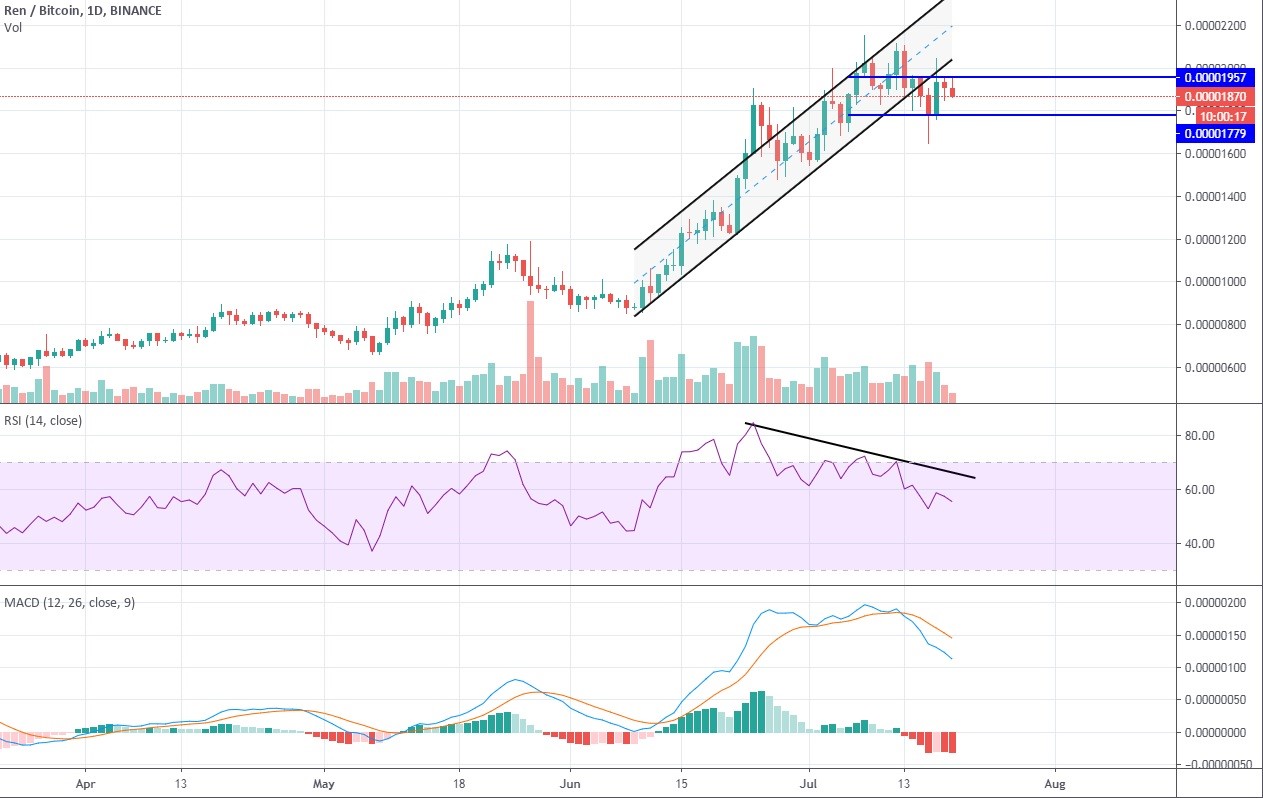 We see that the price has broken the rising channel to the downside with the aim to establish the horizontal range between 1,957 satoshis and 1,779 sats. Both MACD and RSI are hinting at the price decrease, with RSI also showing a bearish divergence.

All in all, we predict the short-term appeasement in both USDT and BTC markets that will lead to more bullish price action in August.