REN is an altcoin that is definitely going to catch the fancy of swing traders because of its stormy price action, whereas institutional traders will appreciate this cryptocurrency for the underlying fundamentals. 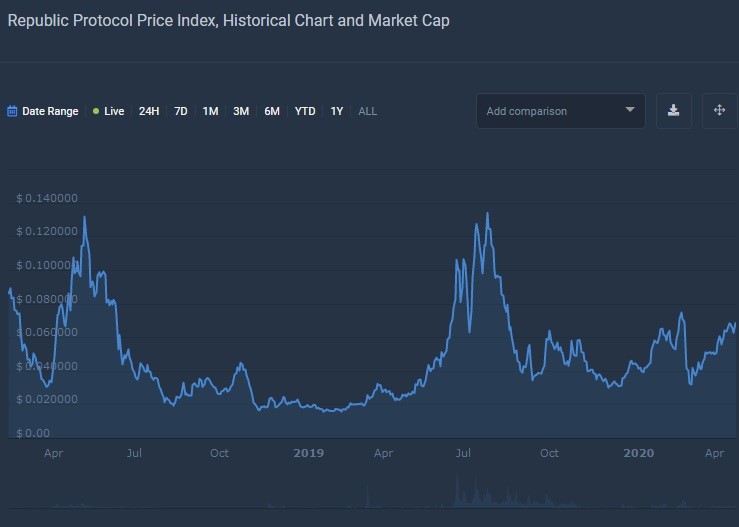 In order to get acquainted with Ren, one would have to dig a bit deeper into the global ranking table since it presently holds the 78th place, a depth where not every retail trader is willing to go. This altcoin has a market capitalization of $65 million, which is adequate for the currency of this class. Ren’s average trading volume is not impressive as it rarely exceeds $5 million, but it is also stable, so don’t expect any pumps-and-dumps in this market.

The fundamental value of REN

Ren, also known as Republic Protocol, started off as a decentralized open-source protocol that was designed specifically for the dark pools. For your information, a dark pool is a form of a private exchange, usually, the one that deals with the OTC trading, that provides means for institutional traders to remain in the shadows, so to speak, right until the moment of trade execution.

These exchanges allow big players to work with large block orders in an anonymous environment. While dark pools have become common for traditional markets over the past decade, the cryptocurrency market has had a lack of such marketplaces, which constitutes the issue that Republic Protocol attempts to resolve by implementing a protocol-defined dark pool for cryptocurrency traders.

Later on, the project has expanded its scope of operations, which now includes blockchain interoperability in zero-knowledge, the development of decentralized applications, and the contribution to the decentralized finance (DeFi) in general.

Ren’s performance as of late

The coin REN is the ERC-20 token that serves as a means for paying exchange fees and, what’s quite interesting, as a form of a bond that ensures the network resistance in case of a civil attack. Apart from the decentralized dark pool itself, REN is also listed on a number of high-liquidity exchanges, such as Binance and Huobi Global, thus presenting ample opportunities for profit-making even for retail traders. Most importantly, Ren has had a splendid year, gaining triple digits against USD and ETH.

The grass is greener on REN’s side right now, and considering that the post-halving era in the cryptocurrency market could well be a bullish one, Q2 of 2020 could also prove very profitable for the 78th altcoin.

After the last market crash, Ren has been shooting up like an arrow, aiming for the pre-crash price level at $0.076, which the coin has finally hit thanks to the 10% sprint on a day. But here it meets an additional barrier in the form of support - now resistance - that lingers since the minor uptrend that started at the beginning of 2020. 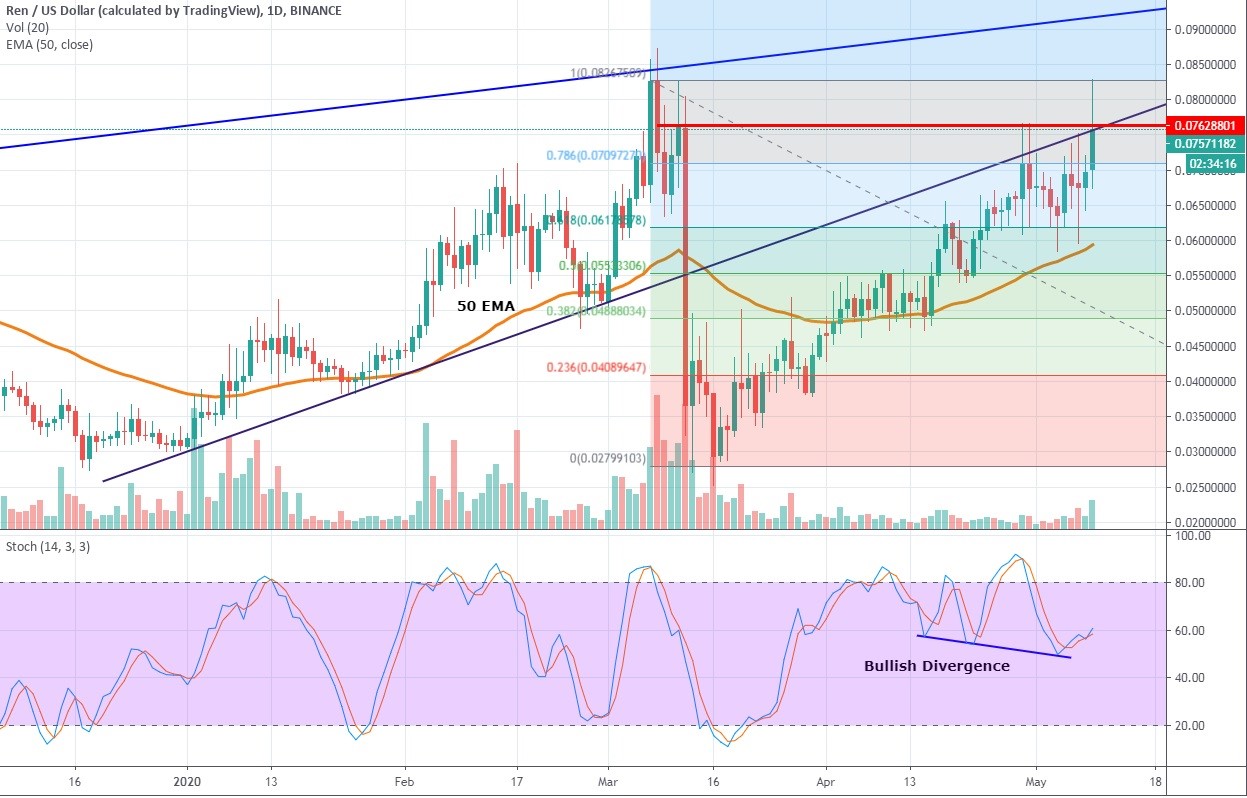 However, Ren appears to have enough firepower to be able to break above that resistance and turn it into support - notice that Stochastic formed a clear-cut bullish divergence, a prerequisite for a big upside move that could send the price past level 1 of Fibonacci retracement and establish a new higher high, thus marking the restitution of a previous uptrend.