When you analyze the price action of altcoins like Ren (REN), and a bunch of others that have made magnificent triple-figure gains over the past 90 days, one could begin to wonder whether the altseason is making its way back. This presumption appears to be especially relevant since Bitcoin decided to take a time out after the halving by ranging and making Bart Simpson patterns, losing its dominance along the way.

And while most cryptocurrencies are sluggish, loitering about some critical resistance levels or whatnot, REN is constantly pulling its price to the upside like a draft horse. Last month, the coin had an impressive performance as its value in USD and Bitcoin got appreciated by 50%, although it did slightly worse than Ethereum, having gained 30% less than the 2nd cryptocurrency. 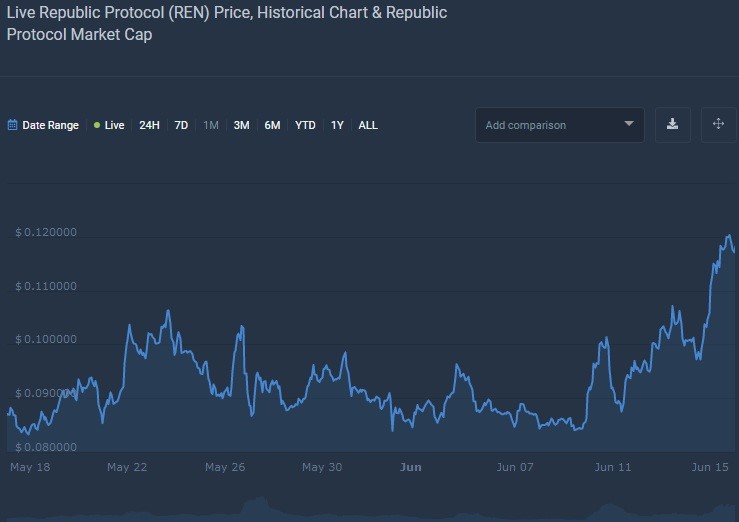 But the most important thing that happened to Ren over this period was the establishment of a new local high, which is now in the process of completion as the price has been on the rise for the past seven days, having already made a nearly 40% frog leap, thus once again outdid the dominant currencies. 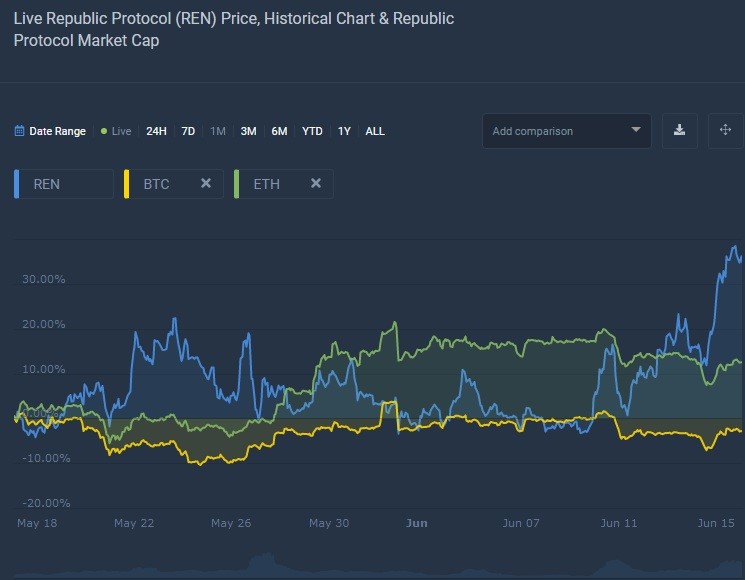 Such an eye-boggling price action on the part of Ren is not a fluke or some kind of sophisticated manipulation. First of all, carrying out a price manipulation in this market would be a daunting task since the overall trading volume is being spread relatively equally among such exchange platforms as Binance, Huobi Global, Extrates, and Bilaxy.

The fact is that the project has recently launched the RenVM mainnet, which marks an important step towards the complete interoperability of decentralized finance (DeFi), as Ren is heavily focused on developing cross-chain solutions.

The mainnet launch appears to have provided the much-needed incentive for REN as its all-time ROI is back 45% in the green, while the price has only a couple of steps left before it could make a new all-time high, which is now only 21% away at $0.147.

A final burst before the new price peak

As you can see on the chart below, REN has been nothing but bullish after the brutal market crash from three months ago, as it has been going to the upside uninterrupted by the bears who were showing up only when there was the time for a minor retracement. Ren did have one serious pullback that amounted to 15%, but it couldn't go past the channel resistance. 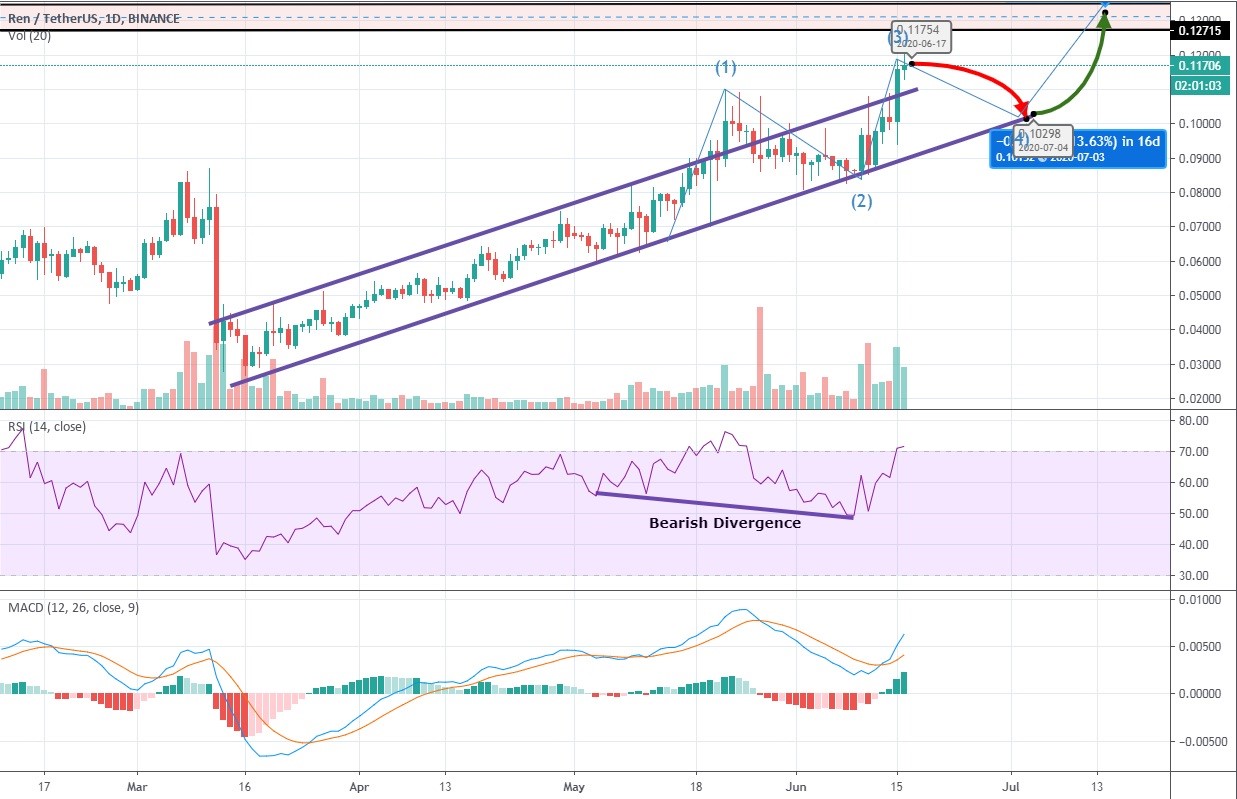 Presently, the price is moving in the Elliot wave pattern, with the expectations being that the next move to the point 4 would be the 13% retracement to $0.1, upon which Ren is going to make a burst to the zone above $0.12, at which point the price could get rejected to $0.11.

However, there is also a possibility that REN would prolong the upswing all the way to the designated resistance zone because MACD is very bullish right now, having just made the upside crossover, accompanied by the rapid growth of histogram trees and wide separation of signal lines. RSI is less moderate in its bullish intentions as it has already made it to the overbought zone. Plus, there is a bearish divergence on the daily RSI, which could serve as a sign of a coming rejection, but the divergences aren't always playing out in the cryptocurrency market.

To summarize, REN is highly likely to establish a new all-time high over the next four to six weeks, so there is a possibility for a profitable long play after the retracement.