Despite the significant progress made by Ravencoin during the past 30 days - RVN gained 28% against USD - the altcoin still remains on the negative side when it comes to yearly gains: - 24% in the USD market; - 34.4% against Bitcoin, and -67% in comparison to Ethereum’s performance.

Regardless of that, RVN has been displaying a positive dynamics of price development ever since the COVID-19 market crash, although it was only last week that the altcoin had restored the pre-crisis value of $0.025. Ravencoin is one of the few cryptocurrencies related to decentralized finance (DeFi) - its network provides for the seamless peer-to-peer transfer and creation of digital assets - that hasn’t experienced an exponential price growth since the so-called DeFi craze had kicked into gears and ensured astronomical gains for some other altcoins.

This fact can be interpreted in two ways: either RVN has inherently weak fundamentals and just can’t cut it as a fully-fledged DeFi currency, or it bears a lot of upside potential that could get realized in the form of a massive pump later on.

Is Ravencoin going to fly higher?

Judging from what we see on the weekly chart, RVN is indeed preparing itself for an explosive bull run. The bullish volume has been growing steadily during the past four weeks, which is a definite sign of the approaching breach of the resistance level at $0.028 that has been the level of strong price interaction for nearly a year. 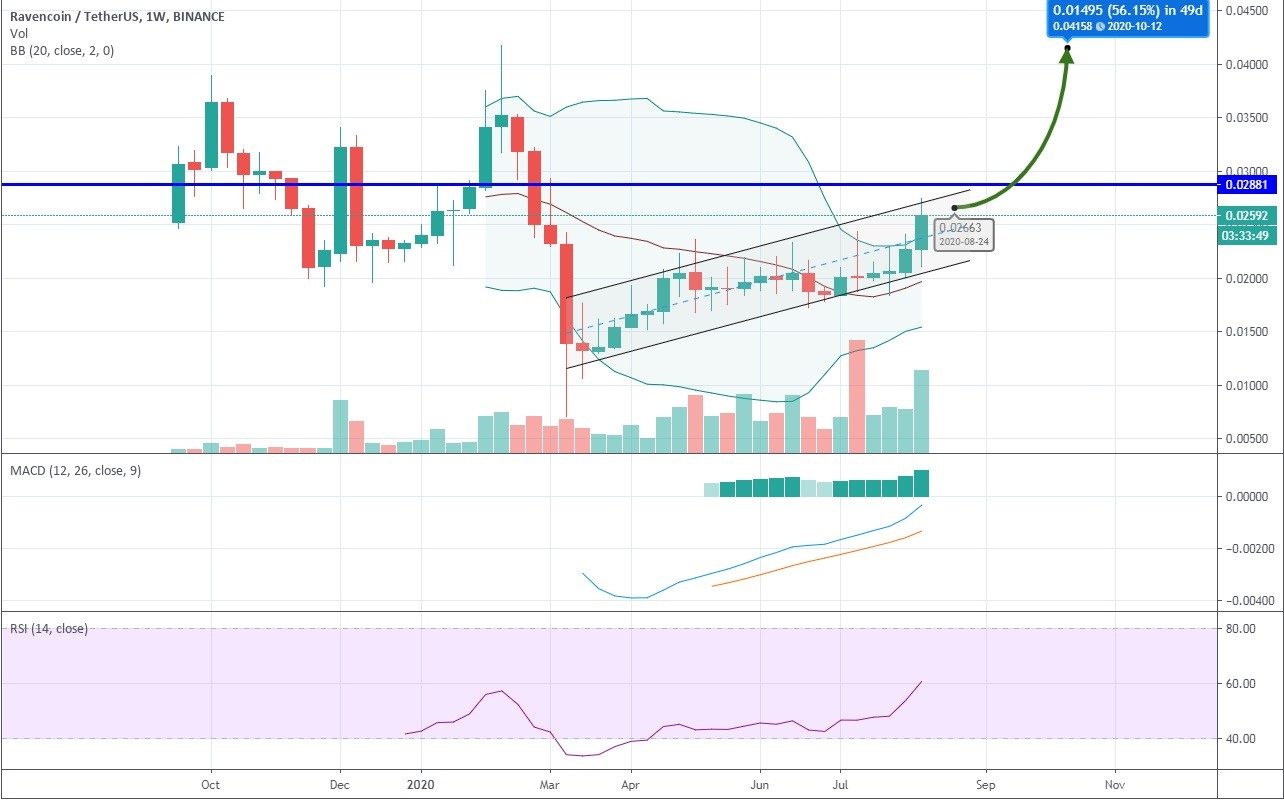 Besides, the key indicators on this time frame also reveal that Ravencoin might join the cohort of strong gainers any time soon.

Having taken that into account, we predict that Ravencoin will easily go past the aforementioned resistance levels and travel all the way to $0.035, to match the peak of the previous bull rally, or possibly above $0.04 in one large swing, where it would establish the first higher high of the secondary uptrend.

The situation on the daily time frame is equally bullish as RVN starts having another bullish impulse that might peak at $0.028. 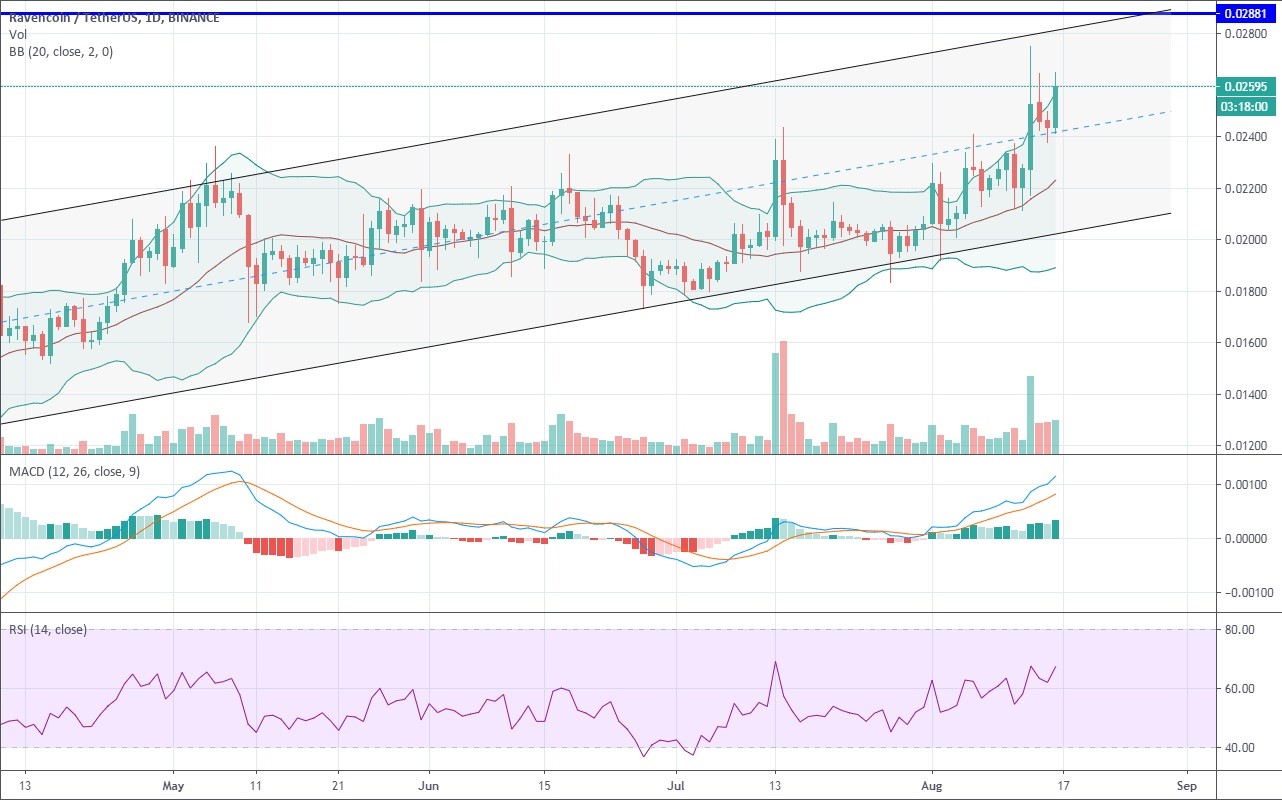 Therefore, RVN provides an opportunity to make a quick 8% long trade before the price makes a final retracement prior to encountering the resistance at $0.03.