Quant (QNT) has surprised a lot of traders on Hotbit and Bittrex, cryptocurrency exchanges that absorb the majority of QNT's trading volume, since it has actually started to move on the upward trajectory right after the price had smashed into the monolith resistance at $1.86 on the infamous Black Thursday.

What's surprising is that many market analysts predicted tough times for altcoins after the coronavirus market crash due to an enormous outflux of money from crypto in general. Plus, the Bitcoin dominance was on the rise thanks to the expectations around the halving event that took place in the middle of May.

The altcoins were supposed to lay pinned to the all-time lows or local lows without even daring to initiate an uptrend. However, QNT managed to defy the pessimists by literally exploding to the upside, and in doing so, breaking two crucial resistance levels at $5 and $7.5 that stood on its way to a new all-time high, which is only about 45% away from Quant's current price that stands at $8.85.

Quant didn't hesitate to recover after the coronavirus market crash, which seems to have brought an end to the 250-long downtrend after the explosive bull rally in April - June 2019. Moreover, we reckon that the bump off $1.86 has actually reversed the downtrend, and now QNT is setting aim at the psychological resistance level at $10. 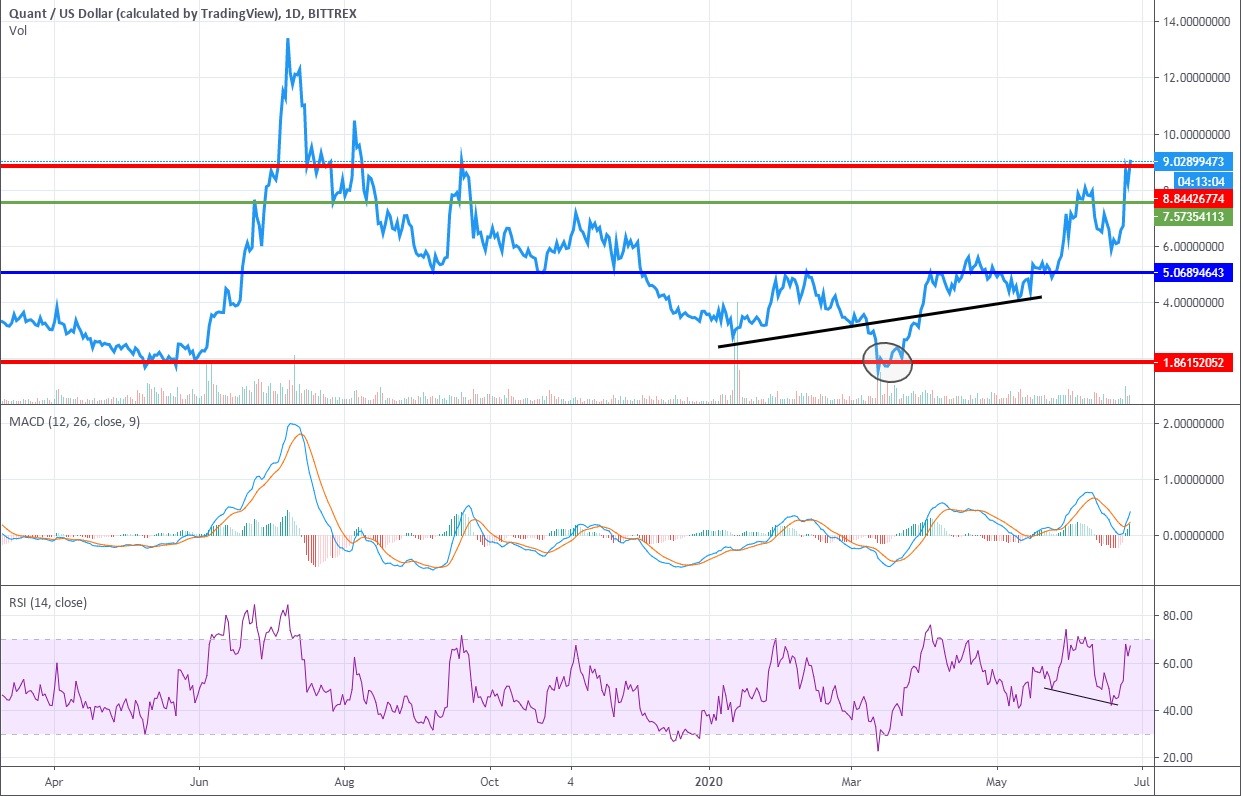 What gave us a hint about the possible reversal was the head and shoulders pattern, although it is slightly tilted to the upside, that appeared on the daily time frame. The H&D also served as a breakout pattern as it helped the price to burst out of the confines of resistance at $5 and go straight to $7.6. As of the time of writing, Quant's price is squeezed between the support at $7.6 and resistance at $9.

Our QNT price prediction is based on the presence of an H&D pattern as well as the bullish outlook on major indicators. Attentive traders should have spotted a bullish divergence on MACD that began to emerge in December 2019 and finalized in the middle of March, right at the time of the supposed downtrend reversal. Also, during the last decisive upswing from $6, all the way to $8.8, MACD made a clear bullish crossover that could last until the indicator reaches level 1 and reverses. The 14-period RSI is as bullish as MACD, although it does have a hidden bearish divergence within it, which gives as the reason to expect that the price will be rejected slightly above $10. 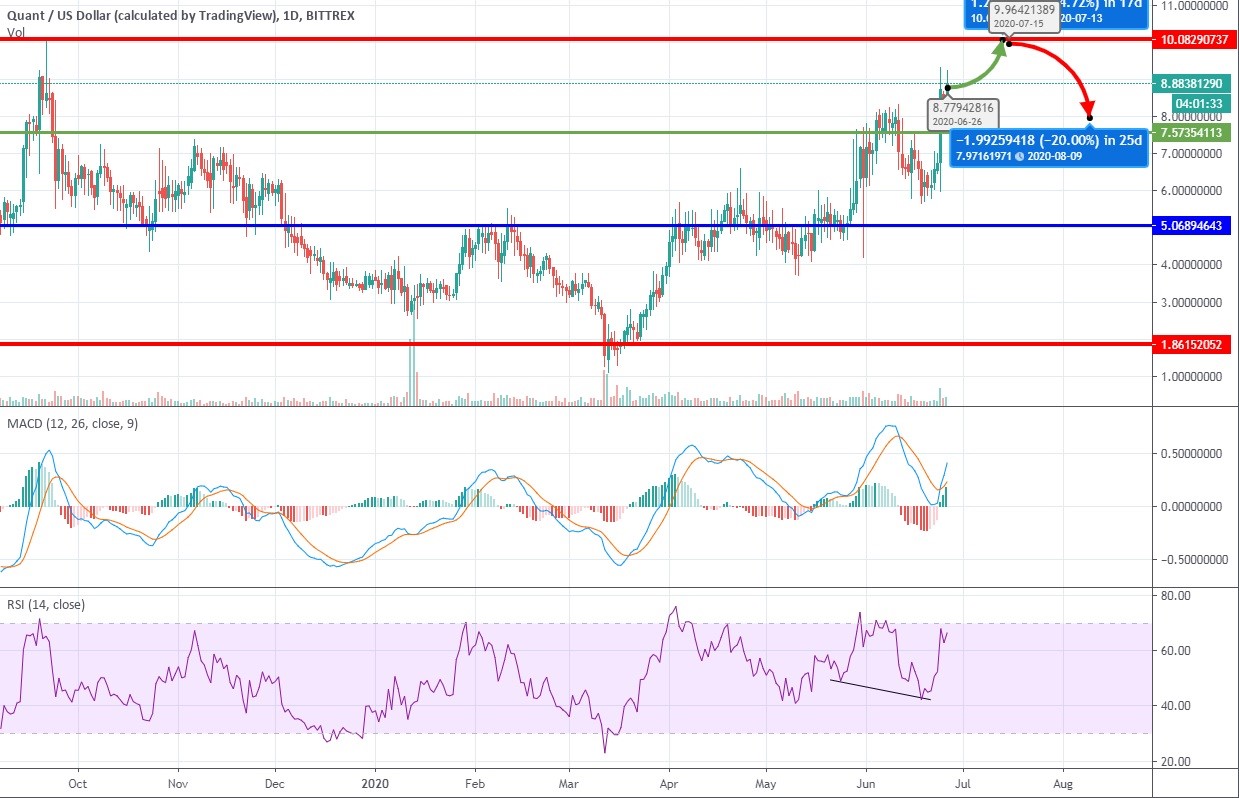 Therefore, those who went long on QNT at the last retracement should consider taking their profits soon since we expect $10 - $10.1 to be the top of the current upswing. Taking into account that Quant has been making an average retracement of 20% over the present cycle, we predict that QNT will test the resistance at $10 over the next 6 to 8 days of price action. Upon getting rejected, the price will gradually retrace to $7.9.