The recent developments in the cryptocurrency market should have opened traders’ eyes to the fact that Bitcoin, Ethereum, and the rest of widely recognized cryptocurrencies aren’t always the most profitable ones. The majority altcoins are usually being mocked by the crypto community through memes and other pseudo analytical blog posts, but the reality is that there is a number of hugely underrated coins that perform incomparably better than their peers and bring significant profits to traders who were inquisitive and risky enough to place their trust in the likes of Quant Network (QNT), or simply Quant, a currency that turned out to be vastly superior to Bitcoin and Ethereum in terms of gains during the time of crisis. 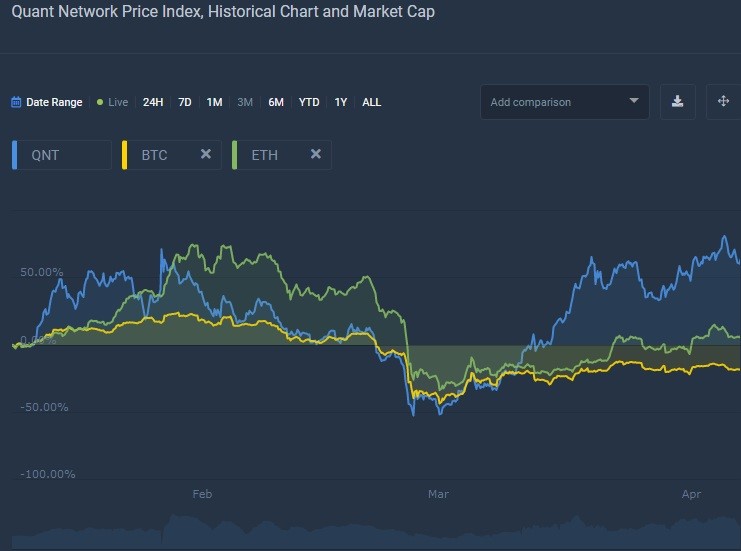 Quant Network is not fresh-out-of-the-oven cryptocurrency - it has been around since April 2108. During that time, QNT has proved itself as a coin suitable for swing trading since its price action has always been quite choppy and inconsistent, though very volatile at times. 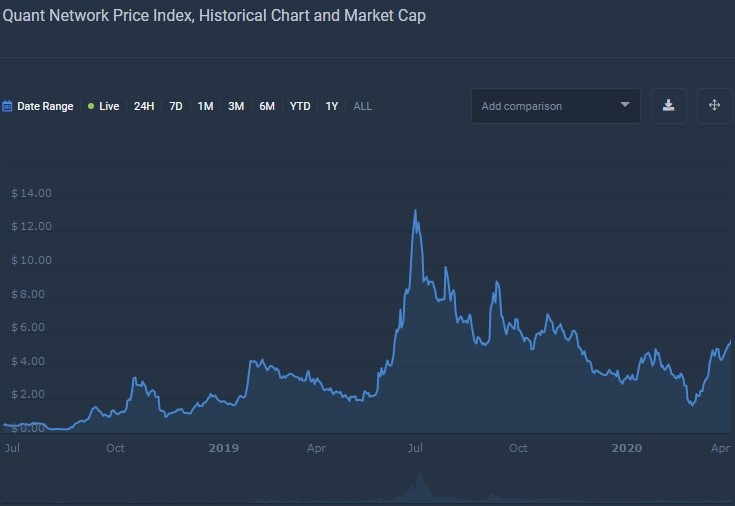 So far, this coin has never moved in the same pattern, though it usually adheres to the macro trend once it is initiated. This makes analyzing and trading QNT both complicated and exciting because that cryptocurrency is a real profit-maker.

Despite the ups and downs of 2019, Quant Network has had a respectable price increase of 102% against USD and 53% against Bitcoin. During the previous month, which marked the toughest time for this market in two years, QNT has really put the pedal to the metal and gained 140% when paired with USDT. There are hardly a dozen cryptocurrencies throughout the entire market that can match these results.

A market crash as an instigator of an uptrend

Before delving deeper into price analysis, let’s have a quick overview of Quant’s fundamentals to reassure you of its worthiness for both trading and investment. This ERC-20 compliant cryptocurrency is the primary vehicle of value exchange for a project that aims to create a network that can unite multiple blockchains, along with the blockchain-enabled verification systems for calls, emails, etc., called GoVerify. The verification part should be of enormous demand from both enterprise and retail users that is going to reflect positively on the price of QNT.

The currency is presently ranked 67th, with the market capitalization of $63,5 million and a relatively high average trading volume that fluctuates between $1,9 and $5 million.

However, it’s not fundamentals what makes Quant Network arguably the most appealing cryptocurrency for trading, if you are a registered trader at Hotbit or Bithumb Global. It’s the fact that QNT has engaged in an uptrend in the midst of the ravaging crisis. 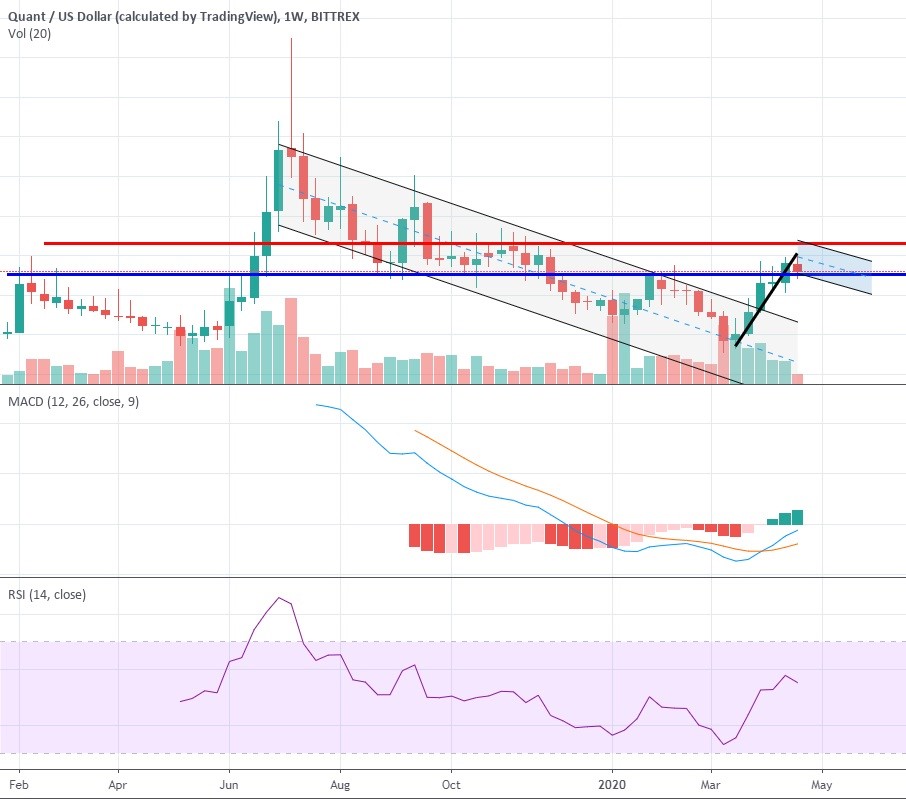 Quant had broken out of the confines of macro downtrend at $3.32 and continued on without retesting to penetrate another fortified resistance at $5.06. Note that this upswing has been performed during the time when the entire cryptocurrency market was falling into the abyss. The move has been made with the support of the adequate buying volume, which has now run out of steam.

Therefore, we expect that Quant Network might make the last dash to $6.6, but then will begin forming the bullish flag, the bottom of which should be at $5.3 or $4.6, depending on the intensity of the pressure from the bears. Once the retracement will have been made, QNT should make another attempt at $6.6 and then either consolidate or keep moving upward. The last scenario is preferable because MACD will strive to compensate after a prolonged bearish period, while RSI has plenty of room before the overbought region.