Similarly to many other altcoins, Qtum (QTUM) entered the fall season with a massive capitulation after a super-strong bull rally. At the moment, Qtum occupies the 61st position in global ranks, priced at $2,36, obtained as the result of the seven-week long correction that commenced after the price reached $5.5 with an upper wick and then reversed sharply, causing Qtum to lose 61.9% of its USD value in 49 days.

The newfound correction was accompanied by a substantial reduction of coin’s market capitalization that fell from $470.4 million on August 21, the day when the correction kicked in, to the current $229 million. Also, we have noticed a significant reduction in average trading volume in the past 60 days that went down from $420 million at the initial stages of the correction to $180 million. The tightening of trading volume is one of the main prerequisites for a protracted consolidation, which, we reckon, will begin once the price finds an adequately strong support level.

It’s time to dig out the strategies for range-trading

After applying the Fibonacci retracement grid on the weekly chart, it becomes clear that the buyers are now trying to keep the price above the 0.236 level, or $2, and in doing so, ensure the comfortable transition from steep correction to consolidation. 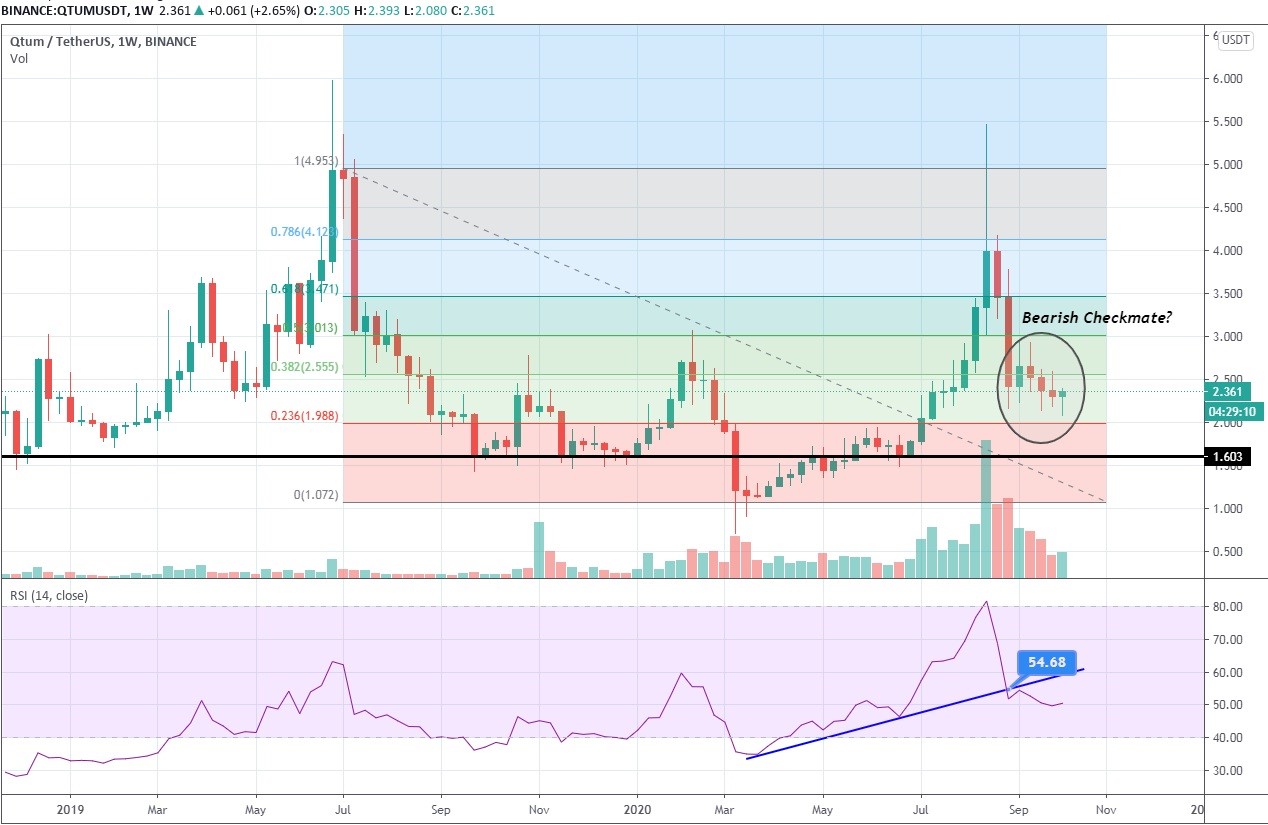 The buying volume began to pick up closer to the end of the week - before that, we registered the shrinking selling volume - signifying the determination to keep the support at $2.15 intact. However, the price action appears to be drawing the bearish checkmate candlestick pattern, which, as the name suggests, could resolve to the downside and force Qtum to slide to a magnetic point at $1.6, where the price had always used to consolidate during the bearish periods.

A move like that will result in another 30% price depreciation and the total loss of traders’ confidence in QTUM. In all candor, it wouldn’t come as a surprise as both traditional and cryptocurrency markets have taken the bearish stance in reaction to the worsening situation around the COVID-10 pandemic. However, a dip like that would totally negate the uptrend architecture and leave QTUM under the bear’s thumb.

Our bearish outlook on this altcoin is supported by RSI that couldn’t find support at 54.7 (when the price was at $2.5 that would have constituted an appropriate higher low) and kept on sliding to 50. Therefore, given that it’s uncharacteristic for QTUM to stay in the area between 0.382 and 0.236 Fibonacci retracement levels - $2.55 and $2 price-wise - we expect that the consolidation will take place between in a channel between $1.6 and $2. 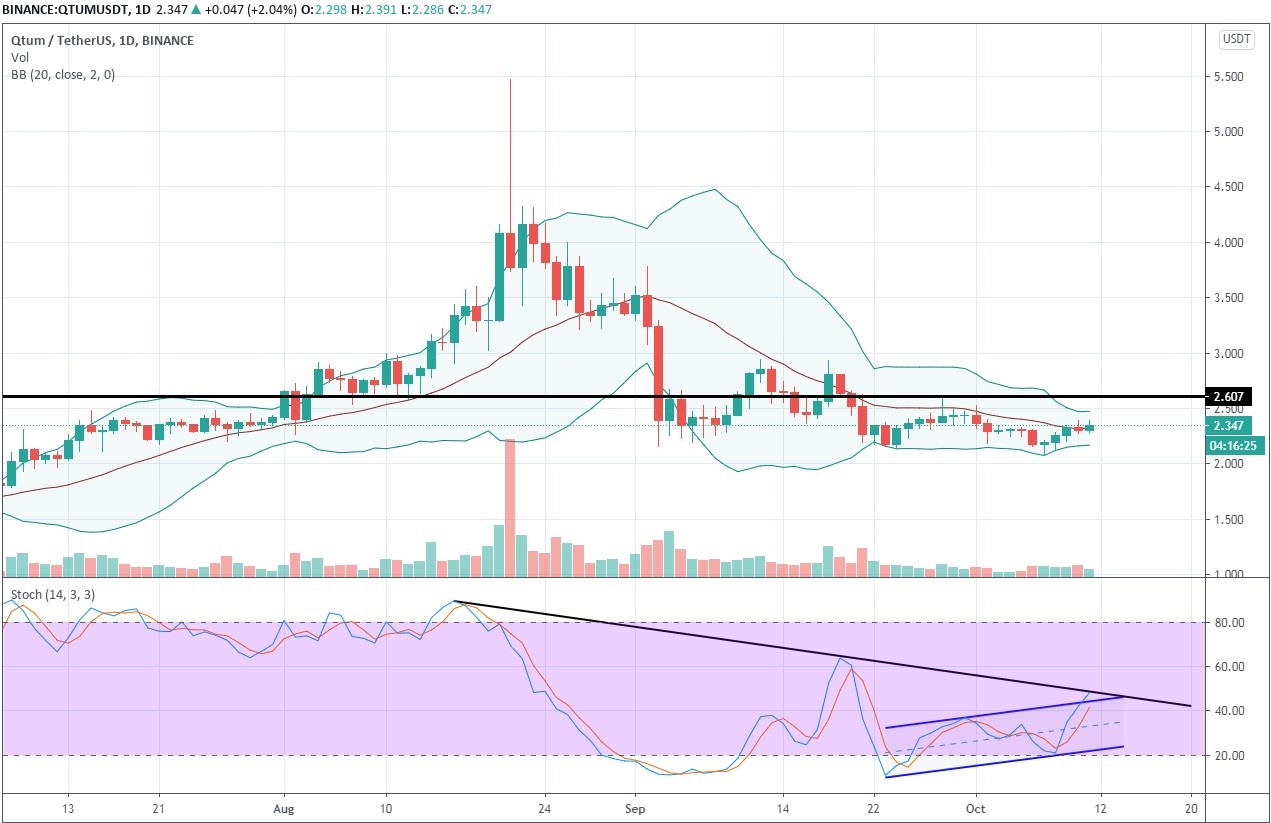 On the daily time frame, we see QTUM entering the Bollinger Bands squeeze with Stochastic plodding to the upside in what appears to be a hidden bullish divergence that might signal about the approaching burst to the upside, with the price target being established at $2.6, a potential 10% gain. However, the fact that both the middle line of BB and Stochastic are heading downward, the bears will keep on pressurizing Qtum to the March price levels.