While the newly emerged DeFi coins are the talk of the crypto town nowadays, other altcoins that utilize the Ethereum network have also been making gains, although far more modest than that of Aave (LEND) or Band Protocol (BAND).

Last month, Qtum made 47% to the upside in the USD market, considering the 10% it has already lost during the past week, thus allowing the coin for smart contracts platform to take the last year’s performance figures back on the green side. However, that was achieved after a protracted consolidation that lasted from the middle of March until June, which was still in place when the rest of the market began getting pumped up. 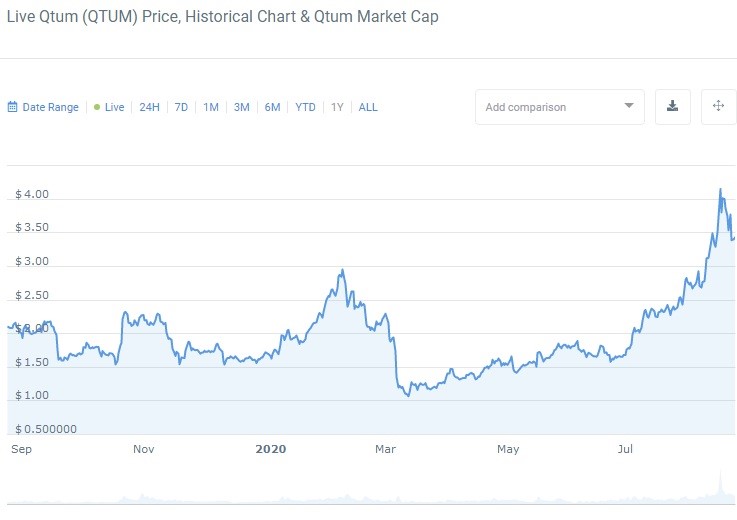 The consolidation ended with a moderately strong bull rally that took the price to $4.5, the level where the sellers have set up a roadblock that forced the price to retrace to the current $3.45. Nevertheless, the 12-month worth of price action shows that this rally has proven to be the strongest among those that occurred in this period of time, so it would be fair to say that QTUM is presently operating within the context of the secondary uptrend.

Also, the project has made significant improvement on the fundamental front, namely the activation of offline staking on the mainnet that took place on August 28, after the block number 680,000 had been mined. By virtue of offline staking, holders of QTUM will be able to delegate the funds to online nodes, run a Super Staker node, and store third-party’s coins without the fear of encountering a custodial risk. The launch of offline staking is an interesting event in itself; besides, it could be capable of catapulting the price to new highs.

The weekly chart below proves QTUM to be respectful of Fibonacci retracement levels, which might help us predict the depth of the ongoing pullback, as well as the potential price target for the next bull run that is most likely to happen, given the sentiment in the crypto market, in general. 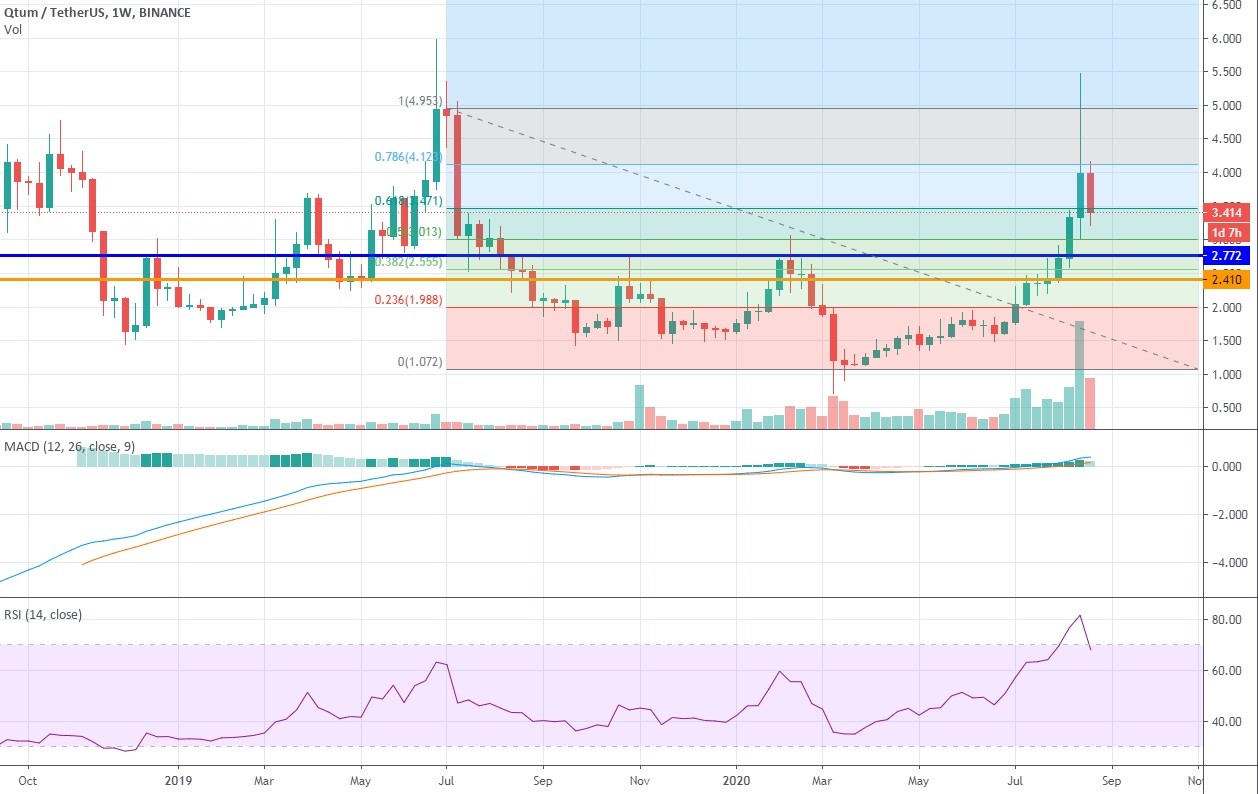 Right now, however, the price is struggling to get past $4.12 or the 0.786 Fibonacci retracement level, which has already been tested twice, although it managed to penetrate all the way to $5.5 with an upper wick, but was hammered back below the resistance immediately. Although we do see how the buyers are holding fast near $3.4 - QTUM’s current value - and should they force the price to stay at or above that level at week’s close, the next week could open with a bullish spike on the back of the offline staking launch. 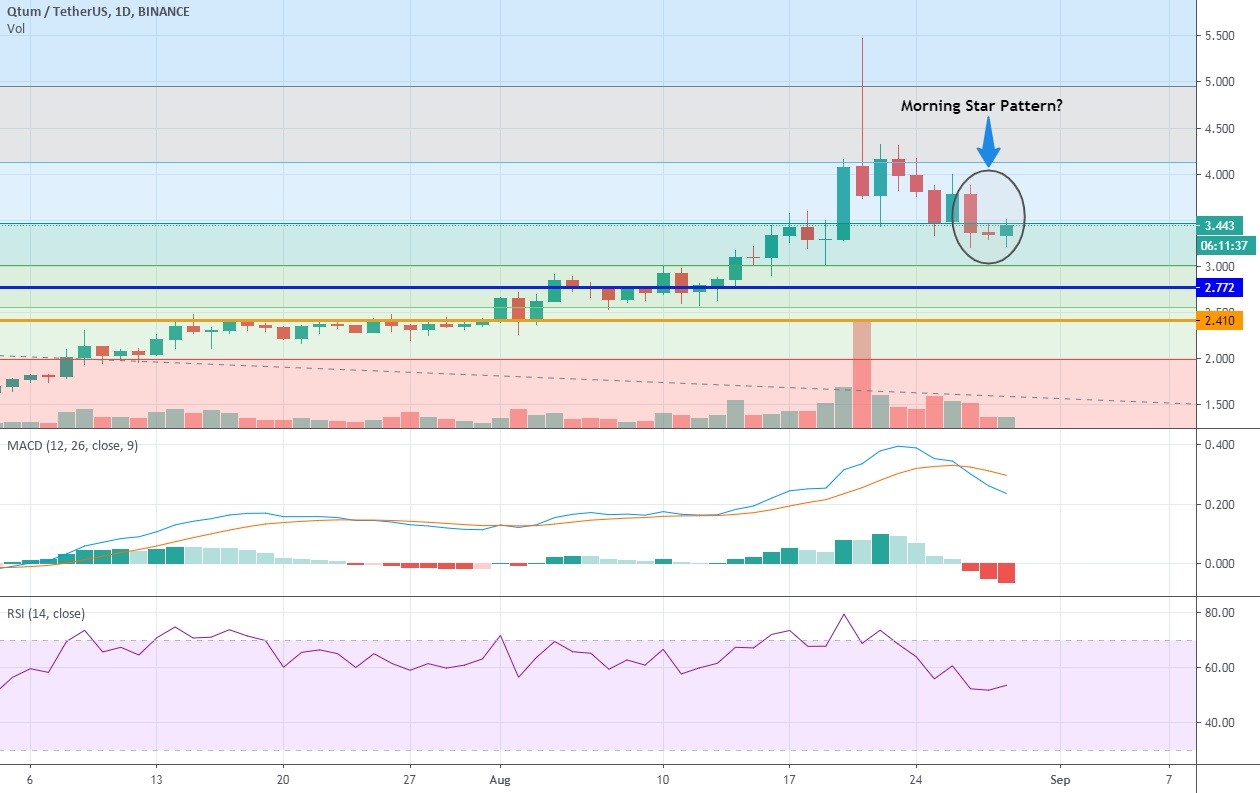 A quick look at the daily chart confirms the notion about the bullish intention of QTUM, although MACD is still in the bearish phase, while RSI is already displaying signs of a reverse. We also see that there is a morning star pattern in the making, although it is unlikely that this daily candle will close above 0.618 Fibonacci level; therefore, we could see a further retracement to $3 in the first half of the week.