Despite the overall weakness that Qtum (QTUM) had been displaying for three months that followed the infamous market crash, the coin that serves the needs of the PoS blockchain for smart contracts has had a very good month that translated into the 30% gains across the board.

The price of altcoin has been soaring against USD, BTC, and ETH on all time frames since July 29, when the team announced the completion of the testnet hardfork in the process of preparation for the mainnet bifurcation that is planned on August 28, although the date is subject to change. The hardfork had also coincided with the introduction of offline staking in the cryptocurrency under review that was associated with by far the most significant amendments to the corresponding protocol. 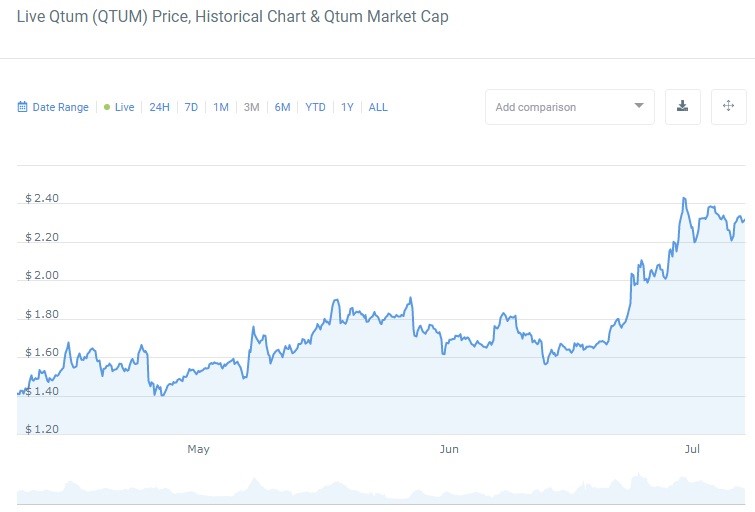 The price chart above clearly shows how the price had literally taken off after spending weeks trapped between $1.8 and $1.6, a period that traders should have used to juice up the position in this market prior to the hardfork announcement, upon which Qtum required only about 20 days to get its value appreciated by 55% in the USDT market.

Certainly, that is not a mind-blowing showcase on the part of QTUM, but those altcoins that currently occupy the headlines, Chainlink (LINK), for instance, had also required some time to muster the bullish strength.

Retracement or the conquest of resistance - what awaits Qtum?

Let’s begin the QTUM price analysis by reviewing the situation of the weekly time frame and pointing out the key areas of price interaction. 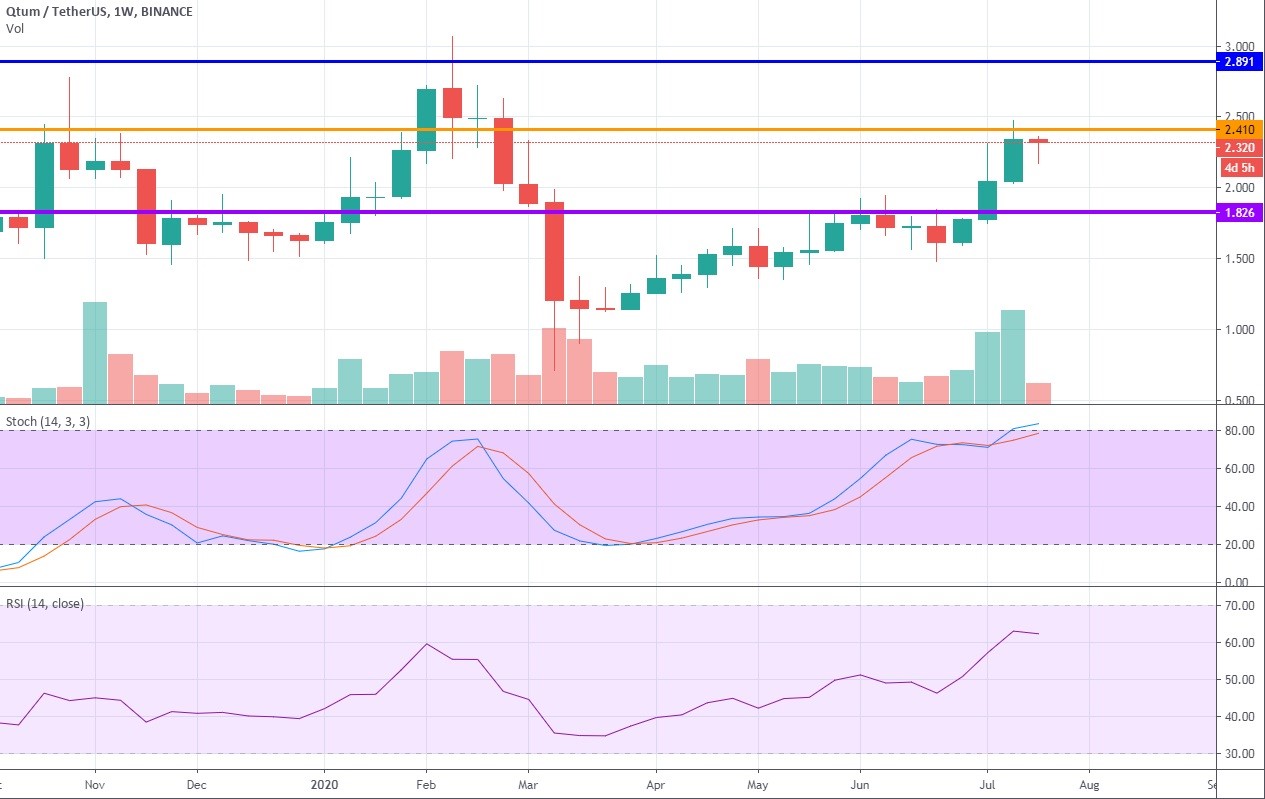 We determined the current spot of price interaction at $2.41, situated near the peak of the previous cycle at $2,67 that also serves as a borderline between the minor and the secondary uptrend. Here the price appears to have got rejected by the bears, although the weekly candle is still in the making. However, judging from the fact that the total market capitalization of altcoins (see the chart below) has been on the rise since the end of June, there is a high probability that QTUM will resume the bullish stride after a short break.

The trading volume has been on the rise for the past three weeks, which has always served as the main indication of an imminent breach of resistance. And even though the developing candle is bearish, the presence of a long lower wick suggests that the bulls are determined to push the price beyond the resistance, thus aiming to establish the first higher high after the lingering downtrend. 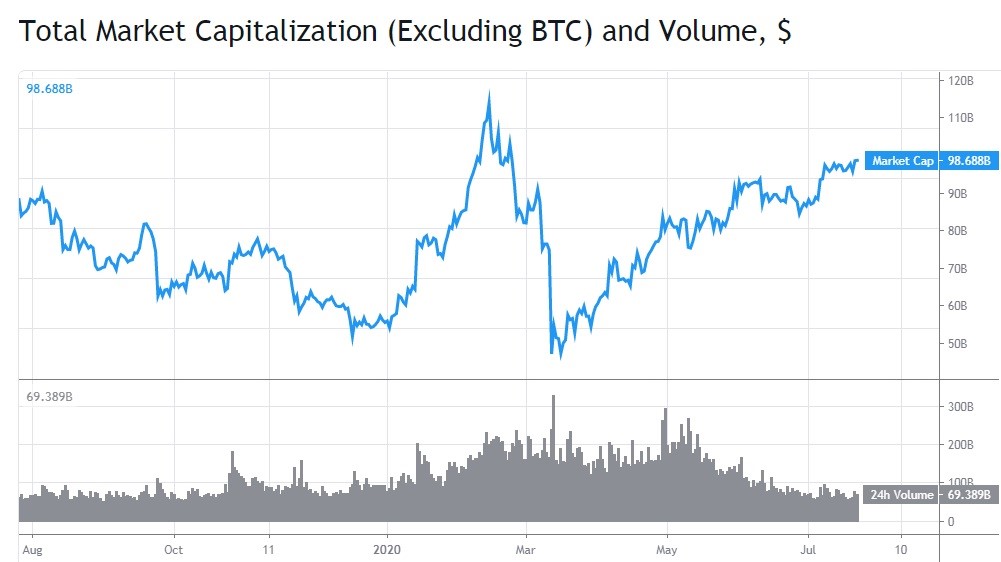 The probability of the continuation of bullishly-colored price action is confirmed by the RSI that remains in the neutral zone despite the sizable rally. Therefore, the entrance in the overbought region is likely to occur only after the price begins to drive to another level of historical resistance at $2.89 that would presumably become the said higher high and the exit point for traders who took, or about to take, a long position in this pair.

But if the bears manage to apply an intolerable pressure, the price would get pulled back to $1.82 and begin consolidating around that level.