Perlin (PERL) describes itself as a cryptocurrency for a decentralized blockchain platform for smart contracts, built on the foundation of a probabilistic consensus mechanism. The project is focused on contributing to the development of the concept of decentralized finance (DeFi), which attracts significant interest this year.

The altcoin didn’t have a particularly bright start to its history on the market since its price had collapsed almost instantly after PERL got listed on the exchanges. In a span of ten months, Perlin went from the all-time high at $0.14 to the historical bottom at $0.01, with a brief episode of bullish action at the beginning of the year. 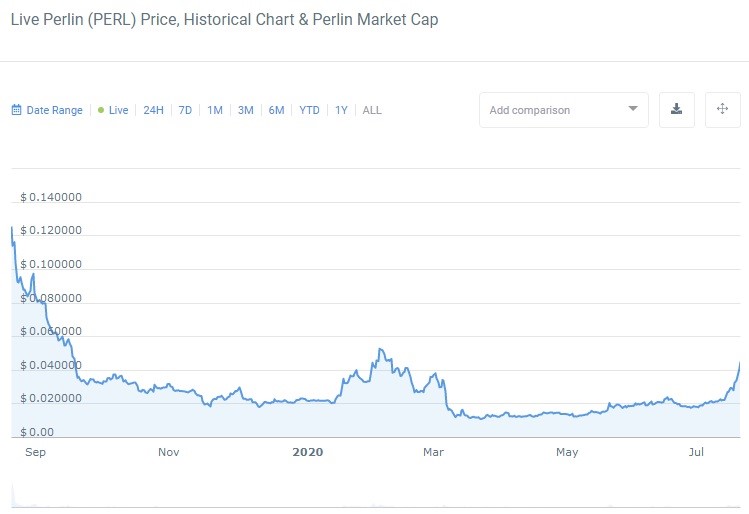 But surprisingly, the market crash that occurred in March served as a starting point for the full-on downtrend reversal that resulted in PERL gaining 550% in a span of 135 days, with 232% being made against USD, and 208% against BTC, in the last 30 days. Such a splendid performance couldn’t avoid traders’ attention who began to flock to this market, pushing the price to new heights.

Sell PERL cautiously, if you must

Presently, the price of Perlin stands at $0.065, with 20.27% appreciation in the last 24 hours. Project’s market capitalization has also skyrocketed from a mere $6 million to $27,4 million, as of the time of writing.

By the way, the publication of the Carbon DAO whitepaper that visualizes the team’s strive towards creating an autonomous organization that deals with carbon credit assets (CCUs) could have been one of the drivers of the recent impressive performance. Given that recently, the market capitalization of the altcoin market, excluding Ethereum, has been rising considerably, we presume that the current bullish rally of PERL, and a number of other coins, reviewed in our other price prediction articles, is far from reaching the climax.

Therefore, traders who have already acquired the position in this market shouldn’t be too eager to offload the coins even though PERL’s price has been exploding to the upside for five days in a row.

The daily time frame reveals two crucial areas of price interaction: $0.053 and $0.082 that currently serve as support and resistance, respectively. It is important to watch the price behavior near $0.053 since it is yet to test that level after breaking it decisively during the last day of price action. 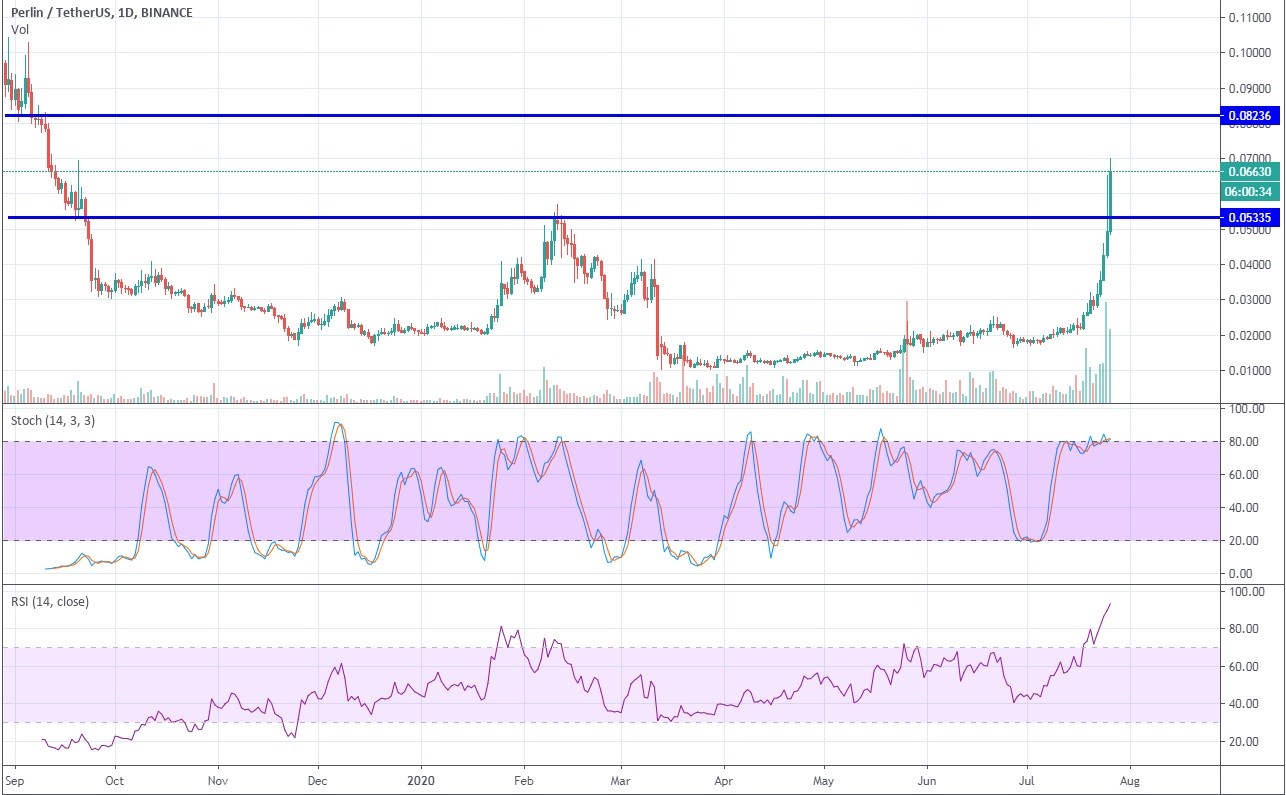 We see that bullish trading volume has been going through the roof, confirming the increased demand for PERL that will transform into a new higher high once the retracement kicks in. For those who prefer not to play the game of catching the top of the upswing, now would be a good time to start an apportioned offloading of the position, with the ultimate price target being set at $0.082 that is likely to be briefly penetrated by the upper wick of the candle.

In order to determine the probable peak of the rally, one must monitor the showings of RSI and Stochastic, more precisely, the moment when RSI starts going downward, as it is already in the overbought area, on the back of the bearish crossing on Stochastic. That would be the sign of the commencing retracement. But as we have already emphasized, try to stay conservative when selling PERL now because this retracement could turn out to be only a brief test of support at $0.053.