OMG Network, formerly known as OmiseGo, has made quite a push to the upside lately, even though the last 30 days have been mostly bearish, while the gains over the course of the year remain on the negative side across the board.

However, the portfolio showings don’t accurately depict the actual situation in this market as OMG has made the first bold bullish statement after the market crash in March. A quick look at the high time frame tells us that OMG Network has been having a blast in the post-crisis period. The price is close to providing a stronger confirmation of the downtrend reversal by adhering to the support level at $1.36. 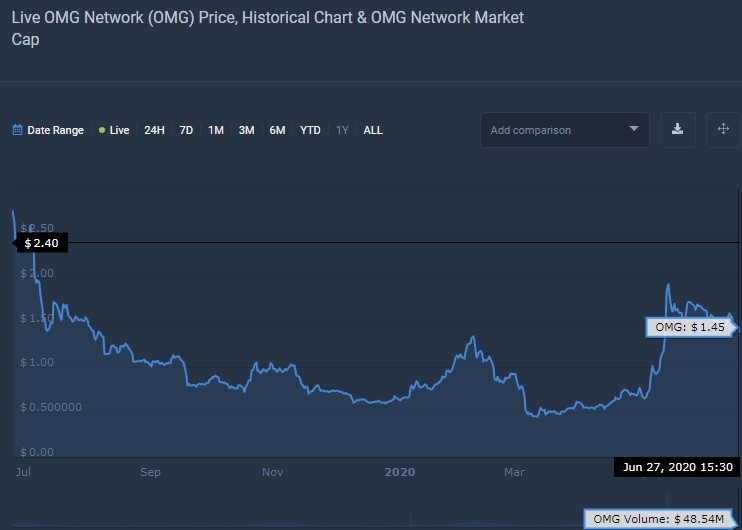 The chart above clearly shows that the said support also acts as an equator between the bearish and the bullish hemispheres, so to speak; therefore, the ability of the price to maintain its movement above the designated line is crucial for determining a further trading strategy. The fact that OMG might face a steep correction after such an explosive move forces traders to refrain from entering the market at that particular moment.

The descending triangle is soon to be resolved

Contrary to the expectation of those who imagined that OMG would keep pushing aggressively to the upside after the first retracement, the price went on chugging to the downside and eventually formed a descending triangle, the confirmed resolution of which will provide a clear hint at the price action in the foreseeable future. 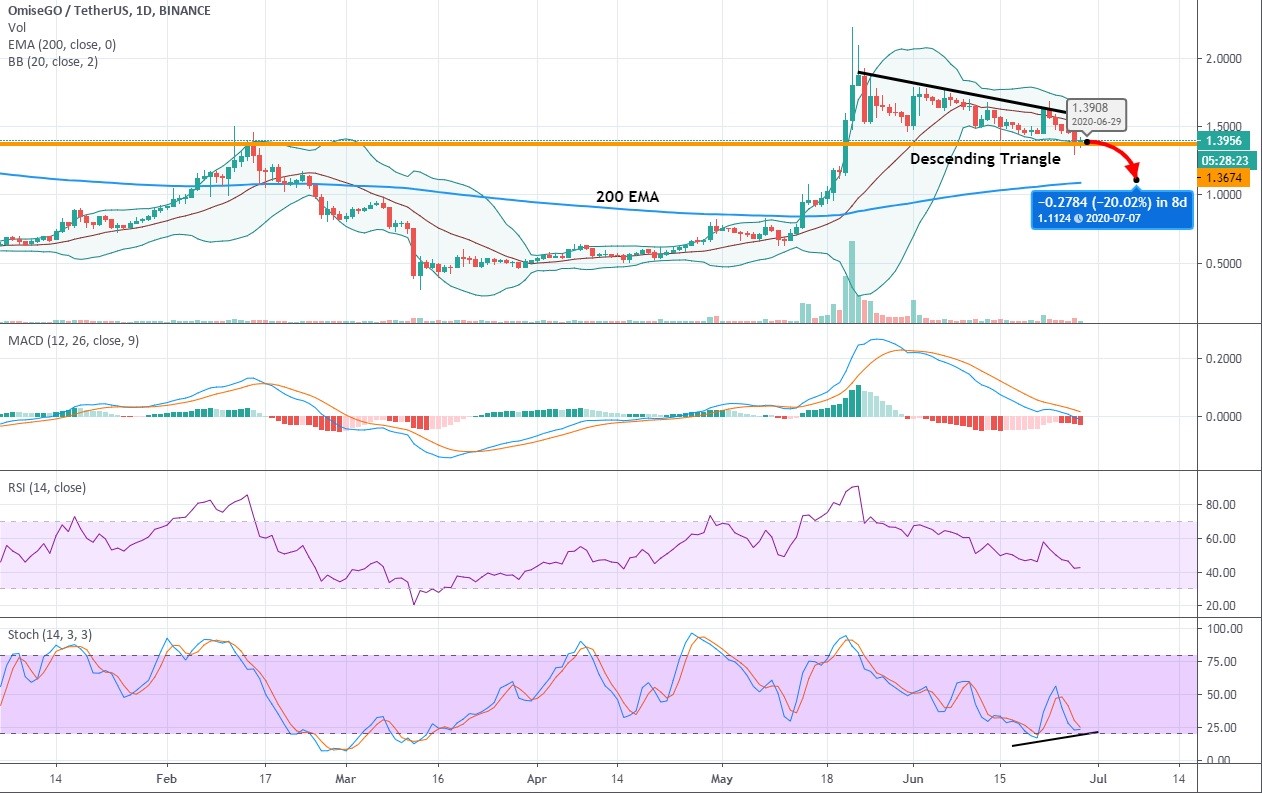 The descending triangle is generally perceived as the continuation pattern, on the condition that it emerges during the downtrend. In our situation, however, the pattern took shape at the initial stage of the potential uptrend, meaning that it could also turn out to be the continuation pattern for a move to the upside, given, of course, that the price would resolve it in the bullish fashion.

However, the chances of that happening are rather minuscule because the bulls seem to be weakening the grip on the price action and letting the bears run the show. You can see on the chart above how each buying impulse is being gradually yet methodically suppressed by the sellers. OMG probably has the last chance to cling onto the support and reverse the price flow in bulls’ favor, but most indicators tell us that it is perhaps not meant to be.

All in all, we predict OMG Network to resolve the triangle to the downside that would lead to another 20% price drop and a pullback to the 200 EMA, where the price would find temporary support.