OMG Network, the rebranded version of OmiseGo, is another example of a cryptocurrency that got positively affected by the so-called DeFi craze, led by Ethereum, although from the fundamental standpoint, OMG is only indirectly related to the space of decentralized finance. In any case, fundamentally, the progress of OMG Network as the blockchain ecosystem, hence the development of its price, will depend on that of the second cryptocurrency and the expected launch of Ethereum 2.0, as OMG utilizes it as the final arbitration layer.

However, as you can see on the comparison chart below, there have been some discrepancies lately between the price action of OMG and ETH that seem to have been closely correlated prior to the March market crash. Despite that, both cryptocurrencies agree upon the general direction of price development, so if Ethereum is to keep its bullish attitude, OMG Network is likely to follow its suit, perhaps with some lags. 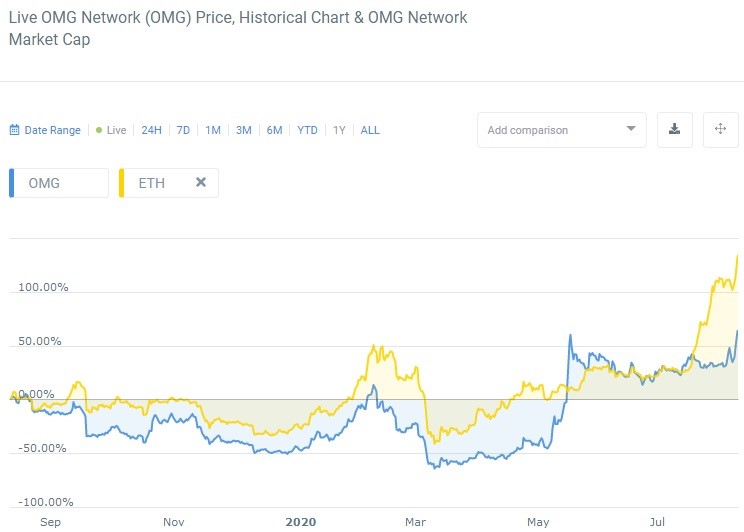 Regardless of its relations with Ethereum, over the past year, OMG Network had proven itself as a respectable gainer that had made a strong recovery after the coronavirus flash crash in March and gladdened the holders with 116% price appreciation in a year, and a superb performance over the past week when the value of OMG got inflated by 55.7%, which translated to a massive green candle you can witness on the weekly chart below. 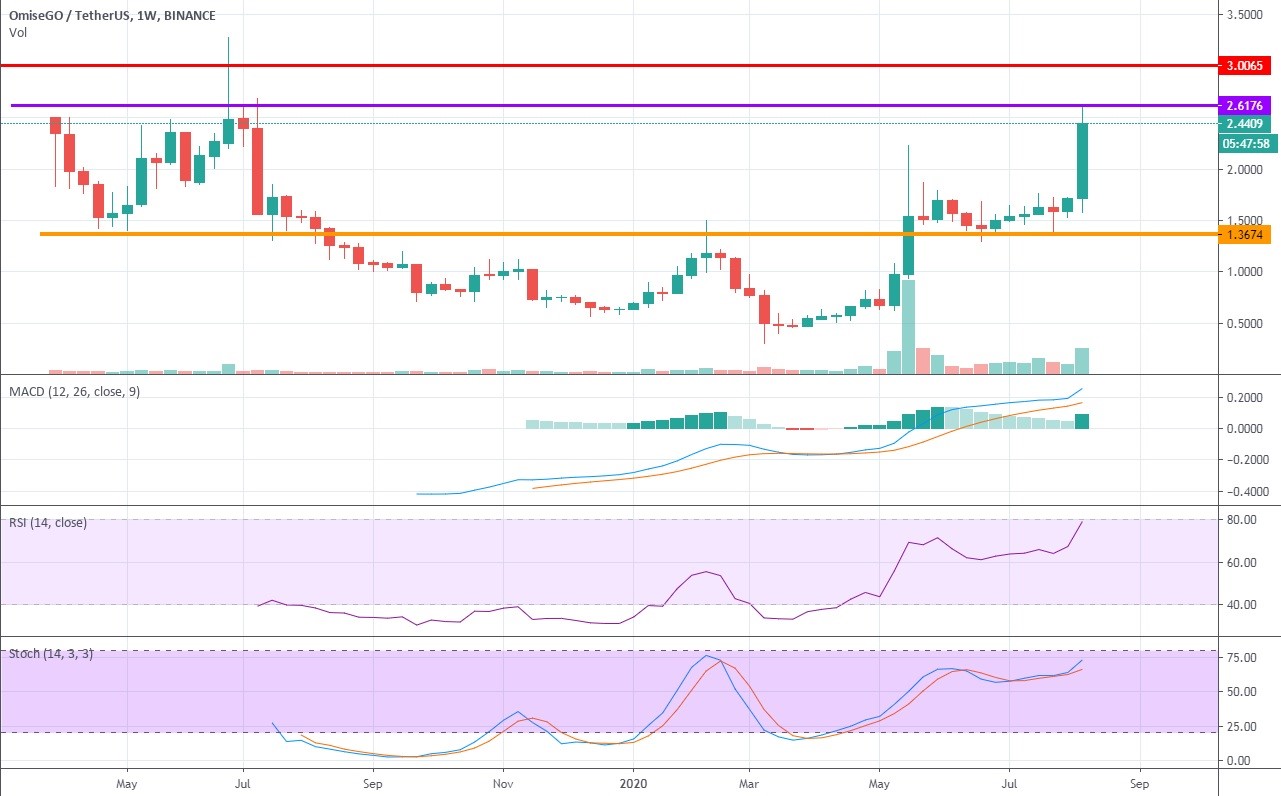 Here you can see that the price had predictably bounced off the support at $1.36 and headed upward, where it appears to be rejected at $2.6, the peak of the previous big bull rally that was reached last July. On the macro scale, though, the first serious resistance level stands at $3, the area of consolidation in the second part of 2018, before the price had sunk to the bottom completely.

Breaking that level to the upside would confirm OMG’s ambition concerning the secondary uptrend, which is a must, given the present market sentiment, if the altcoin wants to stay relevant. To achieve that, OMG has to make a final push through $2.6, which the price is likely to make next week, according to the showings of critical indicators.

Finally, let’s take a look at the 4-hour time frame to get the idea of how the price might behave in the next few days. 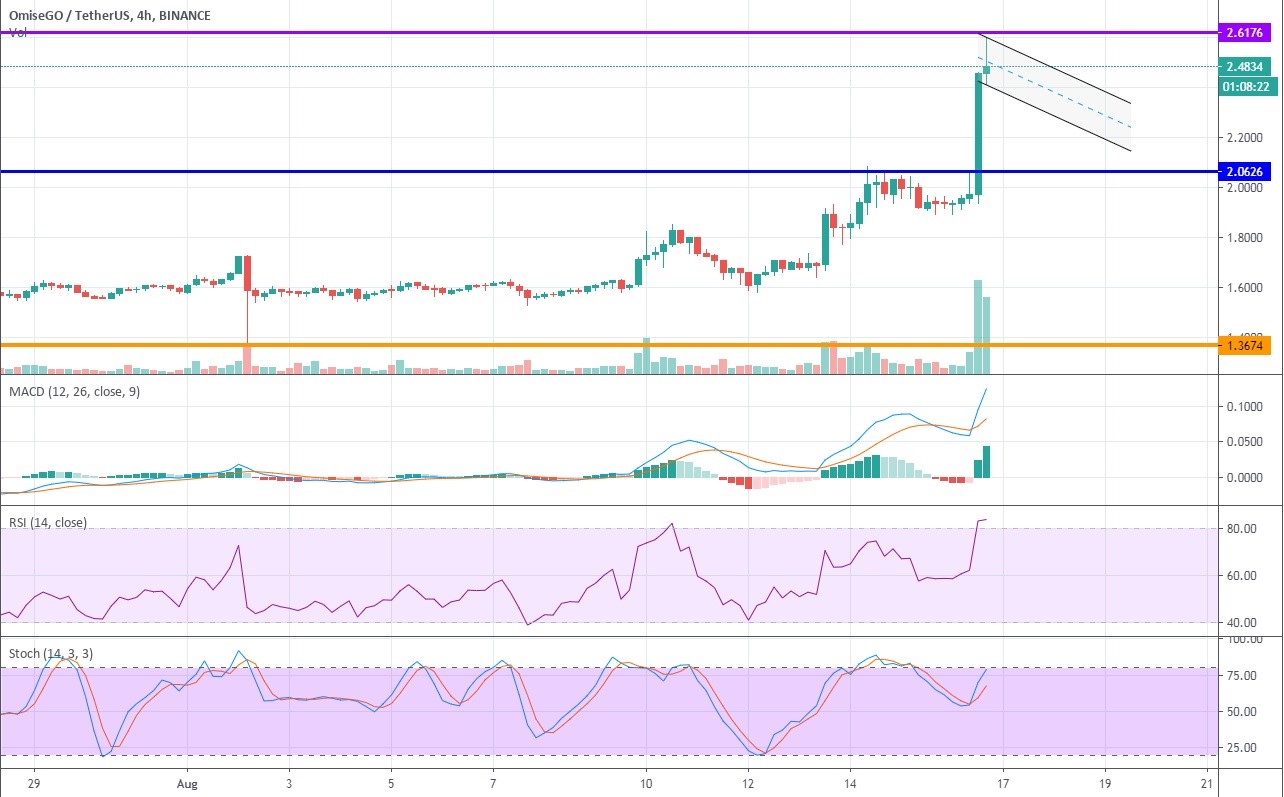 Here we see that the bears are about to start pressuring the price to the downside, while MACD and Stoch still remain bullish. The presence of a large buying volume, together with the shooting star candlestick suggests that the price will go into retracement within the designated channel as a part of the bullish flag pattern that is likely to resolve to the upside.