Ocean Protocol (OCEAN): The Second Phase of Uptrend Is Near?

Ocean Protocol (OCEAN) can be dubbed a wonder token of this summer since it has had an astonishing burst to the upside that took the price from $0.18, seen amid the flash crash in March, to the all-time high at $0.74 in little over 160 days over the course of an almost uninterrupted bull rally.

What's also interesting about OCEAN is that the rally wasn't caused by its relation to the DeFi sector that has been booming simultaneously with the altcoin under review.

The team behind Ocean Protocol is preoccupied with creating the so-called New Data Economy where all user data is stored, shared, or sold in a secured environment, ensured by blockchain. Developers can use this platform to build marketplaces for data, along with decentralized applications.

As of writing, OCEAN is priced at $0.37, following the 7% price reduction in the last 24 hours. Its market capitalization now stands at $131 million, down from $235 million at the top of the rally, which places the token in 79th place in global cryptocurrency rankings, a good achievement for the previously unremarkable altcoin. 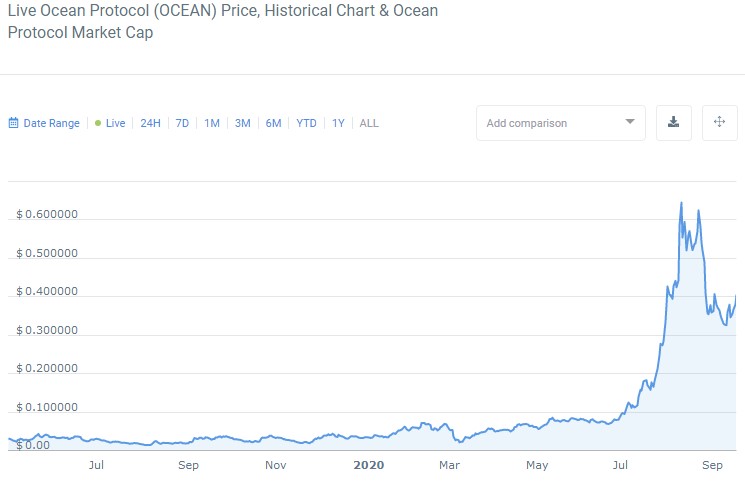 Those foresighted enough to buy OCEAN in March, or even much earlier, were jubilant to see the altcoin making gains of 1,073% against USD in the past twelve months, outperforming Bitcoin by 792% and Ethereum by 461% along the way. Obviously, such an aggressive rally couldn't have lasted forever as it snapped at the all-time high and let the correction set in. The correction has eaten away 50% of OCEAN's peak value, and it remains to be determined where its bottom could lie.

Right now, the critical price level lies at $0.3, which is a support level that was distinguished on the weekly time frame. 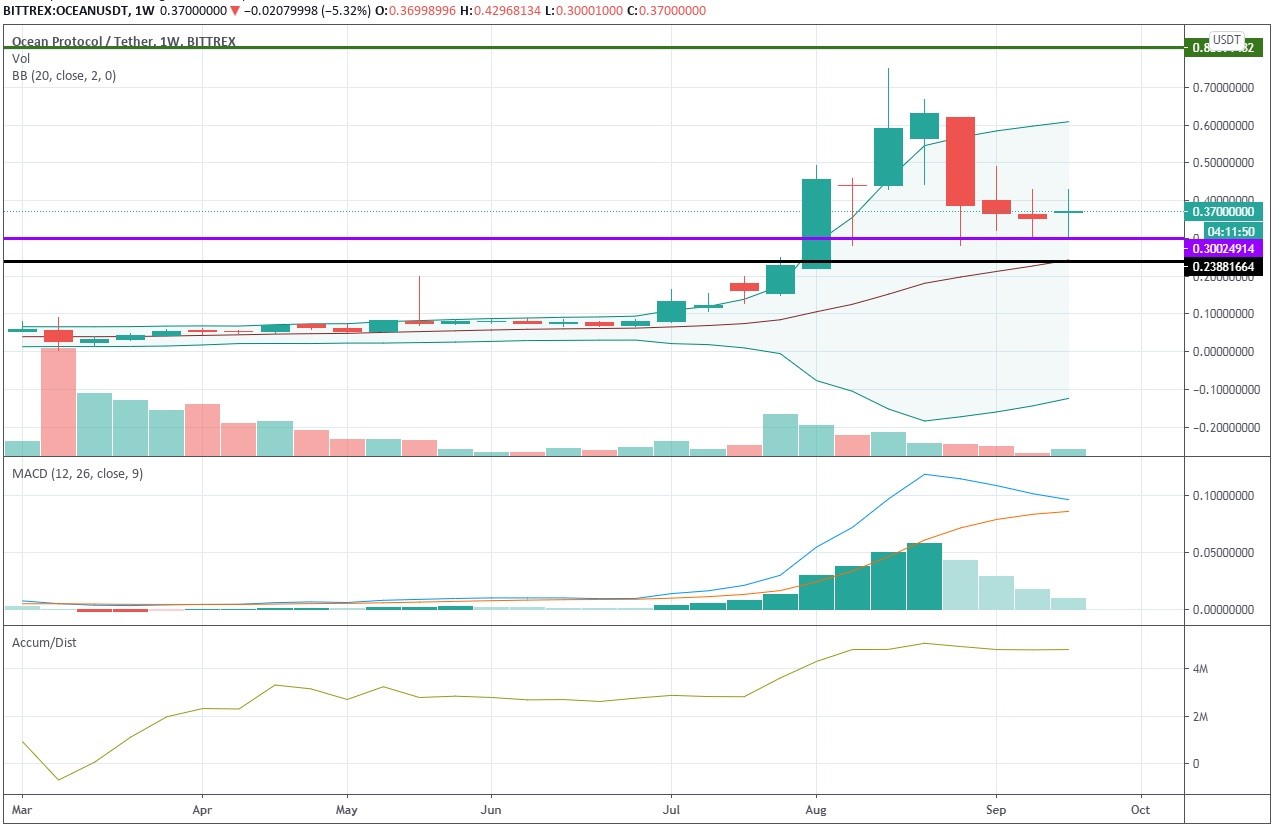 Obviously, the buyers are breaking their necks trying to hold the sellers from pushing the price underneath that support, which could result in a complete U-turn and evaporation of all those remarkable gains made in the last couple of months.

However, should OCEAN successfully withstands the selling pressure and bounce to the upside, we expect it to travel above $0.8 in search of a new ATH.