Cryptocurrency loans have been getting a lot of traction lately, mainly because they offer a more lucrative passive income, compared to the traditional bank loans, plus the borrower doesn’t have to jump through numerous bureaucratic hoops in order to get the loan. There isn’t a shortage of companies that provide crypto lending services. Still, the majority lacks either a sustainable business model or a custodian; some of them don’t even bother about compliance with the KYC/AML standards.

That is certainly not the case when it comes to Nexo, the blockchain project that stems from the lending firm called Credissimo, founded in 2007 and rated among the top 10 alternative European fintech business entities in 2017. The project currently boasts more than half a million active subscribers, the full KYC/AML compliance thanks to the use of Onfido, the partnership with BitGo for custody purposes, and complete transparency thanks to regular audits by Deloitte.

Therefore, NEXO is very solid fundamentally, which is probably one of the reasons why the currency has been doing so well lately.

In 2018, Nexo carried out a successful ICO of its proprietary token NEXO, although its price had crashed almost instantly after the listing on trading platforms, having gone from the historical peak at $0.38 all the way to the very bottom at $0.043. Nevertheless, the altcoin didn’t stay at that low point for long since it reversed the downtrend almost immediately, as it went on the first of its two significant bull rallies that occurred within a span of sixteen months. 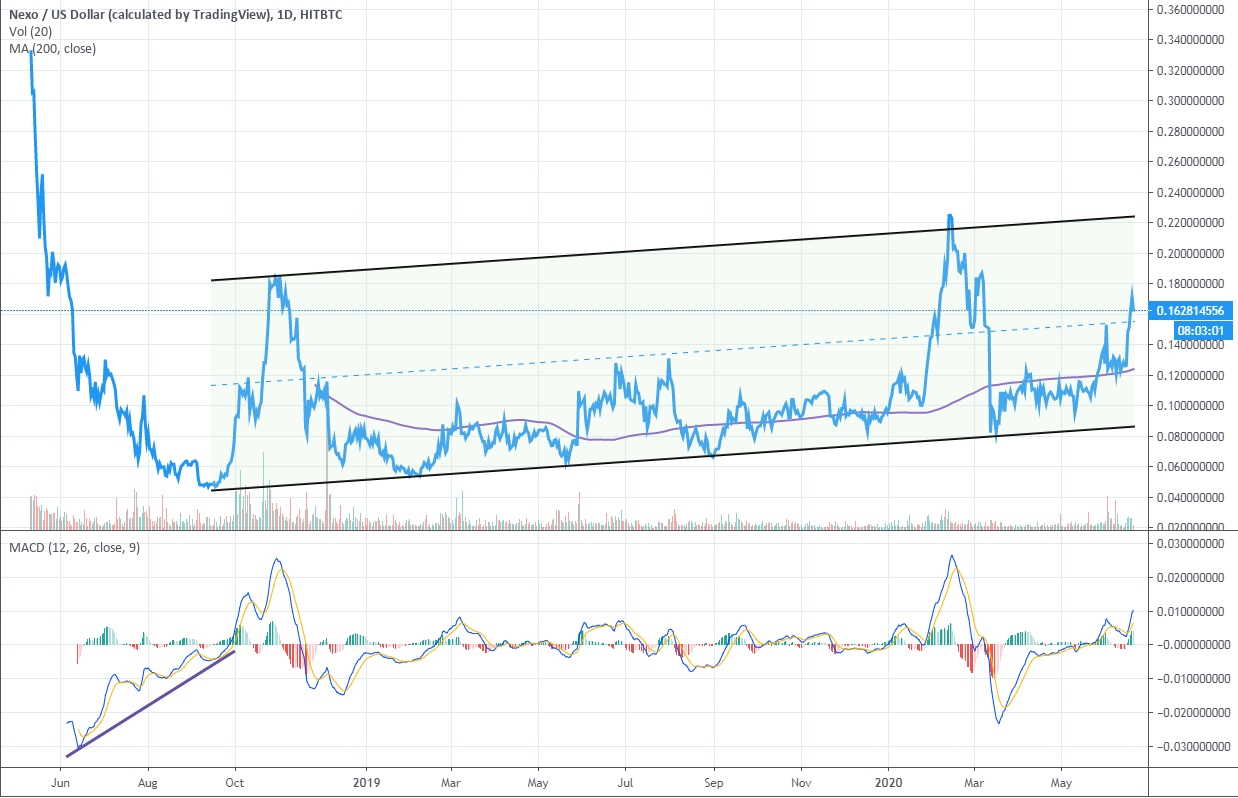 That reversal was easy to detect since there has been a clear-cut bullish divergence on MACD, which has given way to the present bullish cycle. During the past two years, NEXO has been flowing in a distinctive rising channel with the strong support that didn’t crack up even during the coronavirus crisis.

The analysis of price action on the macro level shows that Nexo is arguably the most bullishly inclined altcoin out there. Given its good fundamentals, we claim that it has the potential for renewing the all-time high this year, either by continuing the steady rise within the confines of the designated channel or by performing a powerful breakout. However, given the current stagnation in the market in general, the breakout is unlikely to happen during this cycle. Judging from the fact that the price has already conquered the interim resistance at $0.15, we have established the next price target at $0.22, which NEXO will hit over the course of the next 30 to 60 days. 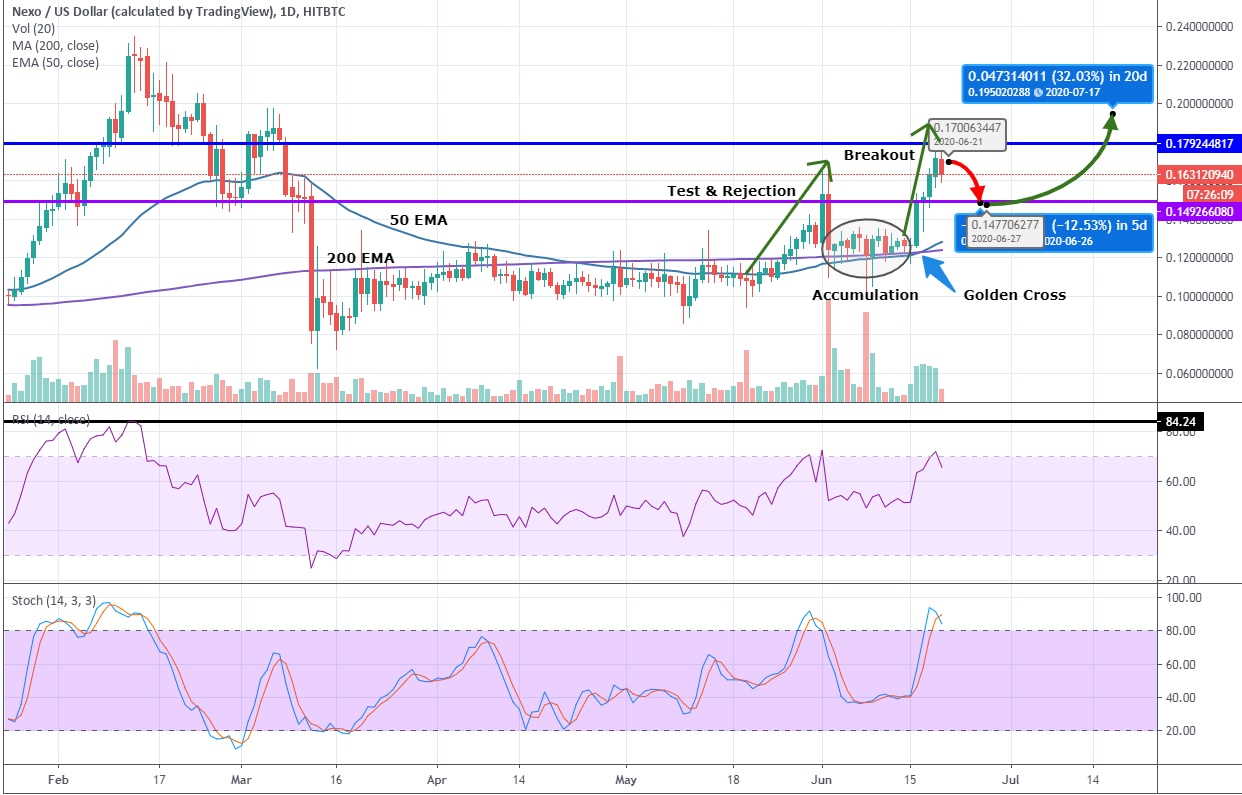 The situation on the daily time frame looks equally bullish for NEXO, especially since the emergence of the golden cross right at the inception of the current bull run. We believe that NEXO is going to repeat the scenario of the previous move when the price tested the resistance at $0.15, got rejected, spent some time accumulating, and then breached the resistance level. At this juncture, we expect a 12% retracement to the support at $0.15, followed by a week-long accumulation that is going to result in a 30% upswing and entrenchment above $0.15.