Although NEM (XEM) looks absolutely pitiful on the historical chart as the all-time high remains 94% away from the current zone of price action, located around $0.12, the year 2020 has so far proven to be quite fruitful for the 21st cryptocurrency. 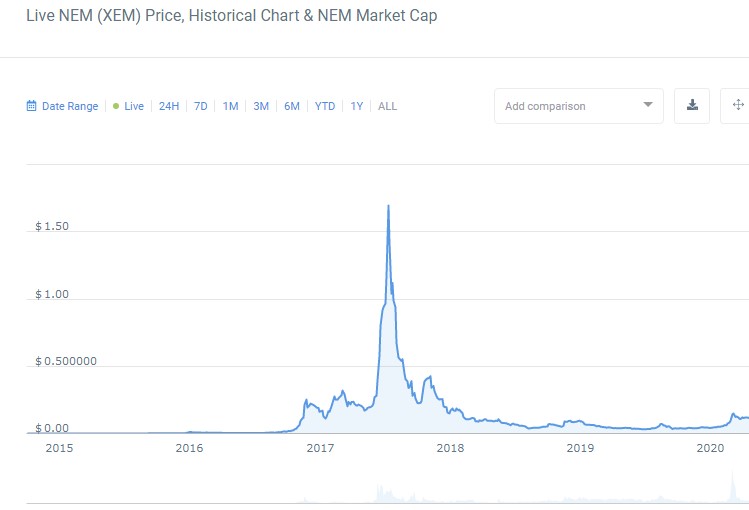 The minor uptrend in the making

As usual, the XEM price analysis starts with the macro (monthly) time frame, where the altcoin has actually been making significant strides over the course of the past few months, namely an enormous 213% explosive move to the upside that occurred in August. 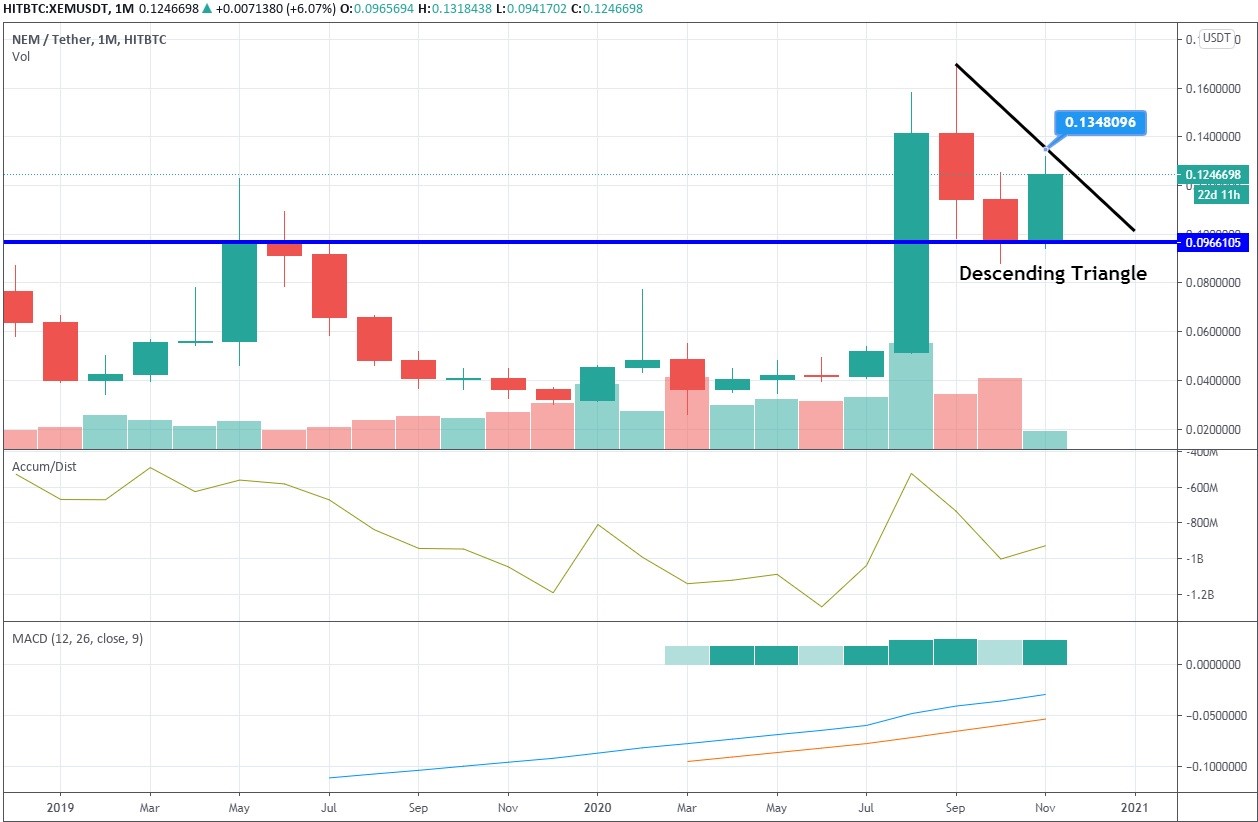 That particular move had helped XEM to break out of $0.96, the area of resistance, as well as immense psychological importance. Once the level was broken, NEM rallied to $0.17, consequently establishing the two-year high and encountering strong resistance at the level that stems from the 2017/2018 price action.

After being hit with the correction, XEM had rolled back to the former resistance - now support - at $0.96 and began forming what appears to be the descending triangle. Even though this particular triangle is commonly perceived as bearish, the bullish price action during the current month suggests that it’s highly likely to be broken to the upside soon.

The weekly chart provides us with an even clearer picture of how aggressive the buyers have been this month. 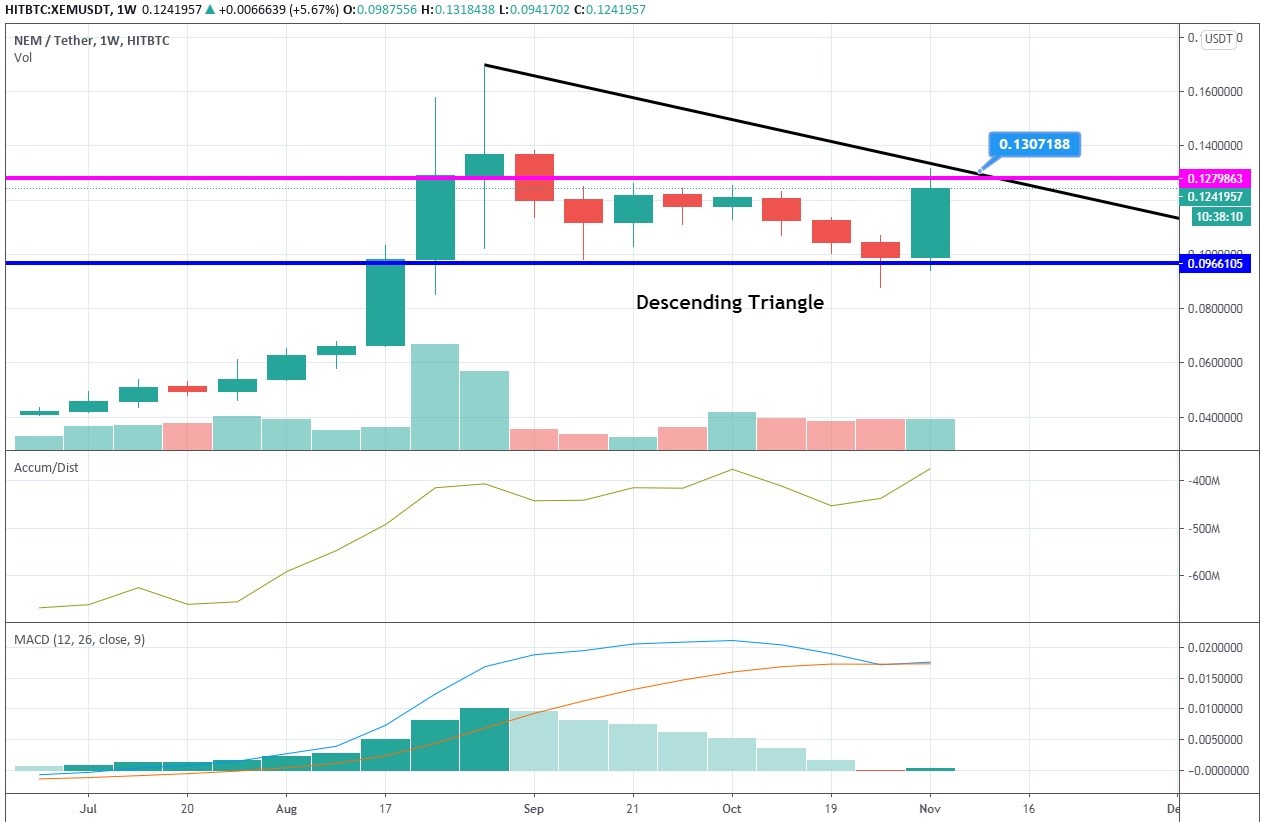 If the current bullish candle closes above $0.126, it would engulf the seven weeks’ worth of price action and offer a strong XEM buy signal that is likely to be supported by MACD, which still hasn’t crossed the signal line to the downside and flashes a green histogram. The Accumulation/Distribution indicator has got back to the highest extremities, thus supporting the notion of the persisting uptrend.

The daily time frame reveals that NEM has already tested the resistance of the descending triangle but to no avail. Afterward, it was rejected back to the current support at $0.117. 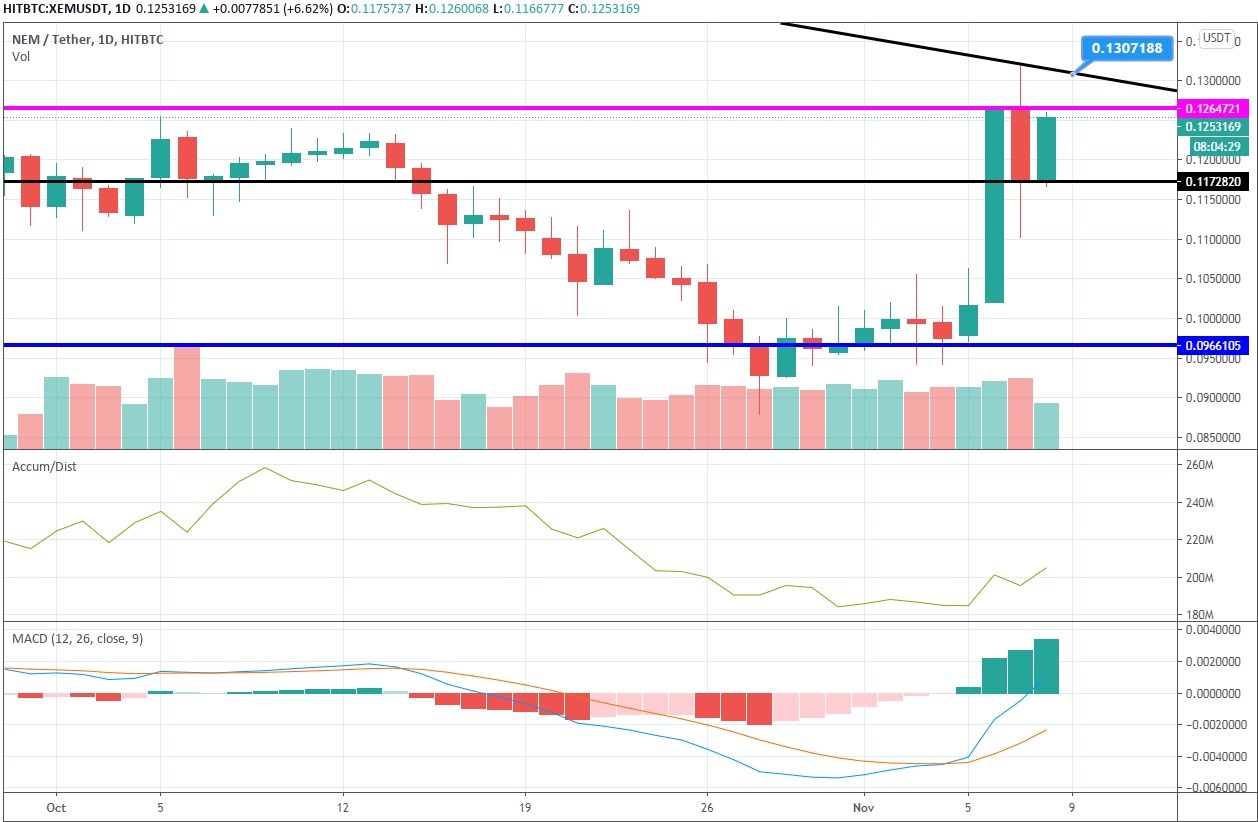 A successful defense of that support level increases the possibility of shallow retracement that might ultimately lead to the uptrend continuation. But should buyers prove incapable of setting a foothold above $0.126, a narrower consolidation will follow.