There are cryptocurrencies, trading which is a truly exciting - although oftentimes highly risky - endeavor thanks to their volatility, unpredicted tricks of price action, and an underlying potential for massive gains. That is certainly not the case when it comes to trading NEM (XEM). Once immensely promising cryptocurrency has been nothing but a disappointment to all those who hold it in trading or investment portfolios since over the past two years, it has been showcasing nothing but price depreciation with short glimpses of bullish action that got suppressed at the first signs of instability in the market.

Nevertheless, XEM still maintains the 27th position in the global rankings, along with the market capitalization of $354 million, which means that the team is still trying to work things out. There were multiple announcements during 2019 that the project is undergoing a thorough restructuration, which is probably the reason why there have been significant drawbacks in the roadmap realization and the overall degradation of XEM’s performance both in terms of adoption and price action.

Bearish all the way

For the past two years, NEM has been nothing but bearish on the macro level, going from one lower high to another. Certainly, there were multiple bullish rallies that took the price of XEM up by more than 130%, but the overall price action has never left the framework of the downward trend, as it is shown clearly on the weekly time frame.  For the time being, NEM is likely to continue bouncing off the middle line of Bollinger Bands and even descend to the lower one that flows just above $0.2 to confirm the overall bearish trend. 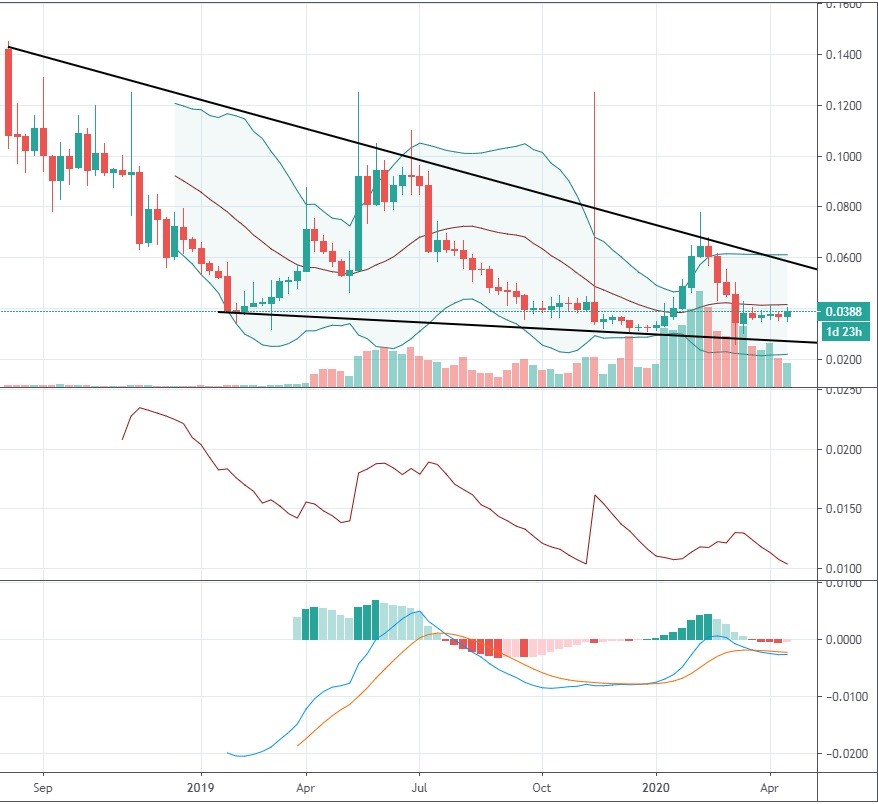 Whereas before 2019, NEM’s price action had been more volatile and prone to substantial swings, the one that occurred during the past sixteen months can be characterized by overly extended and dull periods of consolidation that preceded a relatively significant upward rally.

Right now, while being priced at $0.039, XEM is at the beginning of that very same consolidation that is likely to linger for weeks. This tendency becomes especially clear on the daily chart, where XEM became gridlocked between $0.034 and $0.04 since it had made an initial leap after the March crash. 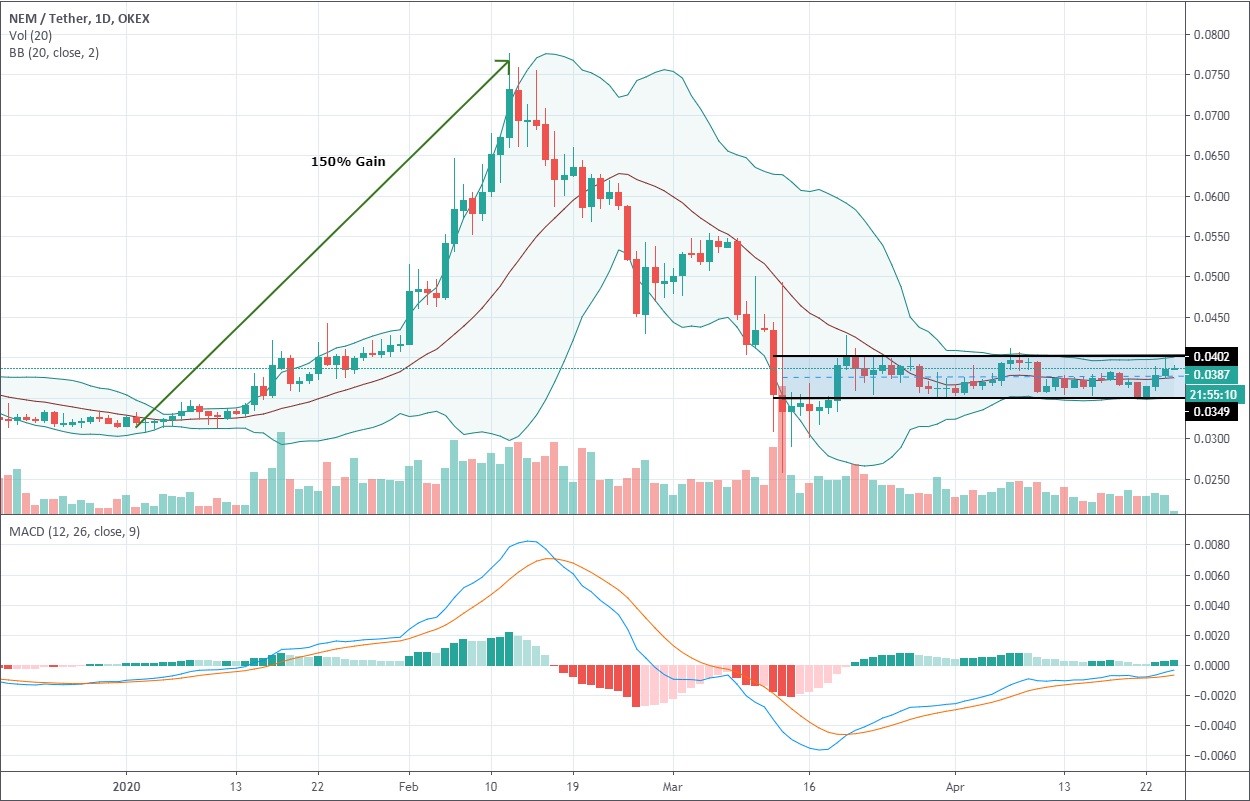 This leaves NEM in the territory that is fully controlled by the bears, who are unlikely to let the price rise above the established resistance. It appears that they are replaying the scenario of 2019, when the price had been monotonously pushed down, tightening up the spring only to release it at the inception of 2020, resulting in the 150% bull run.

The situation on MACD virtually mimics that from the past year, as the MA lines start gliding just below zero without crossing under, a behavior that protracts consolidation and allows the whales to acquire a larger position. The price, however, is getting squeezed between Bollinger Bands, but traders shouldn’t count on any large-scale moves because ATR has already degraded to 20, and there is no buying volume to support the upside move.

Therefore, traders who are still interested in that particular market can place the orders within the designated channel with a relative degree of safety, thus engaging in range trading.