In 2018, many expected that NEM (XEM) would become the next superstar altcoin, mainly because it had promising core fundamentals, which came in the form of the multi-ledger system, and a competent team that carried out appealing business and marketing campaigns. But it was not meant to be as the organization has had financial scrutiny that forced a large layoff and severely undermined the token economics.

XEM has its eyes on higher prizes

Despite the fact that NEM has failed the initial expectations, there is still a glimmer of hope for those who want to see that altcoin take a long trip to the upside. The thing is that NEM Foundation has had plans to launch a mainnet on the basis of a new SYMBOL blockchain, and introduce the token of the same name to the ecosystem, sometime this year. The initial announcement said that the launch would take place in H1 of 2020, but, apparently, the coronavirus pandemic had upset that applecart.

But now, seeing how the cryptocurrency market in general, and its main driver, Bitcoin, in particular, are heading head-first into the bullish rally, the probability of XEM following its suit is becoming far greater. If the team confirms that the mainnet launch won’t be postponed to 2021, there is a good chance that traders will see XEM riding the bullish impulse, first to $0,08 and then to $0.15, which could be the highest price target for this year. 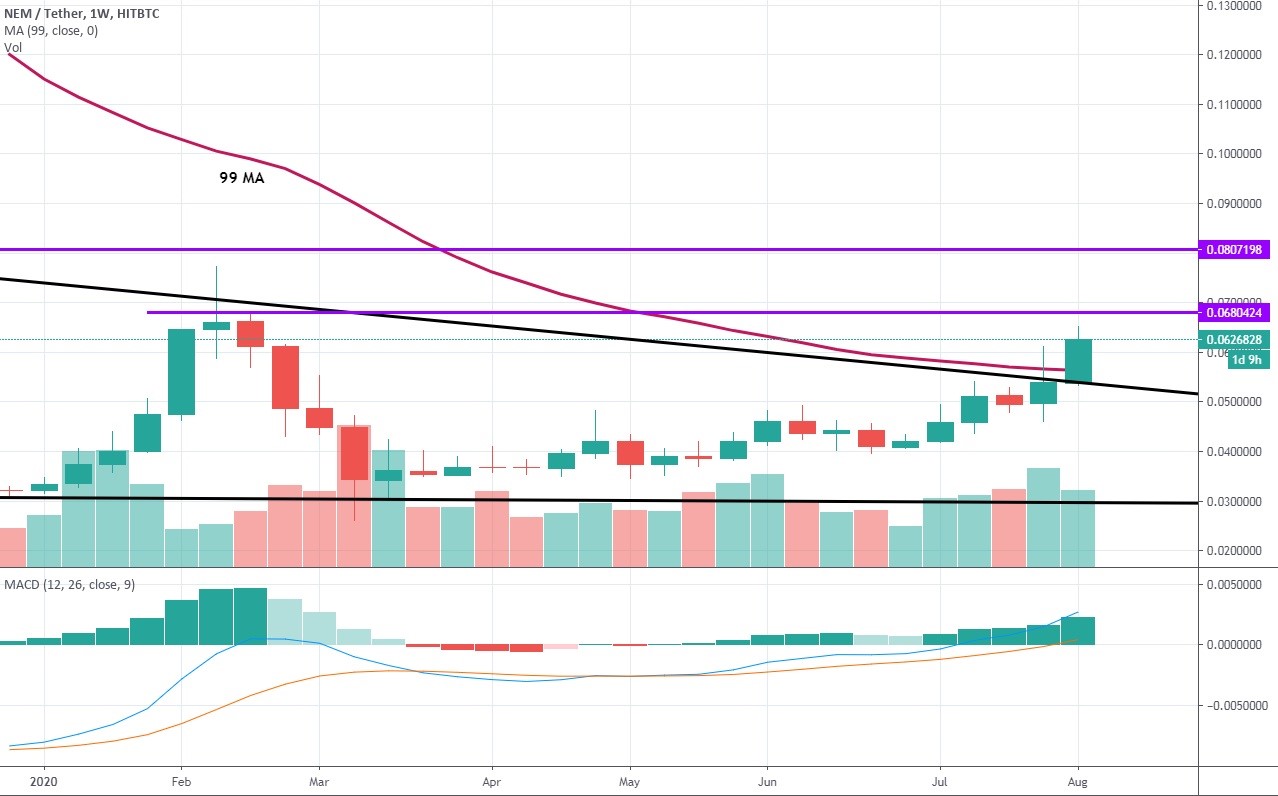 The first good sign for the bullishly-oriented XEM traders is that the price has performed a decisive breakout to the upside from the confines of the descending triangle formation that is considered a strong bearish pattern. In doing so, NEX has also risen above the 99-period moving average for the first time in almost two years. It is crucial for the price to stay above that MA for the bullish rally to occur.

However, traders shouldn’t forget that NEM still has a lot of room for further price descent since the all-time low, which many altcoins reached during the Black Thursday, is still far away at $0.000079. Even though XEM has finally shown some signs of life, the possibility of this bullish move ending up being a “fakeout” remains high.

But, as you can see, the breakout is still young as it yet to go through the phase of traders’ remorse, or a support retest. Therefore, the next two to four weeks will be crucial for determining the underlying intention of market participants.

Let’s switch to the daily time frame to get a better understanding of how the breakout is unfolding. After going past the upper line of the triangle, XEM established a foothold at $0.054 by testing this level several times and then got a 17% bullish charge that took the price to its current level at $0.06. 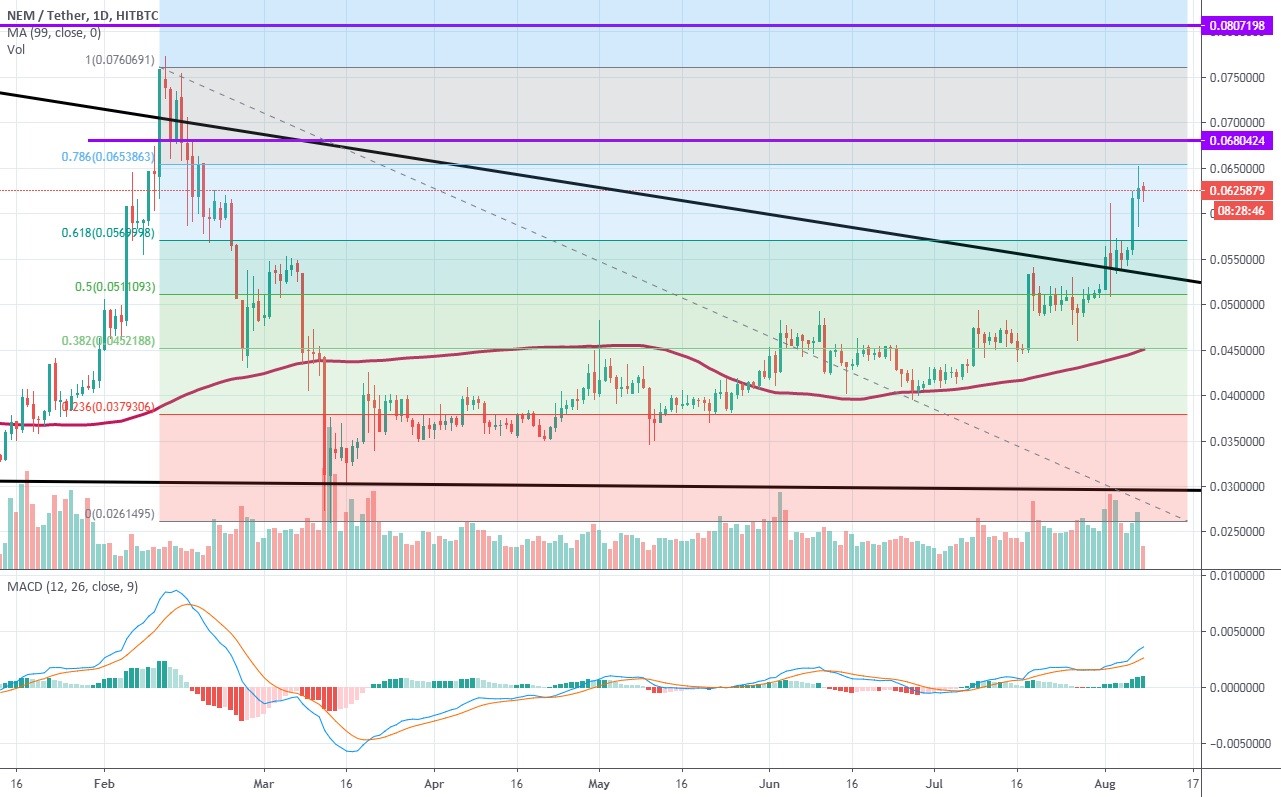 While heading to strong horizontal resistance at $0.068, NEM encountered an obstacle at 0.786 Fibonacci retracement level, the structure which the price has been respecting since the start of the rally.

On this time frame, we predict a common retracement to $0.06, followed by another dash to the upside - a chance for 8% profit - at which point XEM could grab hold of the support at $0.07.