NEM Foundation is a shining example of an organization that had come up with a great idea, but then almost drove the company into going bankrupt. This happened due to the implementation of poor management strategies and the infamous Coincheck hack, which saw perpetrators steal around $500 million in XEM. Although the 2018 cryptocurrency market meltdown had also played a significant role in the project’s inability to rise to its full potential. But we will not delve into details because, despite experiencing such a big bump on the road, NEX Foundation found the reserves to avoid bankruptcy and continue the development of a peer-to-peer cryptocurrency platform.

NEM’s cryptocurrency is among the underperforming altcoins from CoinMarketCap’s Top 30, still clinging onto the 26th position. According to the statistical data, XEM lost -38.99% of its value since the start of the year to date. Over the past 30 days, the coin has been down -15.11%, having been in a clear downtrend after the yearly high of $0.1, registered on May 16. 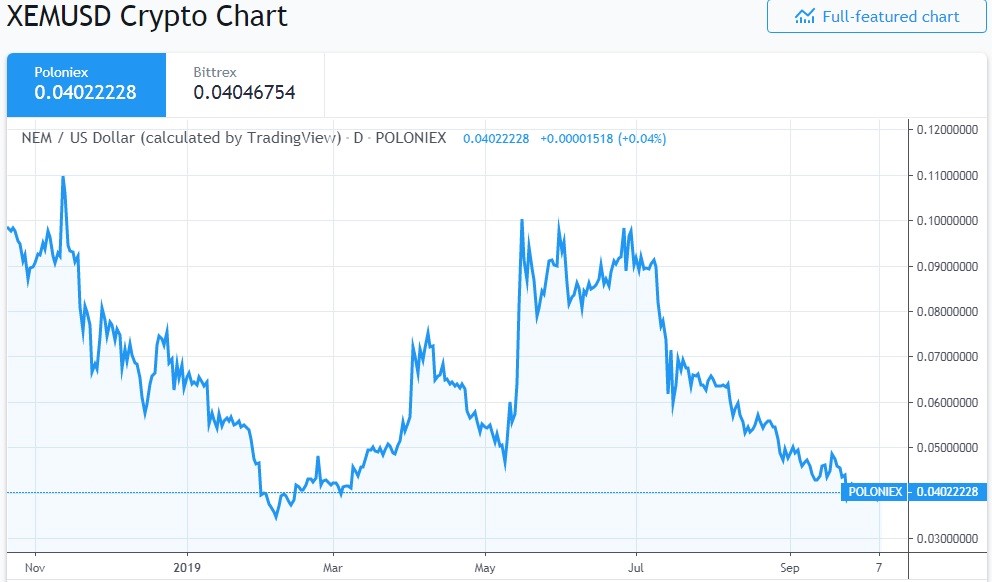 Since that time, the entire cryptocurrency market has been gradually spiraling downward, but unlike other altcoins, such as Basic Attention Token and ATOM, which had bottomed out and have been putting up double-digit gains during the months, XEM is clearly still seeking the support line.

As of now, it appears that the support has been established at $0.0384, but there are not signs of trend reversal from XEM as of yet. Therefore, there is a high probability that the price of one of Japan’s favorite cryptocurrencies will continue to show little signs of strength during the next few weeks, perhaps even entering the $0.0336 - $0.0360 zone by the end of October.

Until that date, everything will hang in the balance for XEM and the cryptocurrency market in general, as the first two months of the fall had historically been the worst for most coins in terms of price gains. A lot will depend on whether or not Bitcoin would recover from the recent retraction with enough strength to continue the bull run that had been put to a stop in August. Should BTC get into the green again, the price of XEM, and a plethora of other altcoins, will follow its suit. Otherwise, NEM has little to no chances of growing on its own accord. 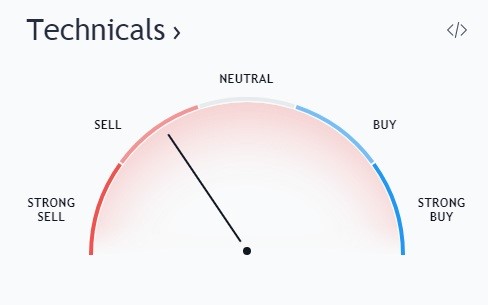 This is the time for XEM holders to arrive at the decision of whether they would hold this coin, agreeing to put their profit expectations on a backburner, or sell a significant part of them in order to buy back at a lower price. As things stand, it appears that the latter scenario would be more likely.

The following year might open some prospects for XEM, especially in the face of the approaching Bitcoin halving that will undoubtedly exert a positive influence on the price of the majority of altcoins. The NEM team is still working on ways to make the migration the Catapult blockchain engine to other networks/chains. Any progress in that matter would drive the price of XEM up, even beyond the 2019 resistance level of $0.1.