Our previous Nano (NANO) price prediction worked like a charm, except that the price has reached the foretold resistance level at $1.4 a few days earlier than presumed. 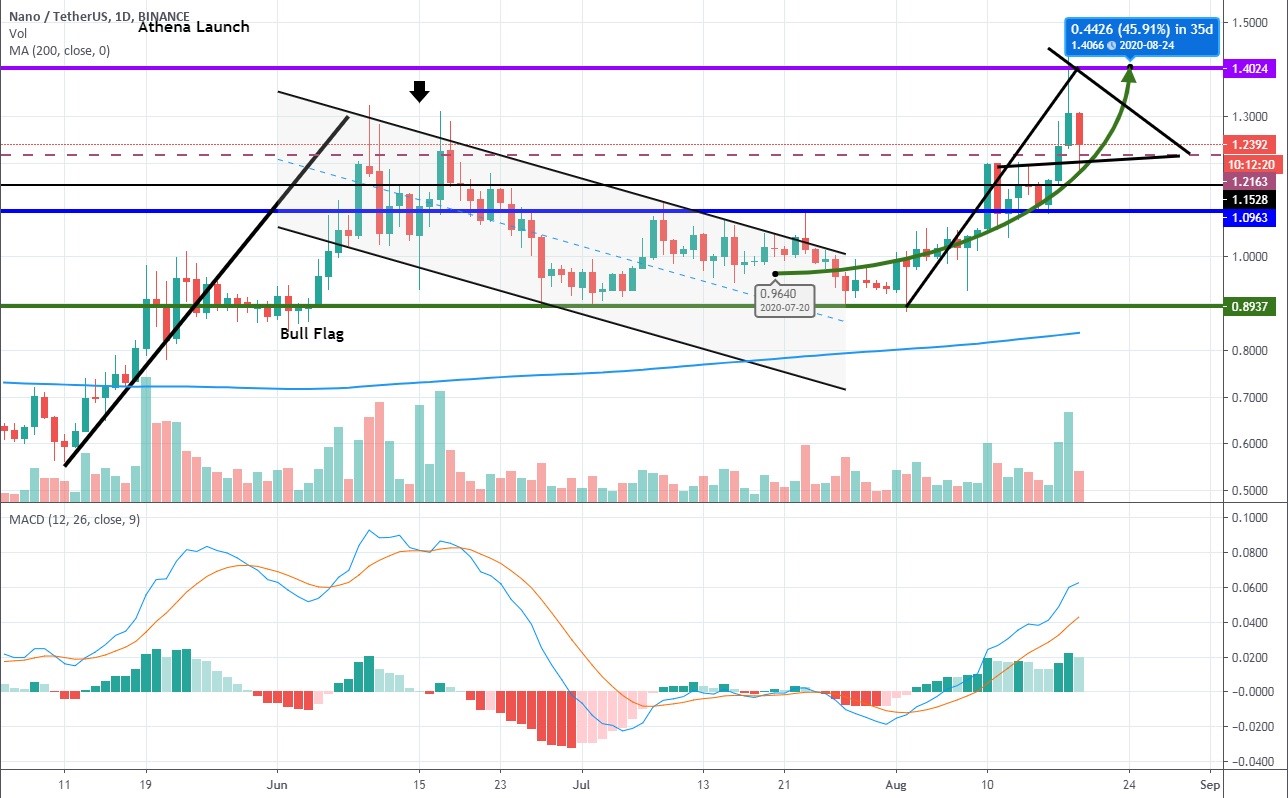 NANO came across some very strong opposition from the bears at $1.4, who managed to extinguish the bullish drive quite effectively by pushing the price from $1.44 to $1.3. After stopping the buyers in their tracks, the sellers went on to drive the price below the interim resistance at $1.21, thus showing that they won’t tolerate the price above $1.4 at this junction.

The daily chart also reveals a sharp drop of trading volume on the back of price depreciation, which is one of the main prerequisites for a retracement, the depth of which will depend on how NANO behaves near the mentioned interim resistance. If the current daily candle closes below the previous one - at least near $1.226 - the price could drop as low as $1.152, which would still constitute a healthy retracement. At this point, traders must begin looking for reversal signals while having the stop-loss placed either in the area between $1.09 and $1.152 or below $1.09, depending on the time when one has entered the trade and the level of risk tolerance.

NANO remains high above the 200-period moving average, which reversed when the price had broken the resistance at $0.89 and began heading upward, thus confirming that the altcoin is now in the state of the uptrend. Therefore, traders must be focused more on finding a good entry point when the retracement runs its course while maintaining proper risk management. Given that the bullish sentiment is currently dominating the cryptocurrency market, the probability of resistance breakout is reasonably high, so shorting NANO in the medium term would be a very risking endeavor, although traders could make some profit on the expected pullback.

The MACD indicator also remains significantly bullish, as it presently stays right in the middle of the neutral zone, hence signaling that Nano retains plenty of upside potential that will most likely result in another strong bullish impulse.

To summarize, we reckon that over the next five to seven days, the price action will take place within the confines of the bullish pennant pattern that shows a high probability of breaking the resistance at $1.4 to the upside.

Battling the strong resistance against Bitcoin

Things also appear rather bullish on the daily time frame of the NANO/BTC market as the price made a powerful push from the 200 MA that coincides with the price level at 9000 satoshis. 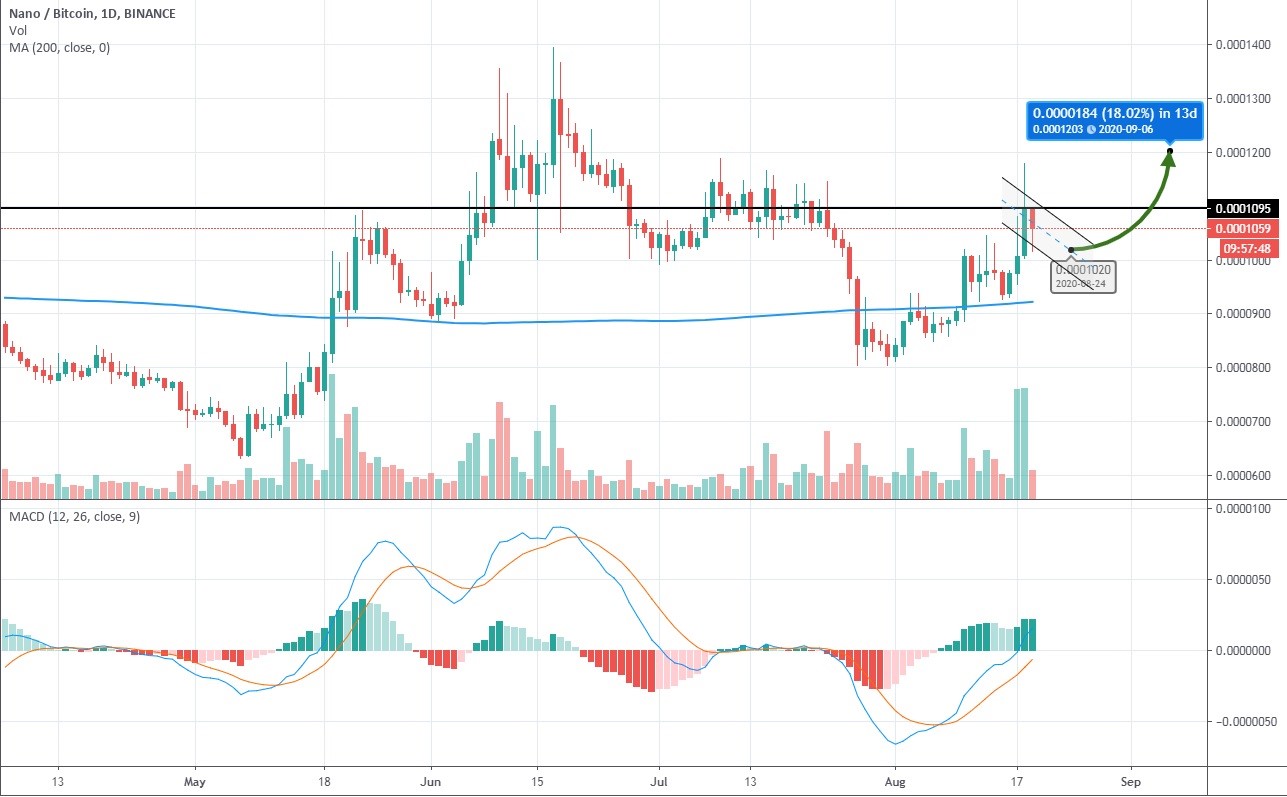 Similar to the USDT market, NANO’s bullish strive has been put out by the bearish pressure at 1095 sats, which is literally the strongest magnetic point for the period since June 2019. Judging from the size of the bullish volume that fueled the impulse, and the fact that MACD is entering the bullish zone, we predict the ultimate breakout to 1200 satoshis, possibly after some retracement.