In our last Nano price prediction article, we have correctly established the direction in which the price was to resolve the bullish flag pattern, as well as the next price target after this resolution. The price action had followed this scenario to the letter as it burst out of the pennant near the price level at $1 and went on a 4-week long rally that ran its course at $1.4, the predicted area of resistance that marked the finalization of the 43% bull rally. 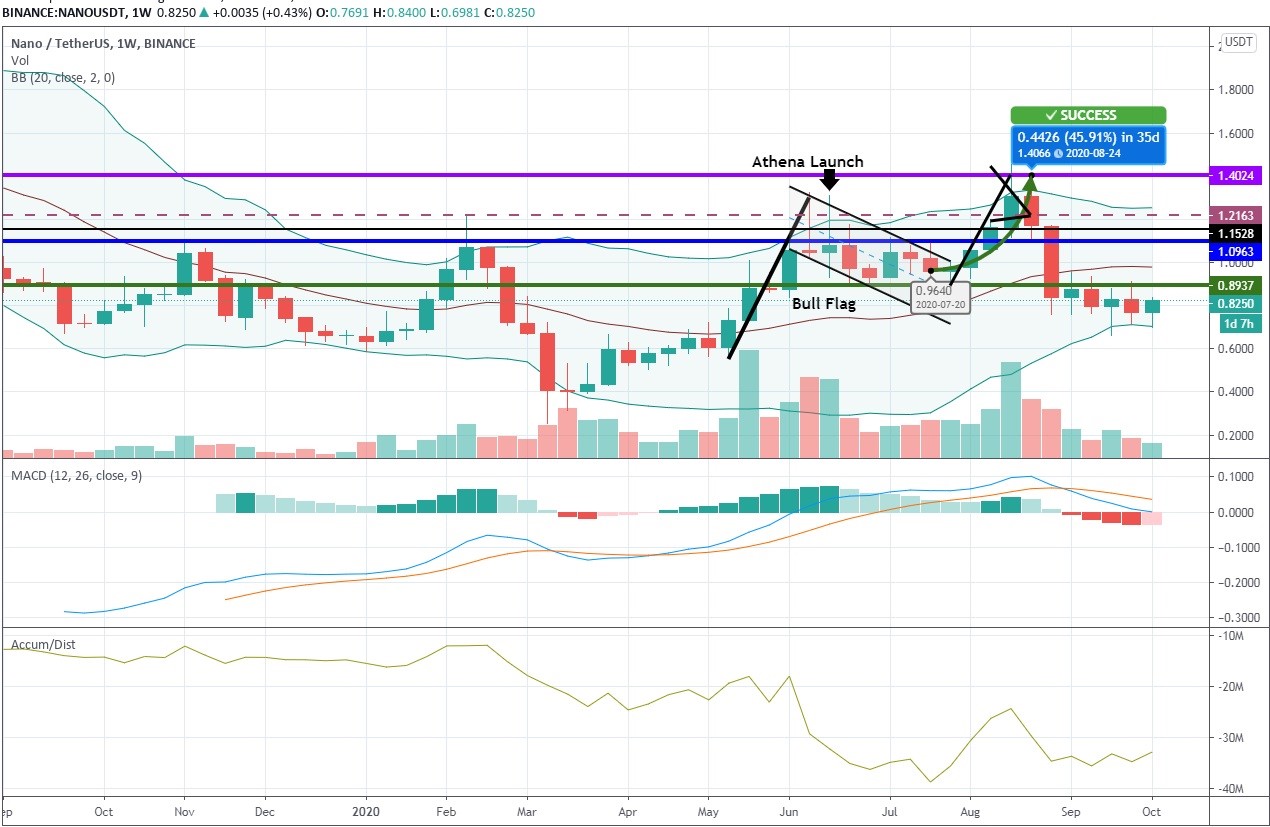 But that jolly rally came to an abrupt end at the beginning of September when the entire cryptocurrency market went tumbling down as the result of exponentially growing cases of coronavirus that spurred the talks of the second lockdown that would have an even more devastating effect on the global economy, and the cryptocurrency market by association.

In addition, the market was shocked by the news concerning the legal action taken by the IRS against BitMEX and its founder Arthur Hayes, who is accused of facilitating the money laundering through the exchange.

All these occurrences, along with the market overextension caused by the DeFi boom, led to NANO losing 55.6% of its value in a matter of five weeks and having its uptrend structure totally shattered.

NANO’s price: a drop or a lingering consolidation?

Let’s once again take a look at the weekly time frame after having adjusted it to the current reality in this market. 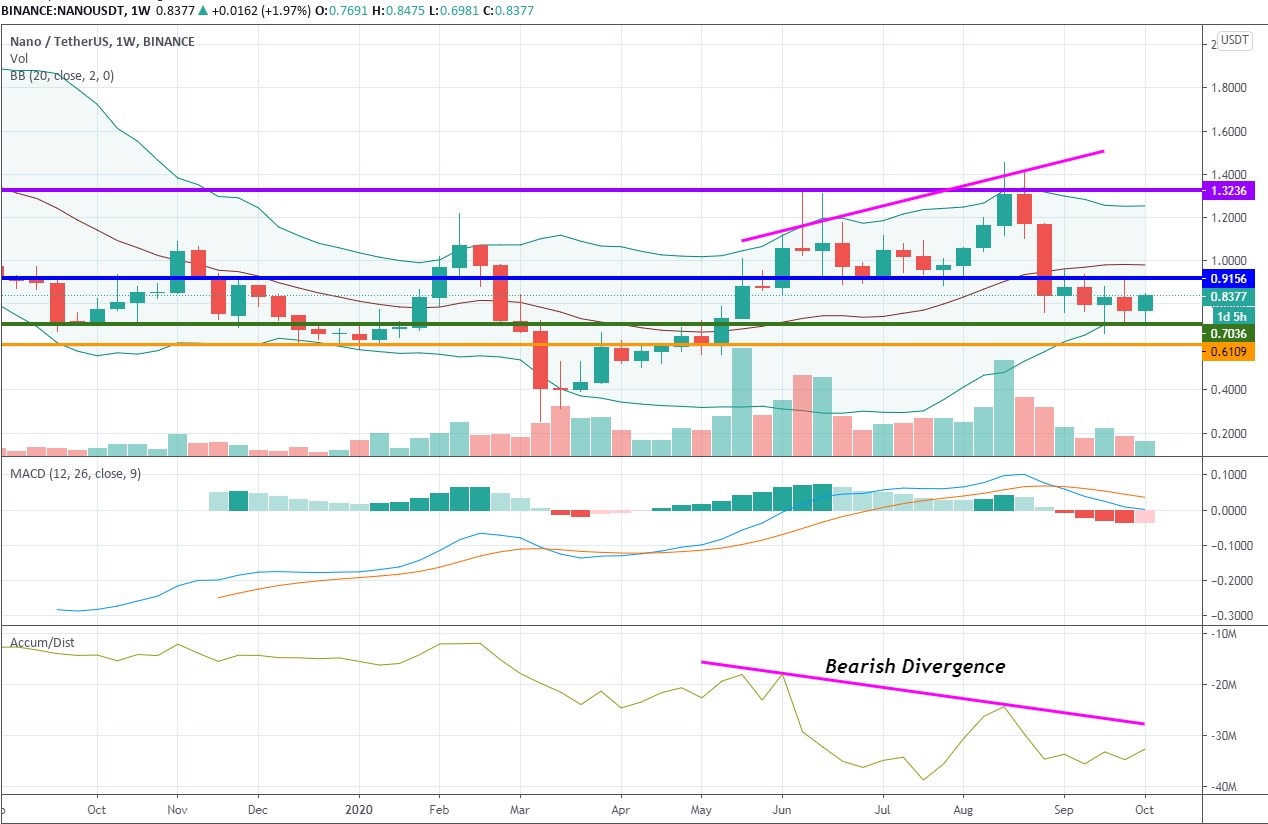 It is clear that Nano found the firm support at $0.7 that has been holding for three weeks, while the price was being locked in the range between $0.7 and $0.91 that has proven to be the magnetic point for over a year. It comes to show that the indecision is reigning over this market with a considerable inclination to the bearish side.

Notice that over the past five weeks, the open of each candle was always at the same level or lower than the open of the previous one, which means that the current checkmate pattern has a bearish bias to it.

MACD is heading south at full speed as the bearish momentum is escalating. It still has enough room to go even before the probable rejection at the zero line to see the price falling to $0.6 that served as the first resistance level after the March meltdown;

The Accumulation/Distribution indicator seems to have reversed after hitting bottom at -40M, but there is also a noticeable bearish divergence that would be further confirmed if its line gets rejected at -28M.

Therefore, we predict that NANO will fall to $0.6 at some point during the next two to four weeks that could broaden the consolidation channel. But should the buyers decide to step in and push the price above $1, Nano could easily spike to $1.2 - 1.3 over the course of a single week. But realistically, the price will stay under the $1 lid for quite some time.