The Bitcoin halving, and the hype that surrounded it, has come to pass and the first cryptocurrency began to give up some of its positions, as its dominance declined by 5%, which provided an opportunity for altcoins like Nano to go on a rally that has the potential to reverse the entire downtrend.

The bears are in despair as NANO breaks the resistance

The cryptocurrency that supports the feeless payment system that employs the innovative data structure dubbed Block Lattice, has been having a blast after the market crash, as it had easily bottomed out from $0.34 and went on a convincing bull rally that has so far pumped up Nano by the impressive 217%. 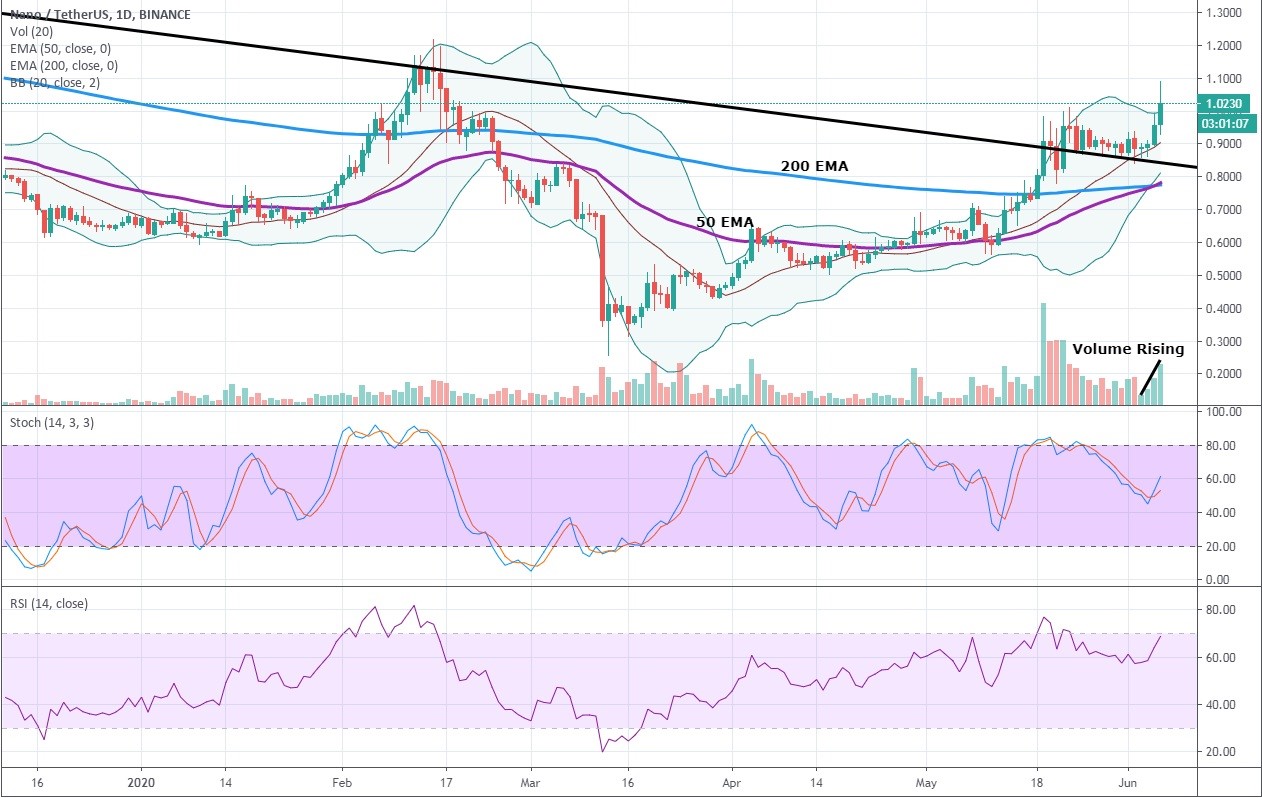 There is no need to tell at length how Nano made its way first above the 50 EMA and then the 200 EMA, and defied the pressure from the bears. The point is that the 54th cryptocurrency displays a virtually ceaseless vigor as it rammed and smashed an important vertical resistance at $0.88 that is definitive for the secondary downtrend.

On the chart above, you can see how Nano had decisively penetrated the resistance and went on to turn it into support, resolving a bullish flag pattern to the upside along the way. The Stochastic oscillator has been following the price diligently, showing no signs of bearish divergence, thus supporting the overall bullish sentiment in this market. The same applies to the RSI, which did have a big trough on May 11, but it didn’t come deep enough to form a divergence.

But what does seem to be emerging on the daily time frame is the golden cross, which is a rare pattern in this particular market, so there is a relatively high possibility that it would play out correctly.

In addition, the Bollinger Bands are making another squeeze that is a precursor to the price volatility. That presumption is supported by ATR that has already turned northward and is about to go past 0.08.

Lastly, the volume profile in the NANO/USDT pair has been extremely bullish since the current upside swing began, which is a textbook indication of the approaching bull run.

We predict that it will happen over the coming week and catapult the price by no less than 15%. Since the present move is only starting to unfold - and we have the confirmation in the form of the retest of the new support level and the rising volume - now would be a good time to enter a long position in this market and set the price target at $1.24 or even $1.4, if you consider staying here for a long haul. The most appropriate place for a stop-loss would be below the secondary downtrend resistance, now serving as support.

Virtually everything that tells about the looming bull rally in the pair with USDT applies in the BTC market, with the exception of the golden cross as both moving averages still remain relatively far away from each other. 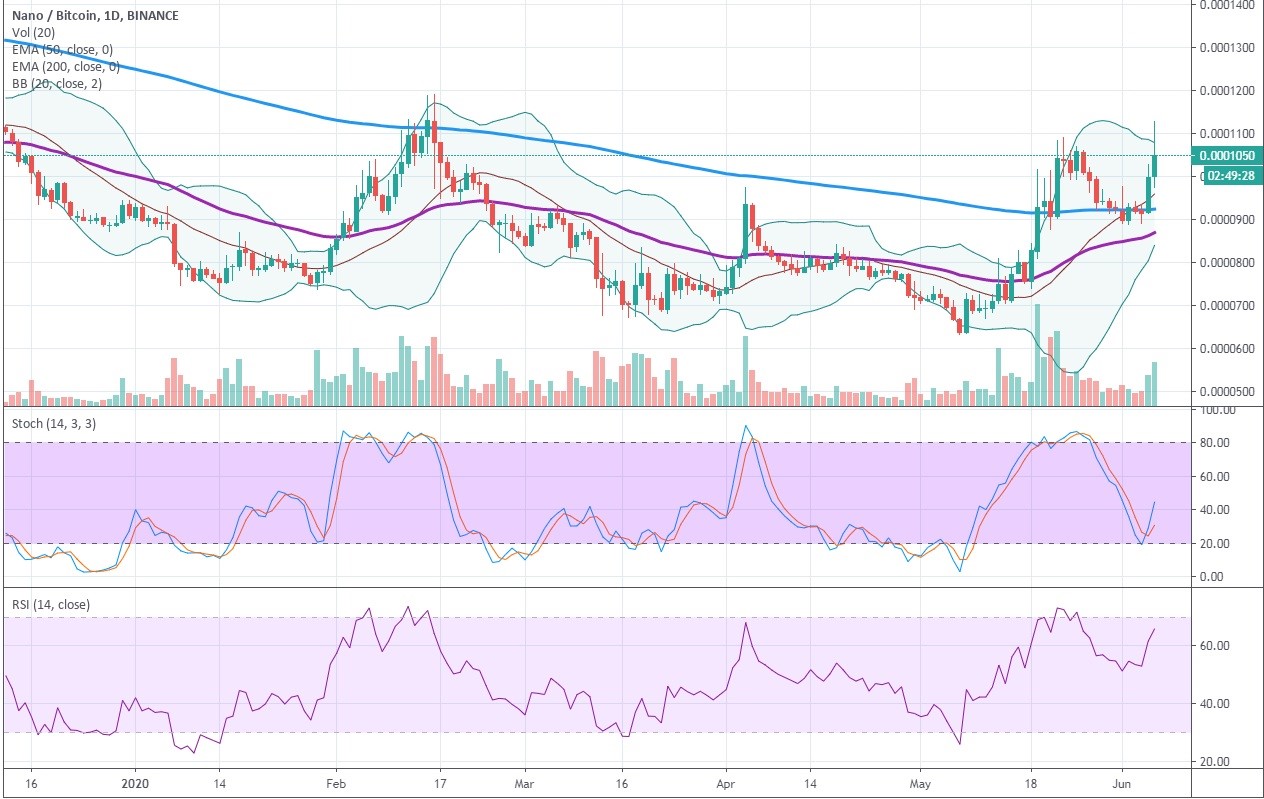 The price has successfully tested the support provided by the 200 EMA at 9000 satoshis and is now showing the signs of a strong upside impulse, also hinted at by both Stochastic and RSI. In this pair, the upside move to 13,000 satoshis is to be expected.