Anyone who has a profound insight into the tech behind cryptocurrencies know that that total anonymity, which is widely preached by most crypto enthusiasts, is a popular myth in the overwhelming majority of cases. In other words, technically, the entire path of Bitcoin transactions, and a host of other popular digital currencies can indeed be traced back to its origins, revealing the identities of their interim holders in the process.

However, that is not the case when it comes to the so-called privacy coins, like Monero, for instance, that employ one-time, also known as stealth, wallet addresses, ring signatures methods, as well as the ring confidential transactions. Furthermore, Monero utilizes the splintering mechanism that virtually divides the amount due to be sent in small portions which are being subsequently put together in the destination wallet.

Without delving further into fundamentals, it would be enough to say that Monero, and other privacy coins for that matter, bring something unique to the table, something that the dominant Bitcoin, Ethereum and other top-tier cryptocurrencies are innately lacking - absolute privacy and untraceability of transactions.

However, these perks come at a cost that can affect the price of Monero in both the short and the long run. The thing is that financial regulators seem to have a grudge against Monero and other privacy coins due to they allegedly being the favorite instrument is various money laundering schemes. For instance, the Financial Action Task Force, an international organization that deals with financial crimes, and anti-money laundering, in particular, made a demand, camouflaged as a recommendation to exchange platforms, that stipulates for the gathering of relevant information about all parties involved in transactions of virtual assets. As a result, several exchanges, such as OKEx and Upbit, announced that they will be delisting privacy coin, an act that will have a direct influence on the price of Monero in the near future. All in all, it is important to remember when attempting to predict the value of Monero in the coming months and years that the regulation is like a sword of Damocles, constantly hanging over its head (price). Therefore, it’s of vital importance to keep an ear to the ground in order to be able to make the right move as soon as the rumors of regulators’ intention to drop a hammer on Monero, and privacy coins in general, begin to swirl.

After a brisk bull run, which occurred in the period of March through June, when the price of XMR had put up three big green candles in sequence on the monthly charts, going from $48.67 all the way to $121.55, the entire cryptocurrency market has experienced a steep correction that saw Monero steadily decrease in value, dropping to the levels of $107, $98, $81, before experiencing a big drop of almost -15% to $55, which has spread out throughout the entire market. 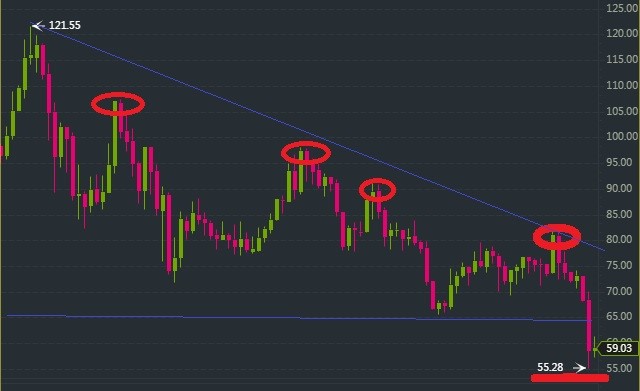 As of writing, the price of XMR seems to have consolidated at $59, awaiting market recovery. It is evident that the expected “Moon run” has been delayed, at least until the market recovers to its June levels.

XMR price prediction for 2020 and onward

In the mid-to-long run, Monero is definitely geared up for substantial gains, even though the coin had already displayed an impressive 2276% return on investment. 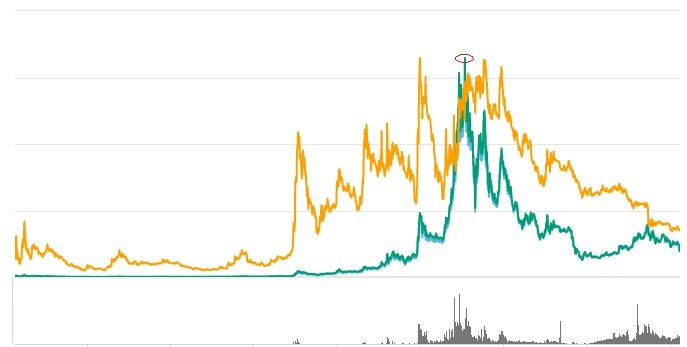 Should the market recover and go on another bull run, the price of Monero is expected to reach $300 by the spring of 2020. If the positive tendencies prevail, XMR will reach and surpass its all-time high of $471 by the end of next year.