It is quite fascinating how a cryptocurrency like MonaCoin (MONA) gets to be in such a favorable and healthy position at the moment, even though it doesn't have any unique fundamental value to boast about - MONA supports a P2P payment network. Also, it is not featured on any major cryptocurrency exchange - nearly 90% of all trading activities take place on a relatively small platform, in terms of liquidity, called Bitbank, with the overwhelming majority of operations occurring in the pair MONA/JPY. The trading volume itself is okay for the coin that is ranked 60th - over the past three months, it amounted to $4 million/day on average.

But it is the gains factor that should really drive the attention of retail traders towards the Japanese cryptocurrency. Even though MonaCoin is not the strongest of gainers, it still managed to remain in the green on the yearly time frame against USD (29.6%), Bitcoin (16.4%), and Ethereum (47.5%), and it is also in the double figures on the monthly time frame.

The all-time ROI still stands at an impressive 2042%, with the all-time low at $0.019 being nowhere near the current price of $1.65. Therefore, despite being the quiet coin that doesn't attract a lot of attention from news outlets and crypto experts, MONA is putting up respectable results, thus making this market worthy of opening a position, given that you are registered on Bitbank, Bittrex, Crex24, or other exchanges that feature this coin.

MONA is in the revival mode

The all-time chart of MonaCoin shows that the price is actually making an effort to initiate at least a secondary uptrend by making lower highs at the end of each price cycle since the beginning of 2019. 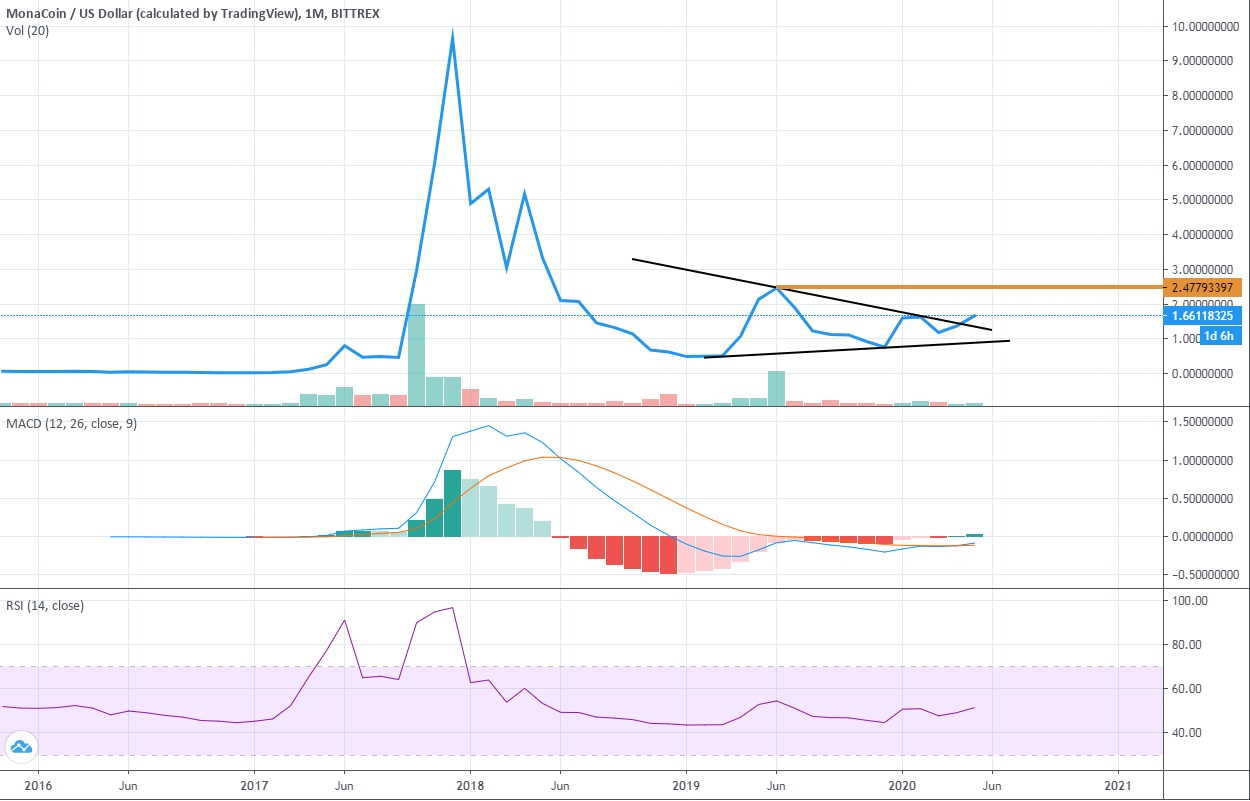 These lower highs, however, constituted a part of the rising wedge, which is deemed as a bearish pattern, although from the looks of it, the price has actually broken out of the wedge to the upside, signifying the probable start of the bullish rally. But if that's the case, the rally is at a very nascent stage because MACD is still in the bearish territory slightly below zero, showing no apparent intent of switching to the bullish side. The 14-period RSI hasn't left the neutral zone between 40 and 60 for nearly two years, but right now, the oscillator travels lazily northward, which could mean that the bulls are gradually seizing the initiative. If the buyers do get the upper hand in this market on the macro level, then MONA's next price target is at $2.4, which is a peak of the bull rally of the summer of 2019.

On the daily time frame, MonaCoin is sitting at an extremely important juncture that could decide the course of its price action for the next few months. 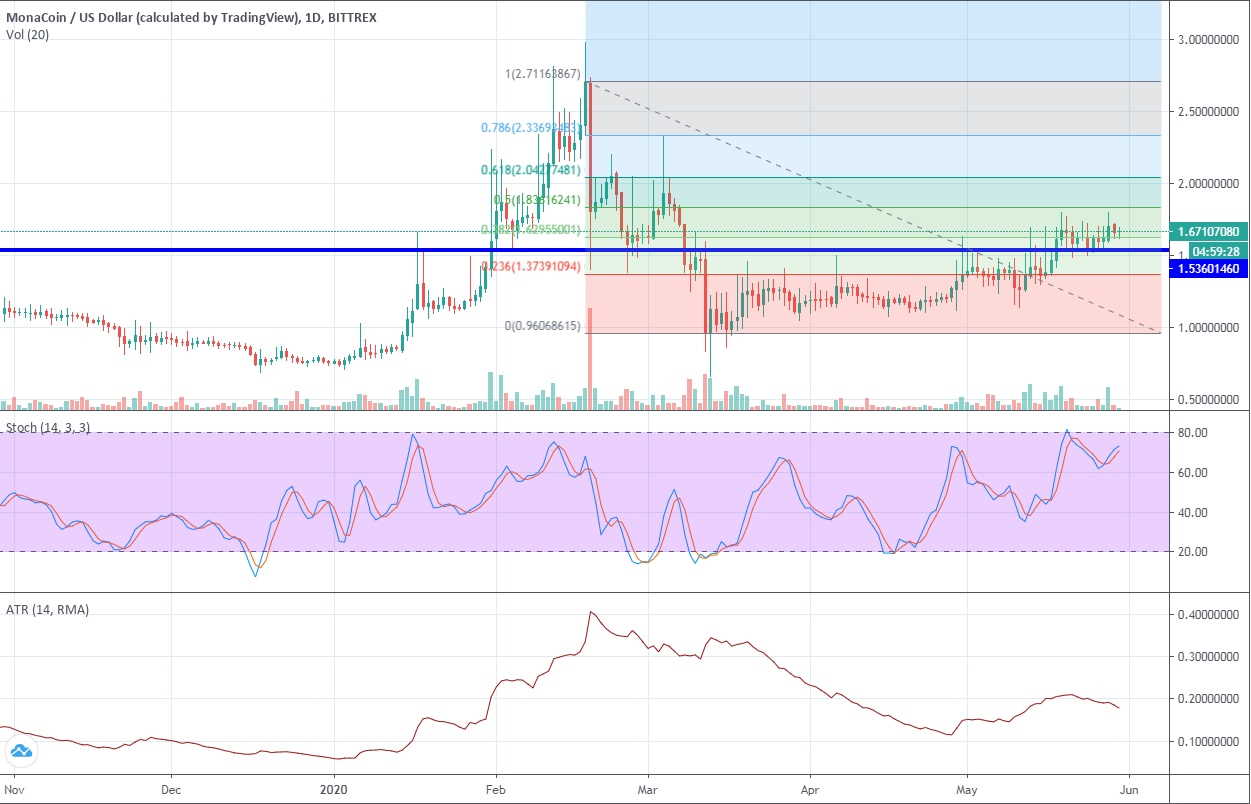 At the beginning of May, MONA rose above a crucial resistance at $1.53 that has been the point of attraction for the price ever since it had gone out of hibernation in 2017. It is vital for MonaCoin to stay above that level if it ever intends to go bullish, while traders should consider it a good determinant for a stop-loss. Stochastic is still bullish on MONA as it is yet to enter an overbought region, though ATR began to decline, so we expect a certain period of consolidation with bullish inclination, upon which the price could go above $2.