If someone made a competition for the title of the most suitable cryptocurrency for swing trading, Matic Network would have been amongst the favorites. A quick look at the historical price action of MATIC is enough to understand that this coin is bound for sharp rises and deep corrections, therefore, offering traders who are confident in the ability to catch the swing in timely fashion plenty of opportunities to fatten up their accounts. 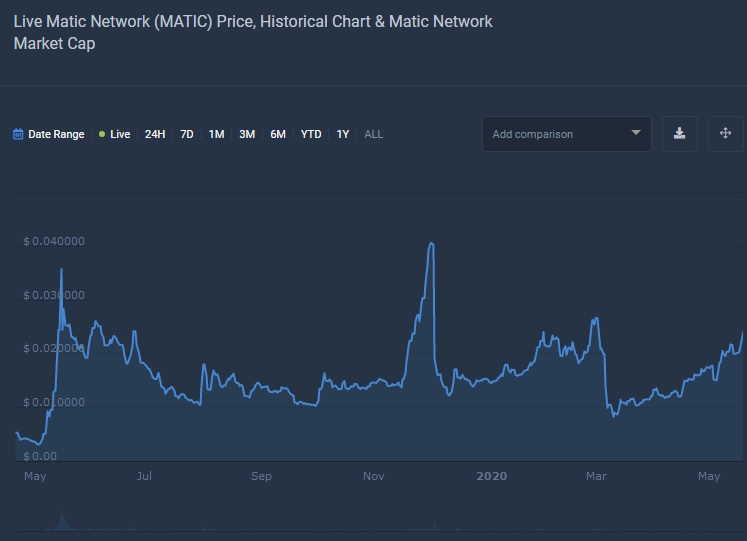 Even though Matic Network has been around for slightly over a year - the coin was listed on major exchanges in April 2019 - it has made itself heard among traders thanks to its sometimes overly volatile price action, which, nevertheless, bears substantial profits to those who know how to trim their sails and adapt to new conditions that emerge every so often in the MATIC market.

Although MATIC didn’t quite manage to barge into the top 50 right away, it still has a serious backing in the form of Ethereum foundation, which provides security guarantees for the platform that also specializes in decentralized applications, as well as Binance that carried out the IEO and since then has been actively promoting this coin.

But readers can engage in trading MATIC even without delving deep into its fundamental peculiarities, which are quite attention-grabbing, by the way. A simple look at its price action from last year and the gaining profile would be enough to start elaborating on trading strategies. 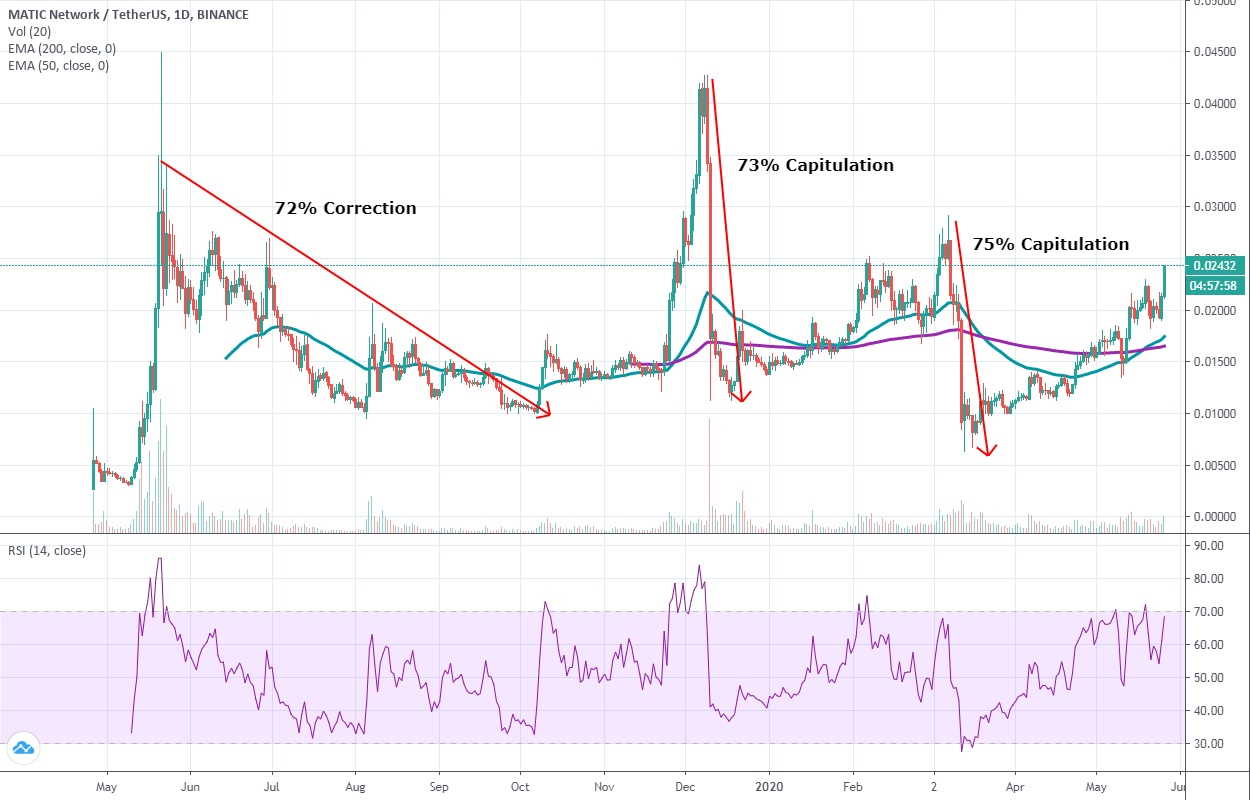 And the most appropriate strategy here would be to calculate the top of the upswing and then sell the entire position right when the market starts signaling about the reversal. The chart above shows that there is no point in holding the currency after the upward momentum snaps because when Matic Network goes into a correction mode, it does so in the capitulation style. During each of the three previous cycles, MATIC has had a correction of no less than 70%, so it is of the utmost importance to try and predict the top of the bull rally correctly, or at least not too late, because, otherwise, you would risk losing a sizable chunk of profits. 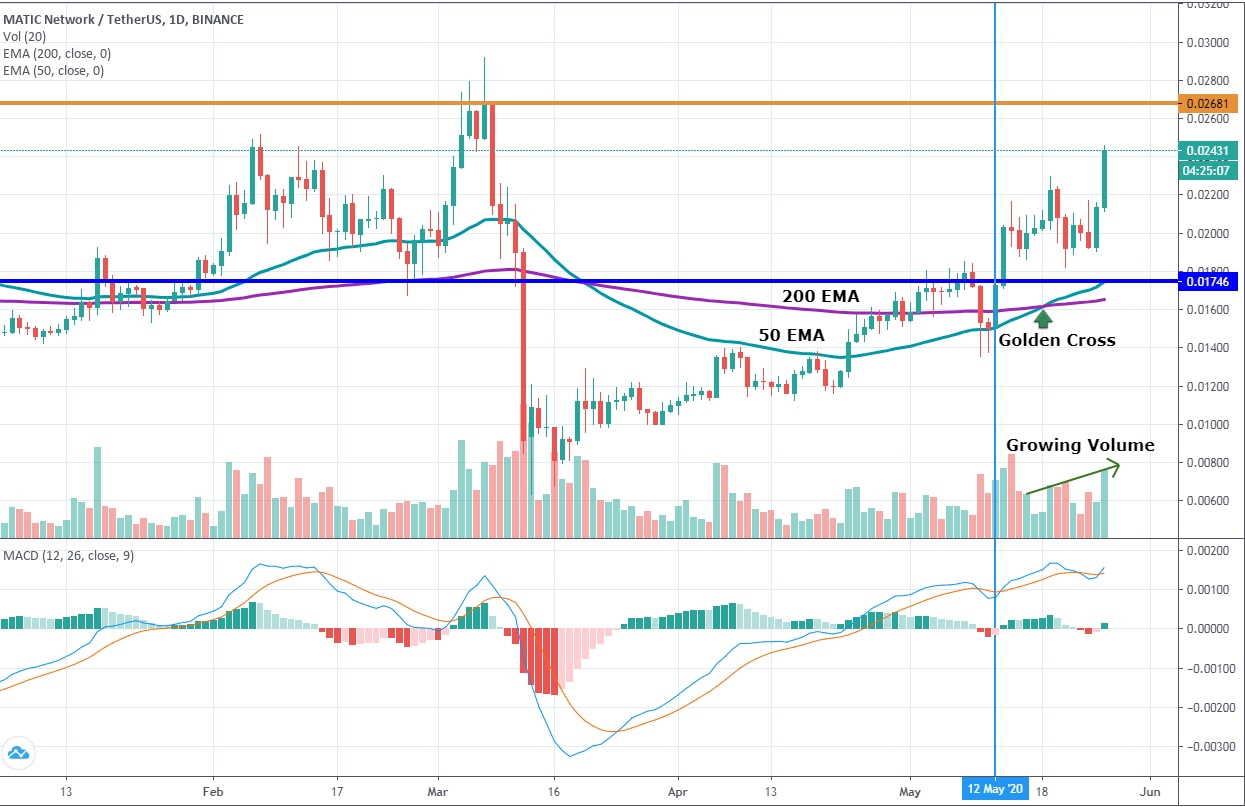 With that in mind, let’s revert to the current price action with MATIC being priced at $0.024, as of writing. This price is the result of a 70% increase in value against USD, and 36% against the brotherly Ethereum. The chart says that MATIC is finally getting into gears for a serious upside move with three reasons to back up that claim:

After the first one, Matic Network went on a bull run and breached the heavily armored resistance at $0.017, which has been a strong point of attraction for the price throughout the past year. In the short term, we see MATIC testing this year’s high at $0.026 and breaching it because everything lines up bullishly for this coin right now. Should the market participants find consensus regarding the price being above $0.026, it would be an open road towards the all-time high at $0.042.